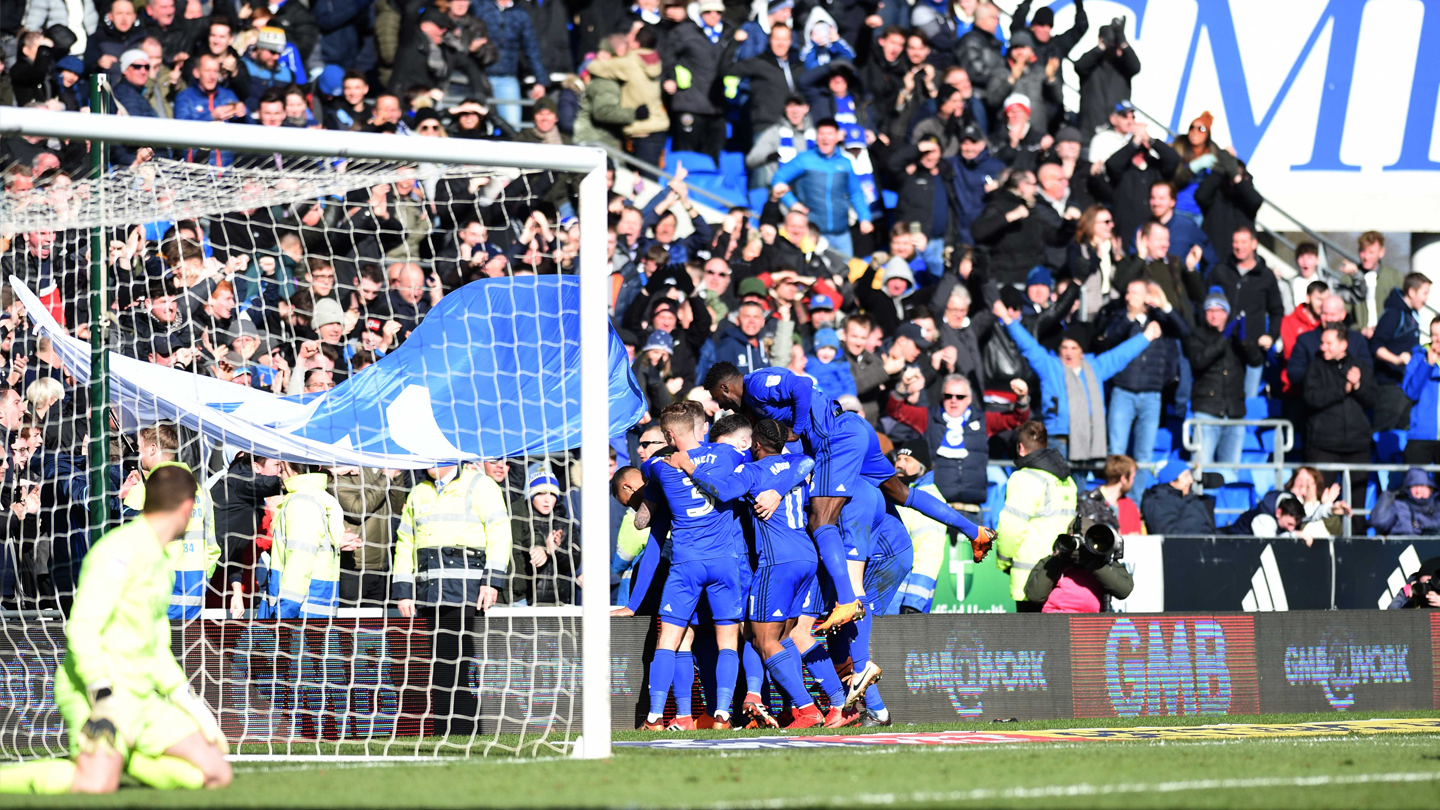 City made five changes to the side that defeated Ipswich Town last time out, with Joe Bennett, Liam Feeney, Greg Halford, Callum Paterson, and Gary Madine coming into the starting eleven.

The Bluebirds’ first opportunity came after six minutes from a Junior Hoilett free-kick. The Canadian international whipped the set-piece into the area and Madine connected, heading agonisingly over the crossbar – the 27-year-old coming close to scoring his first City goal on his home debut.

Warnock’s men weren’t far off again when Feeney broke down the right flank. The 31-year-old delivered a cross for Paterson, who flicked it onto Madine, and his shot was blocked. The ball arrived at the feet of Joe Ralls, who hammered an effort towards goal that was deflected wide for a corner. Sol Bamba couldn’t direct his header on target from the resulting set-piece.

The home side were dominant, and not long later Bamba played a terrific through-ball from central midfield to send Feeney through on goal. The winger was forced into a first-time attempt due to pressure from the covering defender, and the diving Frank Fielding kept him out. Halford also saw a strong effort on target smothered by the 'keeper before the half-time whistle blew.

After the interval, it took Cardiff City seven minutes to come close to breaking the deadlock once more. The newly introduced Kenneth Zohore took advantage of weakness in the Bristol City defence, showing his pace to burst clear, before his powerful delivery was almost diverted into the net by Korey Smith.

On the hour mark, Paterson was next to try his luck. Ralls’ delivery from the left wing was flicked on by Zohore from just outside the six-yard box, and the Scotland international volleyed onto the roof of the net.

A deflected effort from Famara Diédhiou and a crucial Bamba intervention were as close as the visitors came to a goal in the second half - the City back line in a miserly mood as they looked for their fourth consecutive clean sheet.

The Bluebirds’ domination finally paid off after 82 minutes, as Zohore opened the scoring. Ralls broke past two defenders and drove a low ball into the area towards Paterson – his strike was parried, and big Ken made sure to finish on the follow-up from close range.