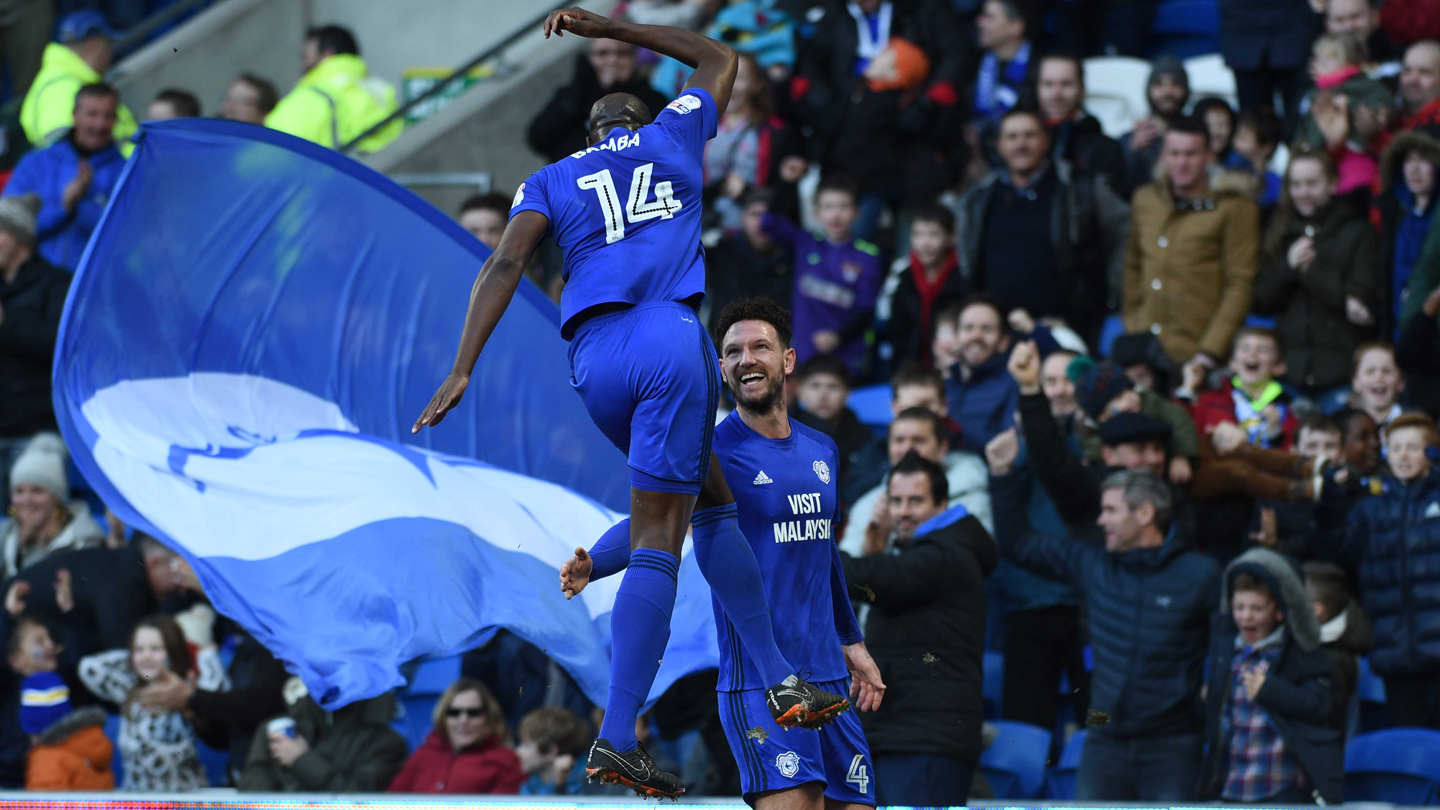 Match report for Cardiff City vs Middlesbrough on 17 Feb 18

Sean Morrison scored the only goal in a battling home victory over Middlesbrough, putting the Bluebirds second in the Sky Bet Championship table.

Neil Warnock made two changes to the side that defeated Bolton Wanderers last time out, with Joe Bennett and Sol Bamba coming in for Lee Peltier & Jamie Ward.

The Bluebirds’ first opportunity came after eight minutes, when Junior Hoilett fired over from 12 yards out. Callum Paterson did well to set up the Canadian international after winning an aerial duel inside the box.

Tony Pulis’ side soon responded with a spell of their own. The in-form Adama Traoré evaded a sliding challenge from Marko Grujić on the halfway line, before charging goalwards and seeing his 20 yard shot saved comfortably by Neil Etheridge.

Just after the half-hour mark, the hosts were awarded a free-kick on the edge of the area as Ryan Shotton brought down Zohore. Hoilett stepped up to take the set-piece and swung in an exquisite delivery putting an opportunity on a plate for Sean Morrison. The skipper made no mistake, heading home his third in four games to put the Bluebirds ahead.

The now dominant home side almost doubled their lead ten minutes later. Joe Ralls out-muscled Jonny Howson but was unfortunate to see his low effort glance just wide of the near post.

Into the second half, and the lively Armand Traoré showed fantastic skill to outfox two defenders before shooting just wide of goal.

The Bluebirds had to be careful though, as they were caught on the break five minutes later. Former England international Stewart Downing surged forward before shooting low across goal from the edge of the box.

Cardiff City responded to Boro’s effort to draw level by almost extending their lead. Grujić found space just inside the box before delivering a high ball to Zohore who headed just off-target.

Substitute Loïc Damour came on to provide invaluable energy in the middle of the park, and almost netted in spectacular fashion. The Frenchman volleyed first time from 20 yards but Randolph made a superb diving save to his right to keep out the powerful effort.

The referee added on an additional four minutes, but the Bluebirds were able to see out a tense finale to gain another home victory at Cardiff City Stadium.