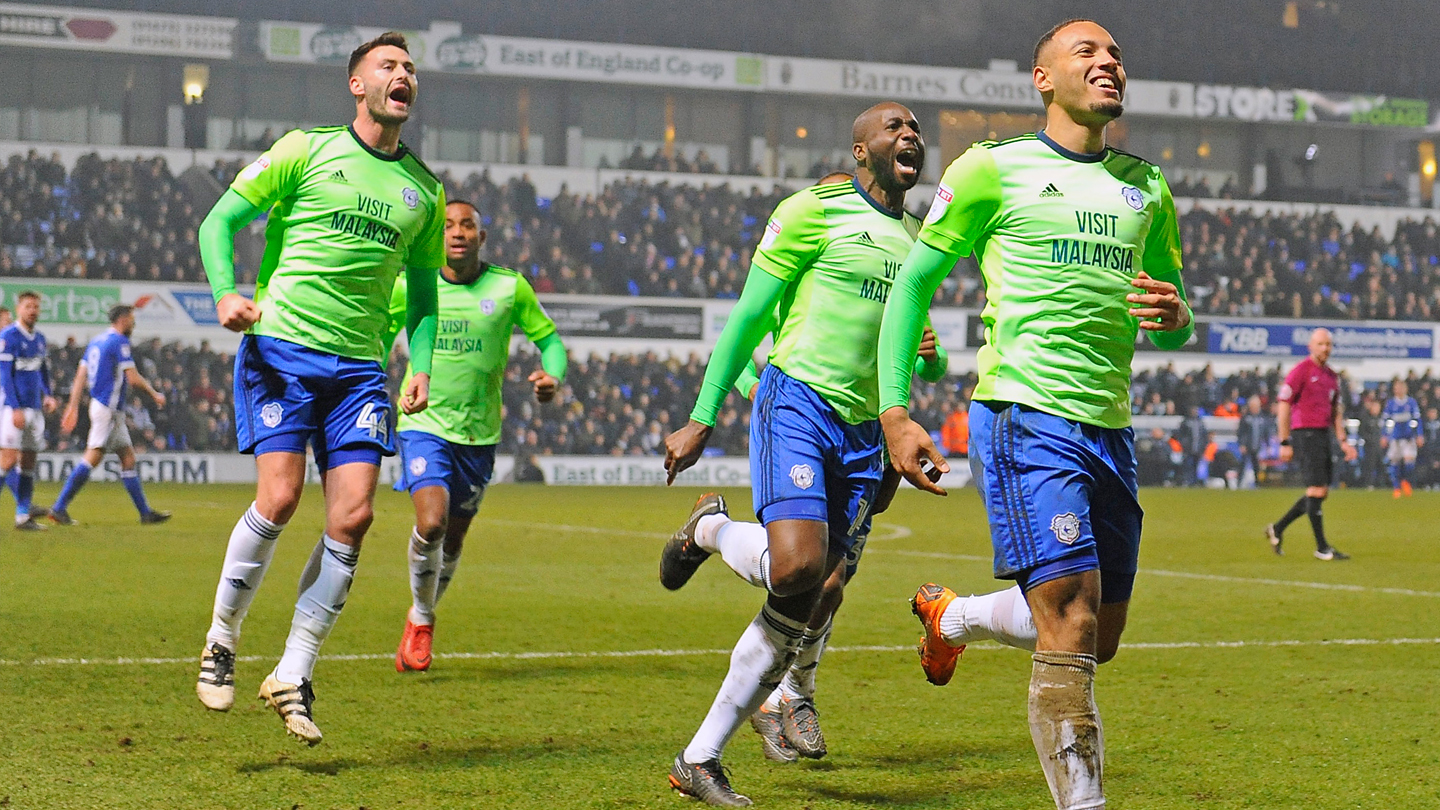 The Bluebirds came out of the traps quickly at in East Anglia, pressing their hosts back and earning a succession of early corners.

Matt Connolly, deputising in the absence of Joe Bennett and Armand Traoré, came inches from giving City an immediate lead from one such corner. After Joe Ralls sent the ball in, it fell to the defender, who hit his half-volley just wide of the post.

Ipswich soon came back into the game and had a spell of their own, with Neil Etheridge pulling off a strong save low to his left-hand side to keep out Grant Ward’s drive.

Bersant Celina also went close for the Tractor Boys, rounding Etheridge but taking the ball too wide to create a meaningful effort on target.

City were dealt a blow with half-time looming as talismanic skipper, Sean Morrison, was unable to shrug off a knock - being replaced by Greg Halford in an otherwise quiet opening period in East Anglia.

Not long into the second half, Adam Webster headed over for Ipswich, before Loïc Damour went close at the other end, drilling wide from the edge of the box.

However, a scrappy contest at Portman Road had it’s pivotal moment just after the hour mark, as the Bluebirds struck a decisive blow.

Kenneth Zohore attempted a spectacular bicycle kick inside the area, but miscued his effort and landed on the ball. With the Ipswich defence motionless, big Ken leapt back to his feet and poked the ball home at the second attempt; opening the scoring with a vitally important strike.

Zohore saw a header drift over as he almost doubled City’s advantage, while the lively Ward curled an effort over Etheridge’s bar in response.

As the clock ticked down, Cardiff City’s now makeshift defence held resoundingly firm, with Halford and Connolly both racking up crucial clearances for the Bluebirds.

After three minutes of additional time, the referee signalled an end to the game, seeing Neil Warnock’s second-place men open up a four point gap beneath them in the Sky Bet Championship table.