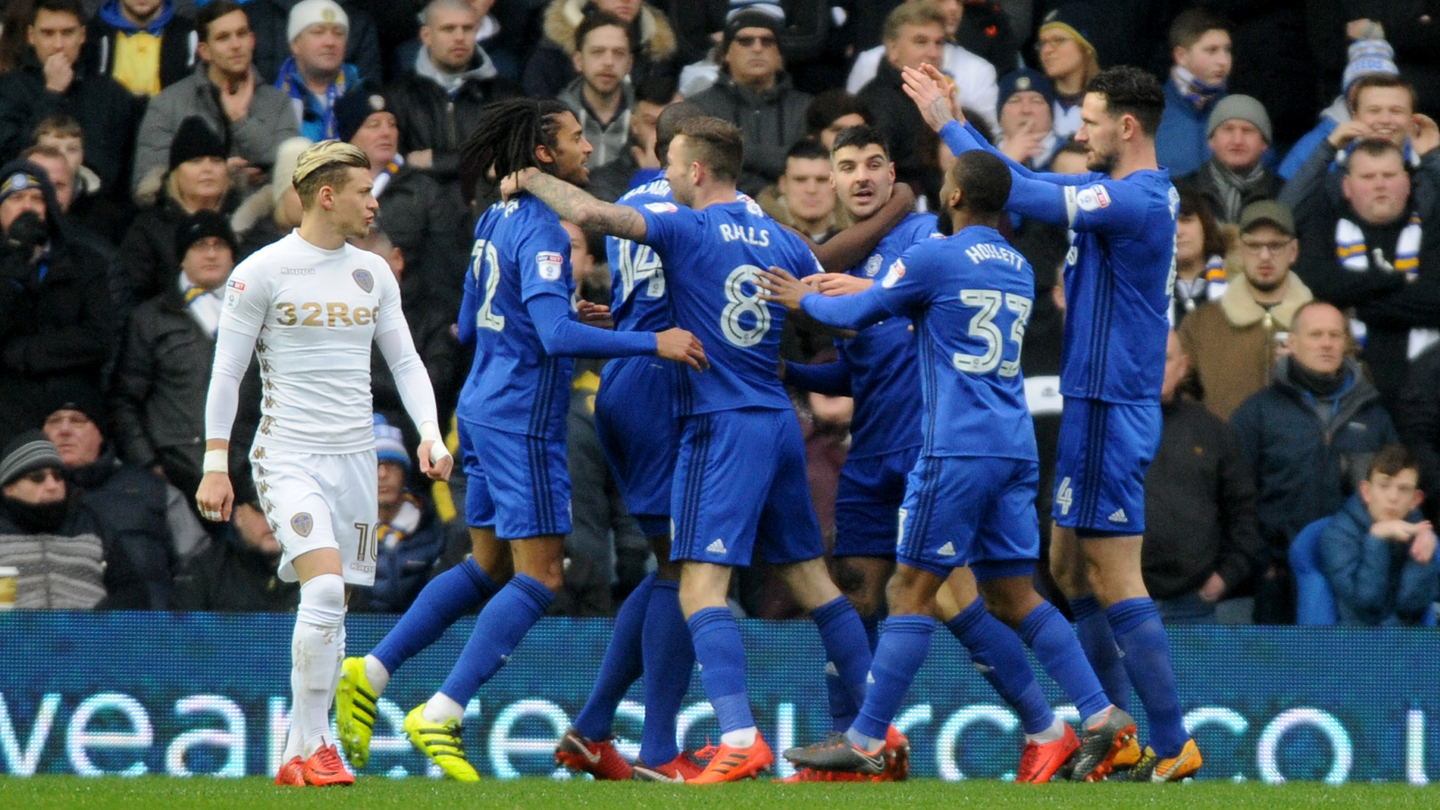 The Bluebirds completed a Sky Bet Championship double over Leeds United with a resounding 4-1 victory at Elland Road.

City got off to a flying start, taking the lead nine minutes in through Callum Paterson. Sol Bamba’s header forced a Cardiff corner, from which debutant Armand Traoré collected the ball and crossed towards the back post. Paterson was on hand to head home, netting his fourth goal for the Bluebirds this season.

Riled by the early opener, the hosts looked for a quick response and forced Neil Etheridge into a fine save four minutes later. Pierre-Michel Lasogga took a shot from the edge of the area, with Etheridge getting down to tip the ball onto the post. Lasogga had another golden chance with twenty-five minutes on the clock, heading against the crossbar at the end of a swift counter-attack. The follow-up strike from Ezgjan Alioski was blocked on the line for a corner.

As the half ticked into the final five minutes, City doubled their lead thanks to Junior Hoilett. The impressive Paterson broke past his marker and into the area, taking a low shot towards the far corner. Although his effort was going wide, Hoilett beat his man and slid in to ensure the ball ended up in the back of the net.

The Bluebirds netted their third goal of the afternoon deep into injury time, with Sean Morrison the scorer. Leeds were reduced to ten men when Gaetano Berardi's late tackle on Yanic Wildschut earned the Leeds defender a second yellow card. From the resulting free-kick, skipper Morrison towered above the Whites defenders, ensuring a comfortable half-time lead for the Bluebirds.

Leeds came out for the second period in determined fashion and found a way back into the match on fifty-four minutes. Stuart Dallas picked up a loose ball inside the Cardiff half and broke into the box, delivering a low cross towards the centre. In an attempt to clear the ball, Sol Bamba unfortunately converted into his own net, giving the hosts a potential lifeline.

Having defended valiantly in the second period, the Bluebirds made the most of their numerical advantage and enjoyed a number of opportunities on the counter-attack. Finding himself in space on the edge of the box, Paterson’s powerful drive went just wide of the far post. Another move down the Cardiff left saw Hoilett beat his marker, and lay the ball off to the unmarked Joe Ralls, who similarly shot just wide of the upright.

As the hosts pushed for a second goal late in the match, it was the Bluebirds who deservedly wrapped up the points two minutes from time. With space appearing in the Leeds half, Hoilett broke down the right flank, aided by Paterson. The two goalscorers combined passes, as Paterson entered the box. His low drive across the face of goal narrowly evaded substitute Kenneth Zohore, only for Anthony Pilkington to arrive and slot past Felix Wiedwald with ease.

The full time whistle signalled an impressive away victory for Neil Warnock’s men, who head to Millwall in their next League match on Friday, February 9th.