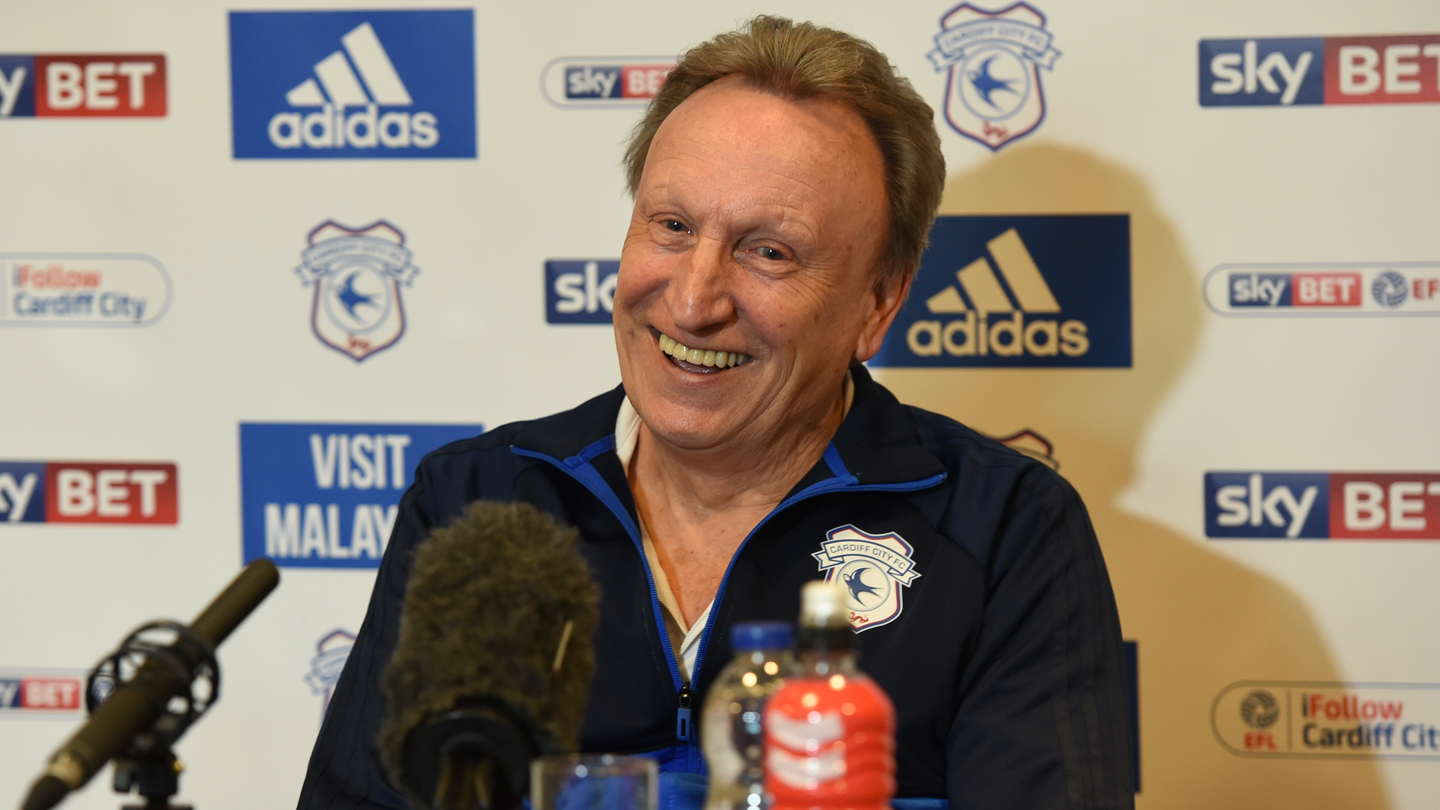 Warnock: These are great games for the fans!

Neil Warnock held a pre-match press conference on Friday morning ahead of this Sunday’s Severnside Derby at Cardiff City Stadium.

The Gaffer began by reflecting on Wednesday evening’s battling victory away at Ipswich Town - the Bluebirds’ third win on the bounce and seventh game unbeaten.

“It was probably as good as any win this season, in the circumstances," he began. "Because we didn’t know where we were on Wednesday. It was such an important game and we ended up having players playing out of position, and really doing very well.

“I know it was a scrappy game and you could see they were trying hard for Mick [McCarthy]. I think the difference was having Gary Madine available and I couldn’t wait to get him on for that second half.”

Neil then looked ahead to this Sunday's crunch clash at Cardiff City Stadium, explaining that his men know just how important derby games are to the City supporters.

“These are great games for the fans," he said. "Their fans say things about us, our lot say things about them - and the managers are the same. It’s great and that’s what you want from a derby.

“All over the world, your derby matches are a little bit special - and I think our lads know that with the build-up to Sunday’s game.”

The City boss also gave an injury update to the assembled press and media, revealing some welcome news about Bluebirds skipper, Sean Morrison.

“We had good news yesterday with Morrison," the Gaffer continued. "It’s not as bad as I thought it might be. I thought that, knowing our luck, it would be quite a few weeks - but the scan didn’t show anything much.

“So it’s a matter of days rather than weeks. I would think it will be too early for Sunday, but I wouldn’t write him off just yet, knowing him.

“He’s a good man to have in the trenches with you. For me to have a captain like him has been fantastic for me. I’m very lucky that in my dressing room I’ve got three or four captains. They’re good people and I don’t have to do much around the place, because they sort it out.”