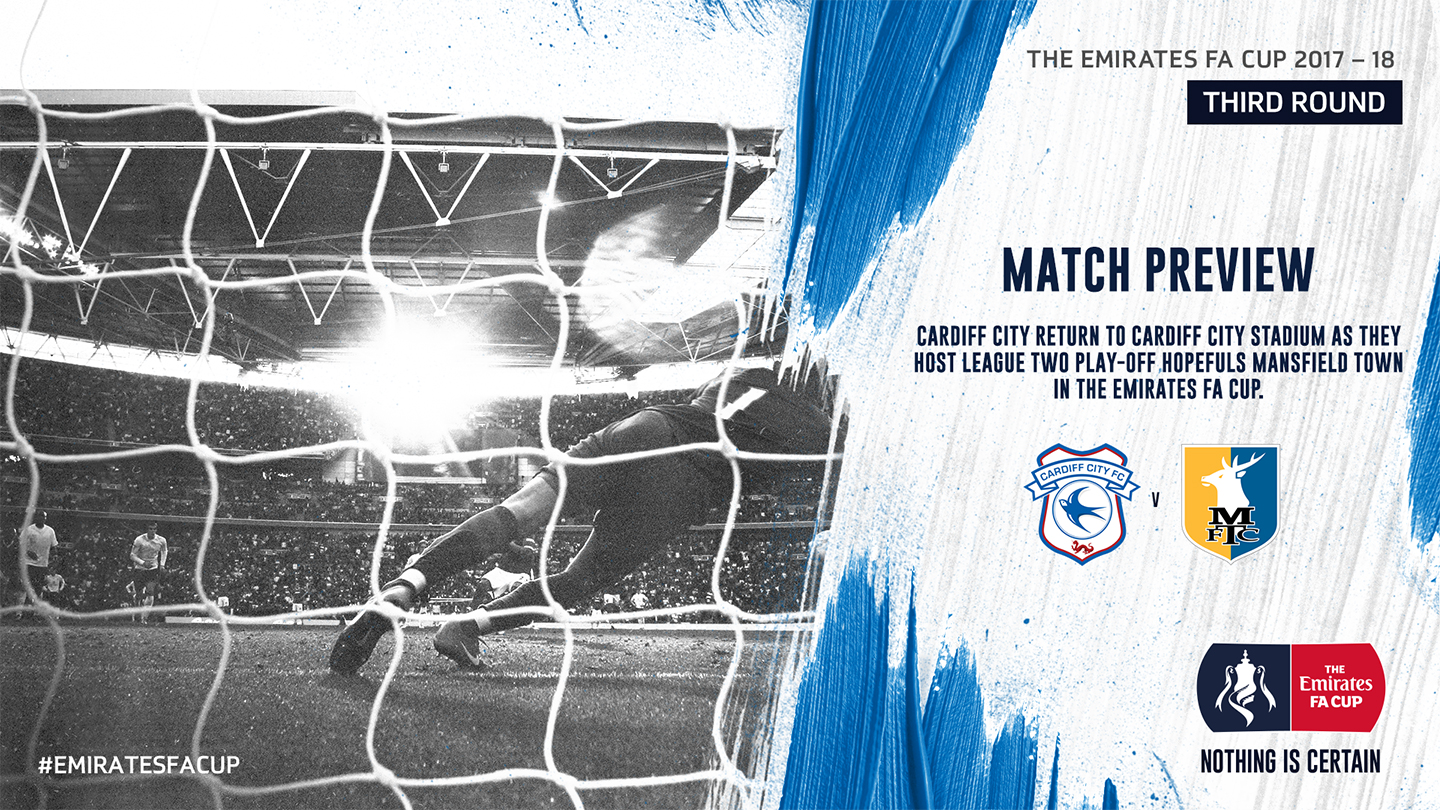 Steve Evans’ side make the trip to the Welsh capital off the back of a 3-1 win against Carlisle United on New Year’s Day.

What to expect from the Stags…

Mansfield’s Emirates FA Cup journey started in November, as they defeated Shaw Lane FC in the First Round before defeating Guiseley a month later.

Striker Danny Rose has been the standout performer for his side thus far, scoring 12 goals in all competitions. The 24 year-old netted twice in that win over Shaw Lane, and also played a part in victory over Guiseley.

Oxford United loanee Kane Hemmings is another who has hit the ground running since his move in the summer transfer window. The 26 year-old currently has seven goals to his name from the 18 appearances he has made – sitting just behind Rose in the Mansfield goal-scoring charts.

Steve Evans is currently in charge of his sixth team since retiring from playing in 1986. The 55 year-old took the reins at Mansfield after departing from Leeds United in November 2016.

Simon Haworth wins a battle in a 3-1 Division Three win over the Stags, 8th March 1997.

The Bluebirds have won the last two meetings against Saturday’s opponents, both by a 1-0 scoreline. The latest came in Division Two back in March 2003, as Robert Earnshaw netted in the second half to secure victory at Ninian Park.

The two sides have never met in the Emirates FA Cup before, but have come up against each other on four occasions in the League Cup – with City twice progressing over two legs.

Liam Lawrence started his career with the Stags, before making the move to Sunderland in 2004. Eight years later he joined the Bluebirds on a loan spell from Portsmouth, making 13 appearances and scoring on one occasion.

Solomon Taiwo – now with Bishop’s Stortford - and Lee Bullock, who is a player manager at Whitby Town, have also both represented City and Mansfield in their careers.