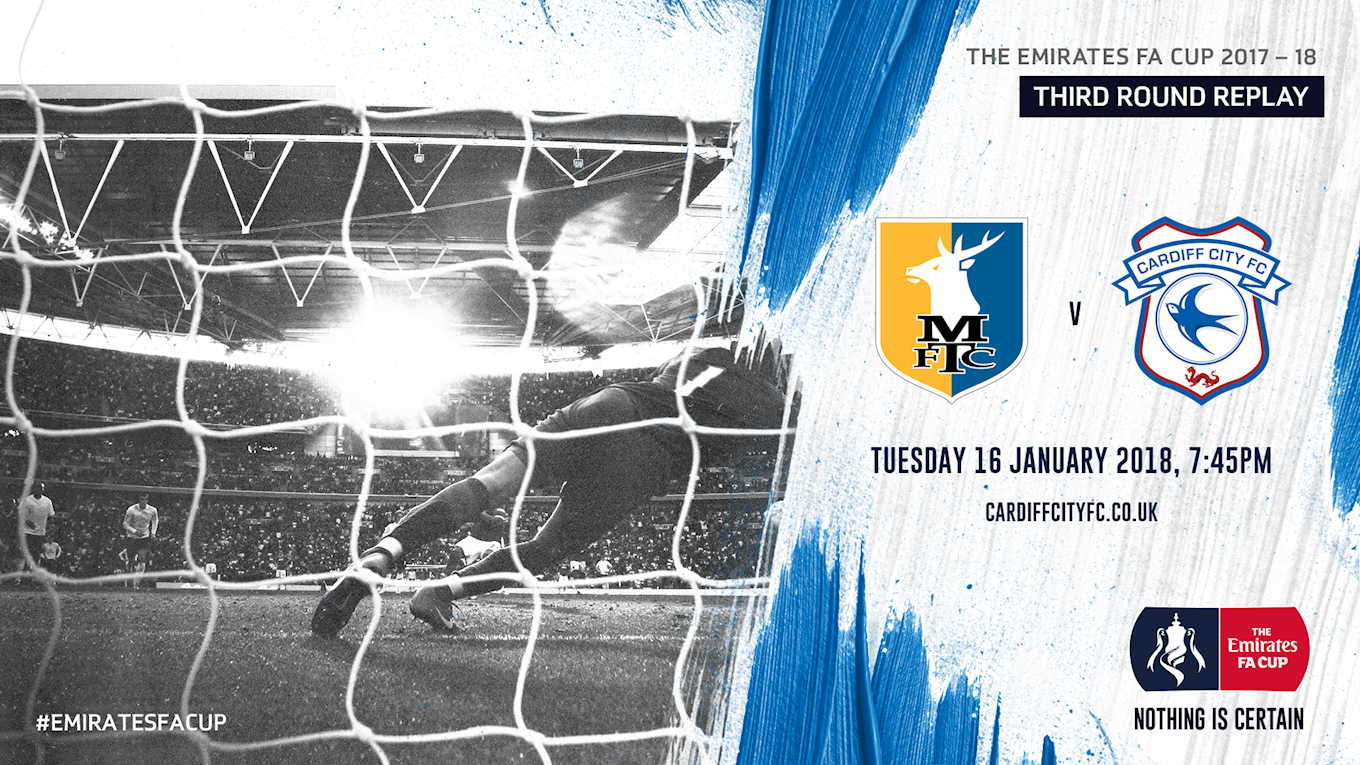 Cardiff City make the trip to Mansfield Town after the Stags held City to a goalless draw in the Welsh capital.

Mansfield were involved in another goalless encounter at the weekend, this time against Cambridge United, but they do remain in the Sky Bet League Two Play-Off positions on goal difference.

In 1969, the Stags provided one of the shocks of the competition as they dispatched West Ham United, who at the time were sixth in the old First Division.

Coming from behind in the Fourth Round, they defeated Southend to set up the glamourous tie at Field Mill. With a Hammers side full of quality, including the likes of Sir Bobby Moore, Martin Peters and Sir Geoff Hurst, the tie was postponed five times before Mansfield eventually provided an upset with a 3-0 win.

The Stags became only the fourth team in history to knock out clubs from five different leagues in the same competition - eventually progressing to the quarter finals, losing out to Leicester City.

Steve Evans and the FA Cup…

The Fifth Round is the furthest the 52-year-old has ever reached in the competition, achieving this during the 2011/12 season whilst in charge of Crawley Town – who were in the Conference National League at the time.

Evans defeated Swindon Town, Torquay United and Derby County before being drawn in a dream tie away at Manchester United, which they narrowly lost 1-0.

He also reached the Fifth Round with Leeds United in 2015/16. However, a defeat by the same scoreline to Watford following a Scott Wootton own goal saw the Hornets go through to the quarter finals.

What the Gaffer has to say…

“We want to win the tie," said the City boss. "We had very few options in the first game, and the team we went with was the strongest I could have picked in the circumstances.

“We know – even with a full team – that Mansfield are quite capable of beating us so it’ll be a tough game. The atmosphere will be very good, it’ll be a full house and I’ve had some great battles up there.”