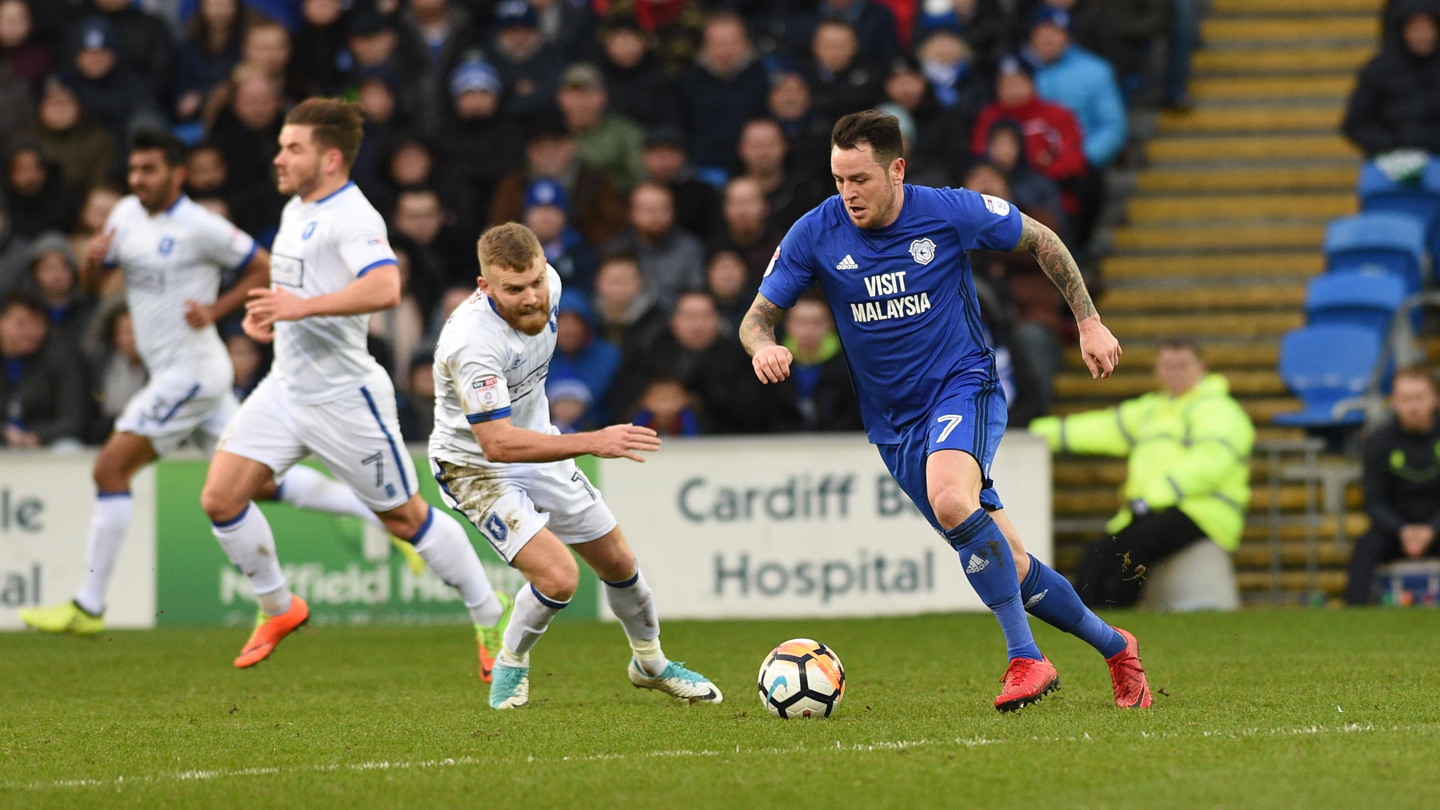 Cardiff City were held to a goalless draw in the Emirates FA Cup Third Round at Cardiff City Stadium on Saturday 6th January.

The Bluebirds made five changes for the tie, with Sean Morrison, Jazz Richards, Lee Tomlin, Greg Halford and Nathaniel Mendez-Laing all coming into the starting eleven for the fixture in the Welsh capital.

City started on the front foot, and Tomlin was first to try his luck. Good work in the build-up saw the ball drop to the 28 year-old on the edge of the Mansfield penalty area, but his drilled effort skimmed wide of the far post.

More Bluebirds pressure continued throughout the half, and City registered their first shot on target through Callum Paterson. The Scot dropped a shoulder in the middle of the park and travelled 10 yards before seeing his deflected attempt pushed away by Conrad Logan in the Mansfield goal.

Five minutes before half-time Healey stung the palms of the Stags ‘keeper. Some good pressure saw City win the ball in the Mansfield half, before Healey’s effort was pushed wide. Tomlin’s resulting corner was headed straight into Logan’s arms by Morrison, who made a strong return from injury.

In first half stoppage time, C.J. Hamilton headed high over Brian Murphy’s crossbar, before Mendez-Laing’s effort was kept out at the other end as the Bluebirds looked to break the deadlock.

Five minutes after the interval City were inches away from taking the lead. Tomlin played a short corner to Joe Bennett, who’s cross was headed just wide by Paterson, with Logan scrambling.

The Stags had their own chance to go ahead a few minutes later though, as Alfie Potter’s curling effort from the edge of the box drifted just wide.

Warnock’s men soon stamped further authority on the tie, and after winning a free-kick on the left, the ball dropped to Healey, who rifled over.

Murphy came to Cardiff’s rescue with half an hour to go, as a low cross found it’s way to Lee Angol, whose effort from point blank range was brilliantly thwarted.

Healey was again involved as City turned up a gear, with a through ball from Paterson finding the 23 year-old, but the Mansfield defence managed to block his goal-bound effort away.

Hamilton was Mansfield’s main threat down the left-hand side and he tested Murphy with a near post drive, but the Irish stopper was equal to it, before Paul Anderson’s effort from the edge of the box was well blocked by Bruno Ecuele Manga.

City took the game to their opponents in the final minutes, as Tomlin found space on the edge of the area, and struck a strong effort that Logan pushed away – but the tie remained a stalemate and City will travel to Field Mill for a Third Round replay on the week commencing Monday 15th January, 2018.