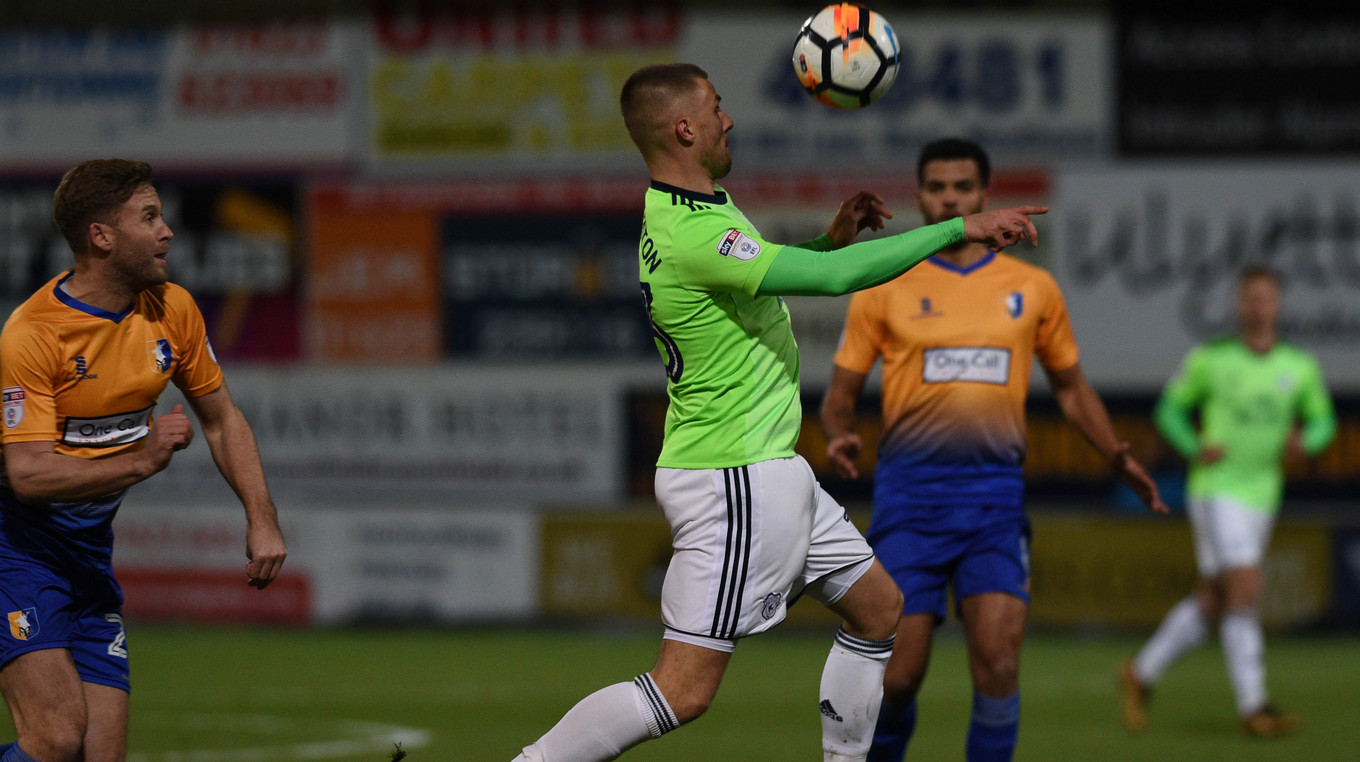 Cardiff City defeated Mansfield Town by four goals to one to progress to the Emirates FA Cup Fourth Round, where they will host Manchester City.

Neil Warnock made two changes for the tie, as Anthony Pilkington and Loïc Damour came into the starting eleven.

The Bluebirds’ first opportunity came after 15 minutes, when Callum Paterson lofted a ball towards Kenneth Zohore who went through on goal, although his first touch was gathered by Conrad Logan.

City came close again through Junior Hoilett three minutes later, when his finesse shot from the left edge of the area was acrobatically tipped wide by Logan.

Anthony Pilkington drilled an effort from 30 yards just wide of the right post as Warnock’s men continued to press for the opener.

The Stags had a great chance after 26 minutes though, when Mal Benning received the ball inside the area from a free-kick, but skied his shot due to pressure from Bruno Ecuele Manga.

After 34 minutes, The Bluebirds’ broke the deadlock, when a Joe Ralls corner was floated in towards Sean Morrison. His shot was parried by Logan towards Ecuele Manga, who slotted home.

However, just two minutes later, the home side equalised through a Danny Rose strike from ten yards.

In to the second half, and the Bluebirds came agonisingly close when Paterson’s low cross towards Zohore was intercepted by Krystian Pearce. But one minute later, City did regain the lead as Hoilett diverted the ball into the net from close range.

City added to their advantage five minutes later, when Pilkington pounced on a poor clearance from the home defence to fire into the bottom left corner of the net with a first-time effort.

And the Bluebirds dominated the remainder of the affair before scoring a fourth with two minutes to play. Hoilett secured a brace with a well-struck effort from just outside the area.

The referee blew his whistle after the three minutes of added time, and City sealed their place in the Emirates FA Cup Fourth Round, where they will host Manchester City.