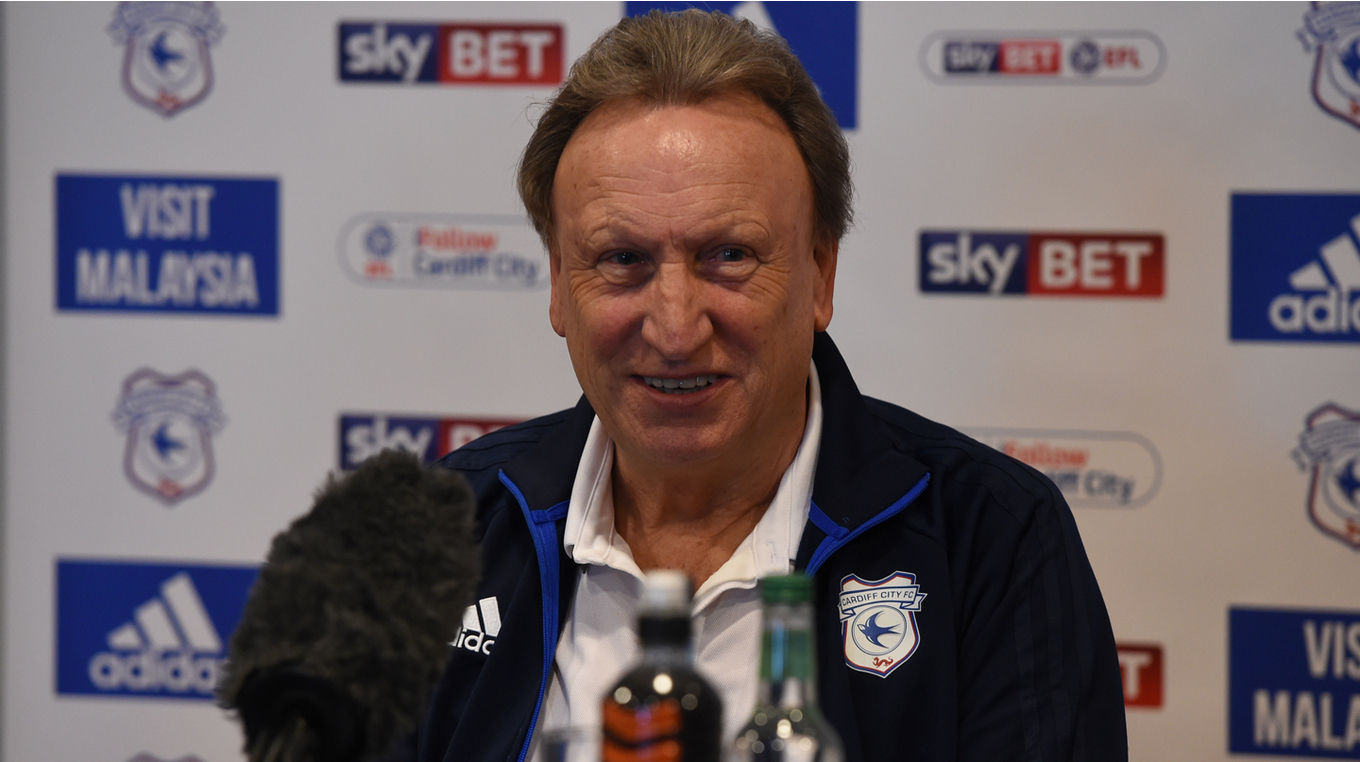 Neil Warnock held a pre-match press conference at the Vale Resort on Friday morning, ahead of the Bluebirds’ home clash with Sunderland this weekend.

The Gaffer began by sharing his delight with City’s loan signing of Dutch winger Yanic Wildschut.

“He’s a lad that I’ve always liked,” began Neil. “I think his attitude and versatility will help us in our situation at the moment.

“We’re glad to have him on board. He can play wide but I’ve seen him play up front as well and he’s done very well in that position.

“I think he will suit how we play; he’s our type of player. He likes to run at people and he’s exciting to watch. His first thought is positive - committing and going at people. That’s what I like and he really fits the bill.”

Neil went on to preview Saturday’s match against the Black Cats, which kicks off at 12:30pm at Cardiff City Stadium.

“[Chris Coleman] deserves a good reception as he did a fantastic job with the Welsh team," he continued. "I’m sure he’ll get that. They’ve got some good players. You can't say there’s an easy game that we’ve had this year, because there isn’t.

“We’re up against big clubs and big squads, but I think we can cope with that if we can get the two or three lads in. Especially if they are quality - I don’t want to just bring in lads for the sake of it now. I want to bring in players who will really supplement what is a good squad really.”