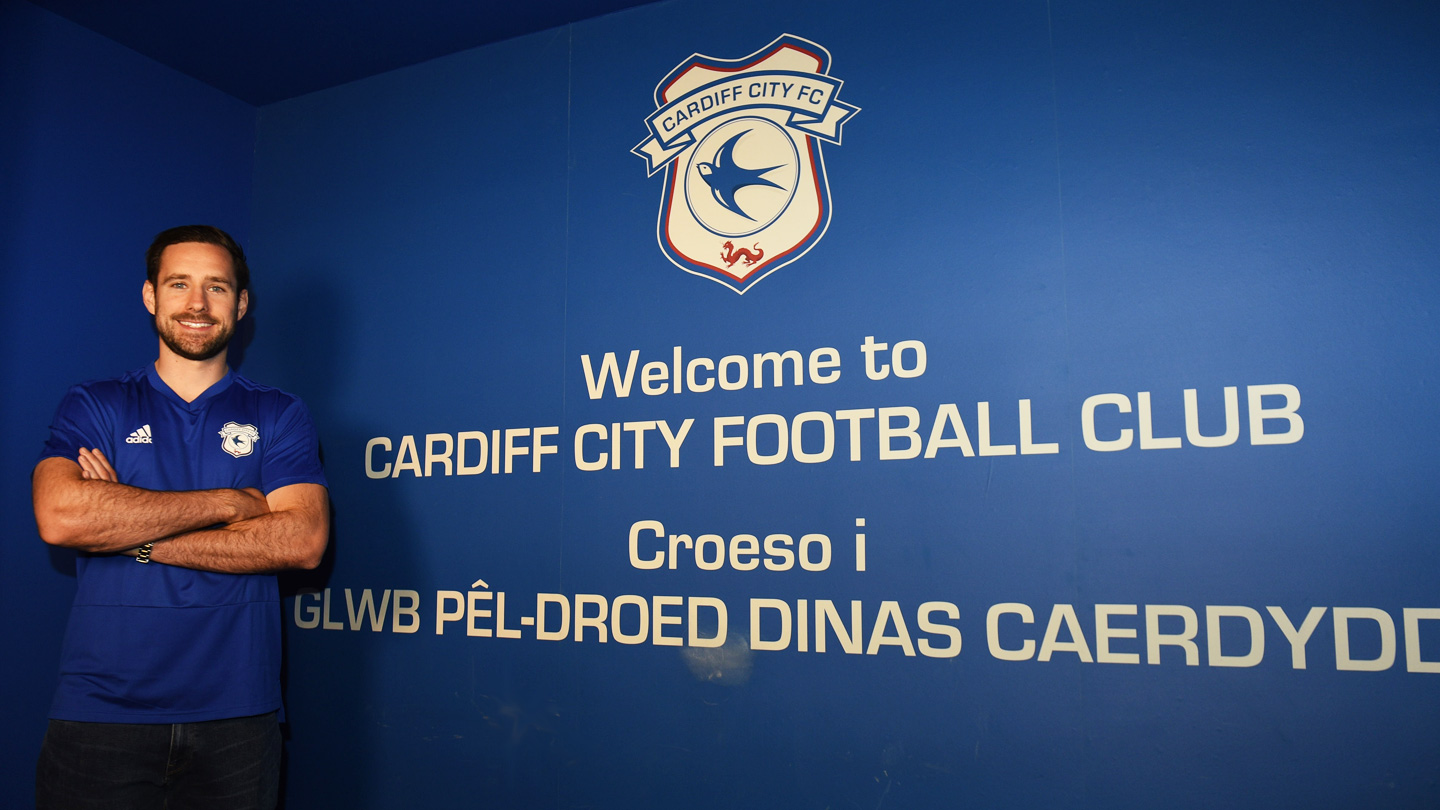 Greg ready to give his all for the Bluebirds

Greg Cunningham became City’s second summer signing in as many days when he put pen to paper on a three-year deal at Cardiff City Stadium on Wednesday.

The Republic of Ireland international joins from Preston North End for an undisclosed fee and adds versatility to the left side of the Bluebirds back line.

Speaking exclusively to Cardiff City TV later in the day, the defender told us exactly what we can expect from him, saying: “I can play left of a three, wing back or left back.

“I’m an aggressive player, will give everything for the club I play for. I’ll be doing that for Cardiff City.

“I’m delighted to get the deal over the line. There was interest last year and I owe a lot to the Gaffer for keeping fait in me and getting the job done.”

Speaking of Neil Warnock, Greg stated that it was the Gaffer’s determination and openness that convinced him that a move to the Welsh Capital was the one for him.

He stated: “The Gaffer is a very passionate man and he’s straight down the middle, very honest. That’s all you can ask for.

"I was delighted when Cardiff City showed interest me and looking forward to getting going.

“I’m pleased that we’ve got things done early. I’ll go away on holiday now for a week to get a bit of sun on the back and then come back raring to go when we meet up in July for pre-season.”

Watch more of this exclusive interview with Greg now on Cardiff City TV!