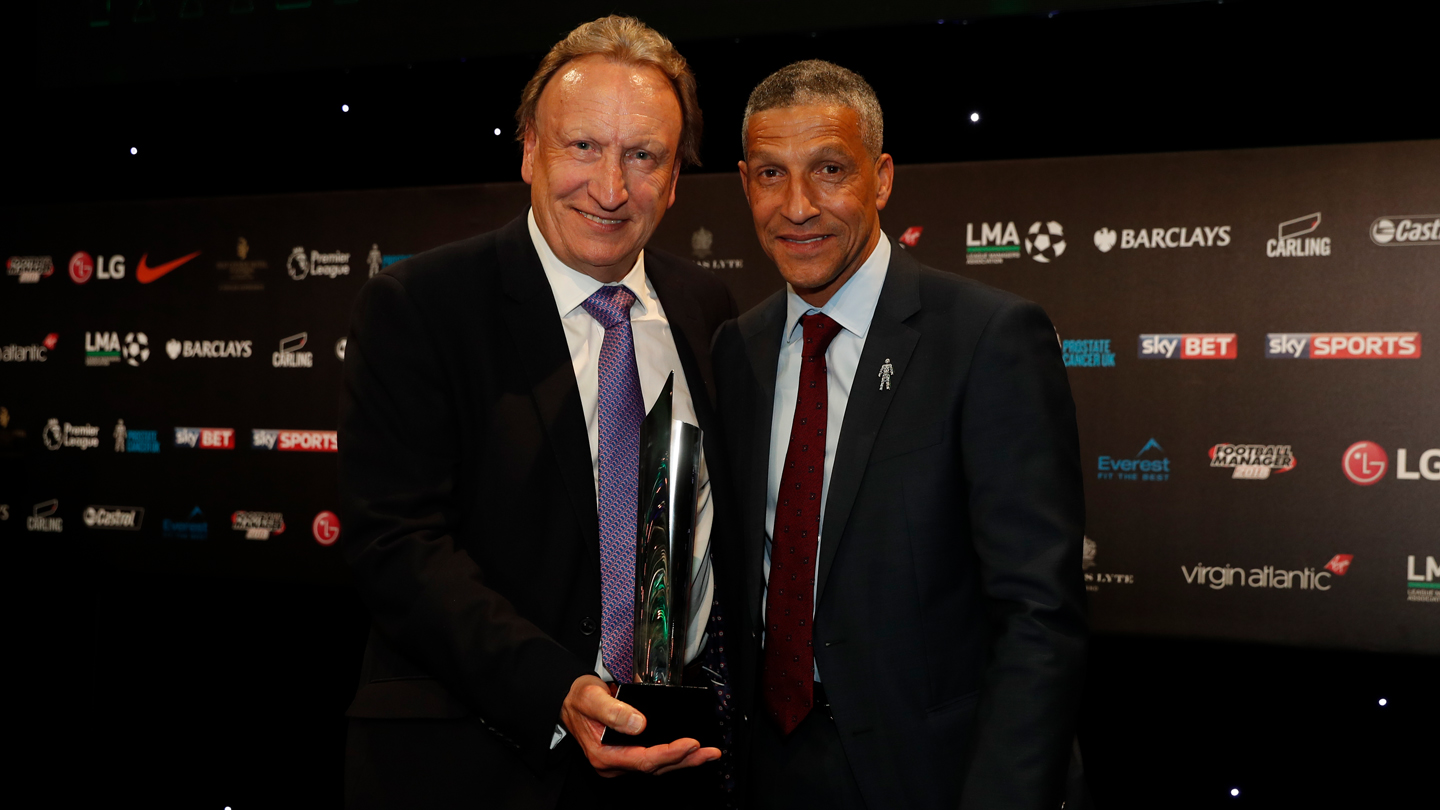 Neil Warnock was presented with the Special Achievement Award at the 26th LMA Annual Awards Dinner on Tuesday evening.

In taking the Bluebirds up to the Premier League this season, the Gaffer secured his eighth career promotion - setting a new record in the process.

The LMA Special Achievement Award recognised Neil's superb feat, over thirty years on from his first promotion, when he led Scarborough into the Football League for the first time in their history in 1986/87.

The Award, sponsored by Prostate Cancer UK, is nominated by the LMA Board and is awarded for exceptional personal achievement during the current season.

Chris Hughton, manager of Brighton & Hove Albion and a member of the LMA Executive Board, was pictured presenting Neil with the Award.

The City Boss was in esteemed company, as Mancheser City's Pep Guardiola picked up the main award - the LMA Manager of the Year trophy. Neil had also been on the shortlist for the evening's top prize, along with Liverpool's Jürgen Klopp, Burnley's Sean Dyche, Wolves boss Nuno Espírito Santo and Accrington Stanley's John Coleman.

On the evening, LMA Chief Executive Richard Bevan said: “The LMA Annual Awards Dinner provides our association with the opportunity to reflect back on the season’s successes and commend those individuals who have stood out and achieved something special.

“The LMA wishes to congratulate all 12 managers who received the recognition of their peers this evening. The winners have committed countless hours of hard work, preparation and dedication to their profession, in order to improve the fortunes of their clubs, teams and players.”

The full list of winners from the 26th LMA Annual Awards Dinner: