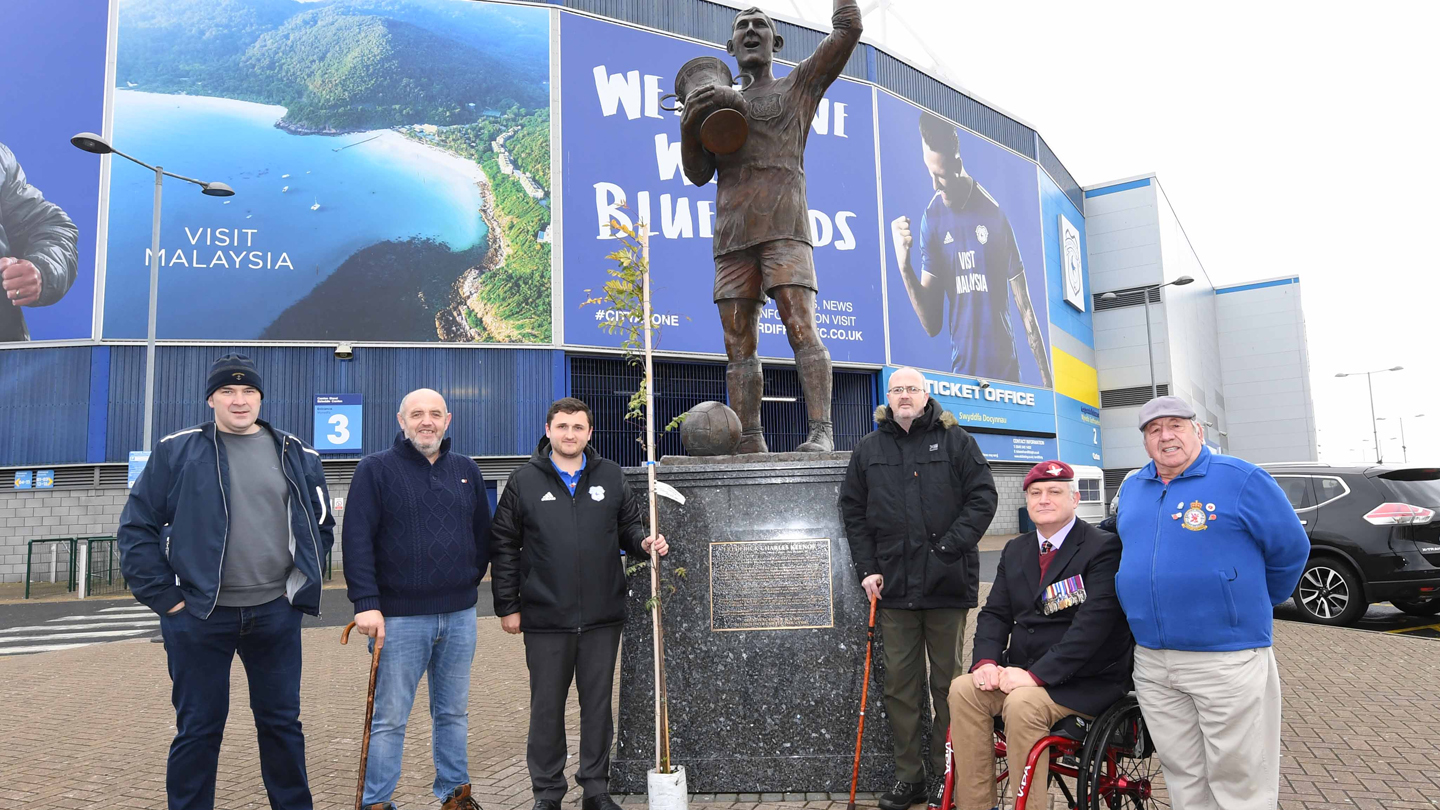 Cardiff City FC have come together with over 60 clubs from across the professional game to commemorate the centenary of the First World War.

In partnership with the Woodland Trust  and National Football Museum’s ‘For Club and Country project’ the Bluebirds have created a legacy to the footballers who served and died 100 years ago in the First World War as part of the national 'Football Remembers' campaign.

Tom Witts was tragically killed on November 9th 1918 – just two days before the Armistice was signed – while City also mourned the death of Lord Ninian Crichton-Stuart, after whom our former home was named.

You can find out more about the Bluebirds' history and football’s involvement in the war by visiting: www.forclubandcountry.org.uk/cardiffcity.

Members of Cardiff City FC Foundation's Veterans' Project were in attendance, as the trees were planted outside Cardiff City Stadium, with one now standing opposite the Fred Keenor statue.

'For Club and Country' aims to plant 100 additional trees for each of the clubs that were professional when war broke out in 1914, at a newly created national woodland memorial at the Woodland Trust’s flagship Centenary Wood at Langley Vale in Epsom.

City supporters, grass-roots clubs and community groups can be part of the Woodland Trust's First World War Centenary Woods project and plant trees to remember their members, players, friends and family involved in the conflict.

Ambassador for Club and Country, Sir Trevor Brooking, CBE said: “The Woodland Trust’s For Club and Country project is the perfect way to commemorate football’s important role in the First World War. By planting trees for players who bravely fought for their country we are creating something beautiful and long lasting for future generations.”

Get involved and find out more about the Woodland Trust's Free Tree Pack offer at: www.woodlandtrust.org.uk/freetrees.