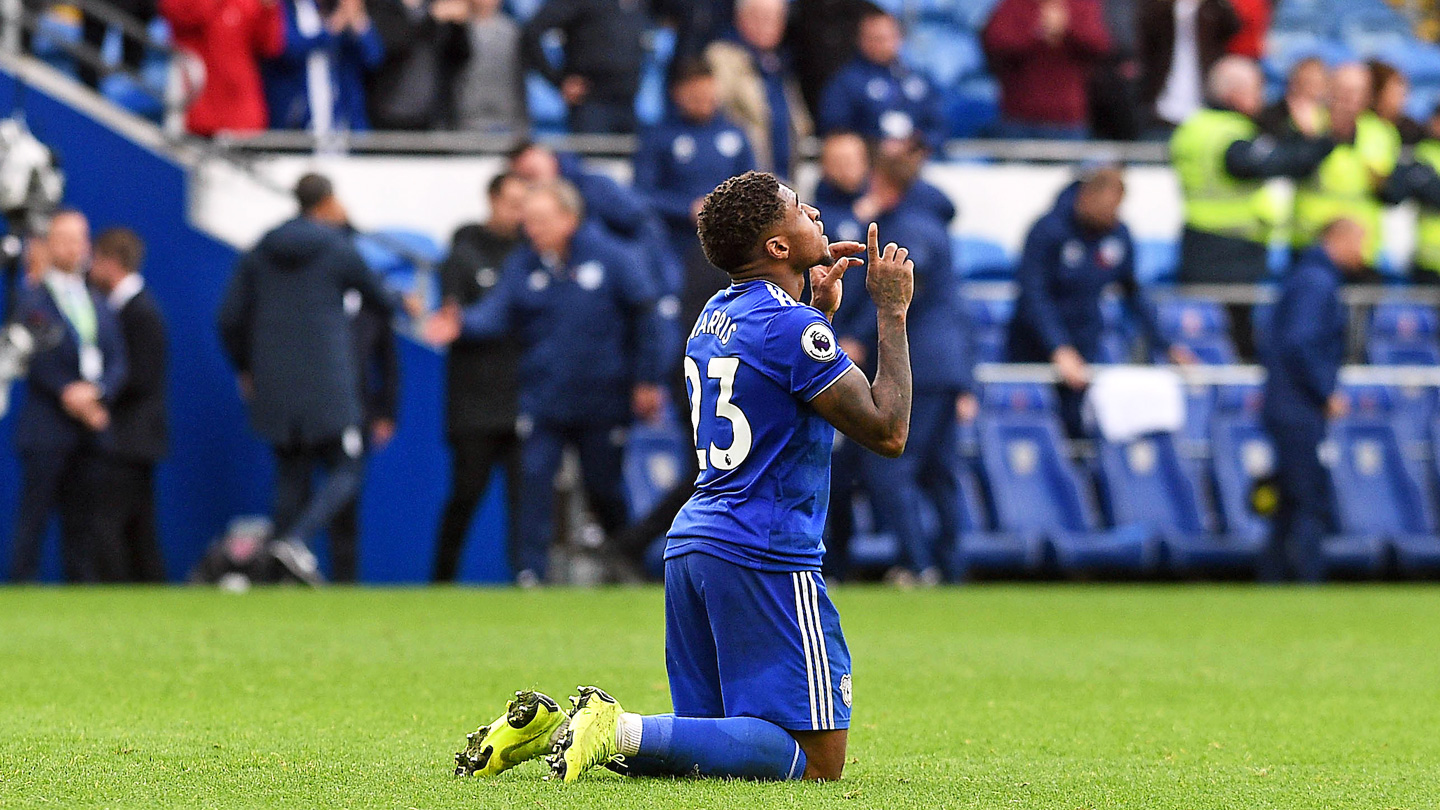 “It’s very important to get these points at home,” began Kadeem. “Our home games are important and we need to make the most of playing in front of this crowd. Our fans are important, and they’ve turned up to every single game so far this season.

“We’ve got to capitalise on the fantastic home support and make sure we battle to the final whistle. Our home fans will be a massive factor for us to stay in this league. It’s tough for away sides to come here.”

The 25-year-old went on to express his satisfaction about the determined performance from the Bluebirds.

“Our work-rate was outstanding today and when it’s that good then we’ll inevitably tire out defenders. We got into good positions to get goals and that happened during the match.

“We deserved the three points and it was a long time coming. Thankfully we scored late on and got that win.

“We’ve had a difficult run recently. We’ve just had to work hard knowing that the win would eventually come and that happened against Brighton. Every point we get in the Premier League is vital and we fought to the very end to secure all three. Overall I’m extremely happy and delighted with how the game went.”

With just under an hour played in the game, Harris almost achieved his second goal of the campaign; witnessing a stunning curling effort rebound off the woodwork, from 25 yards.

“It was close and would’ve been a memorable goal, for me personally. As soon as it left my foot I thought it was going in. It would’ve made my day even better but it wasn’t to be. But hopefully I can get more of those in the back of the net by the end of the season.”