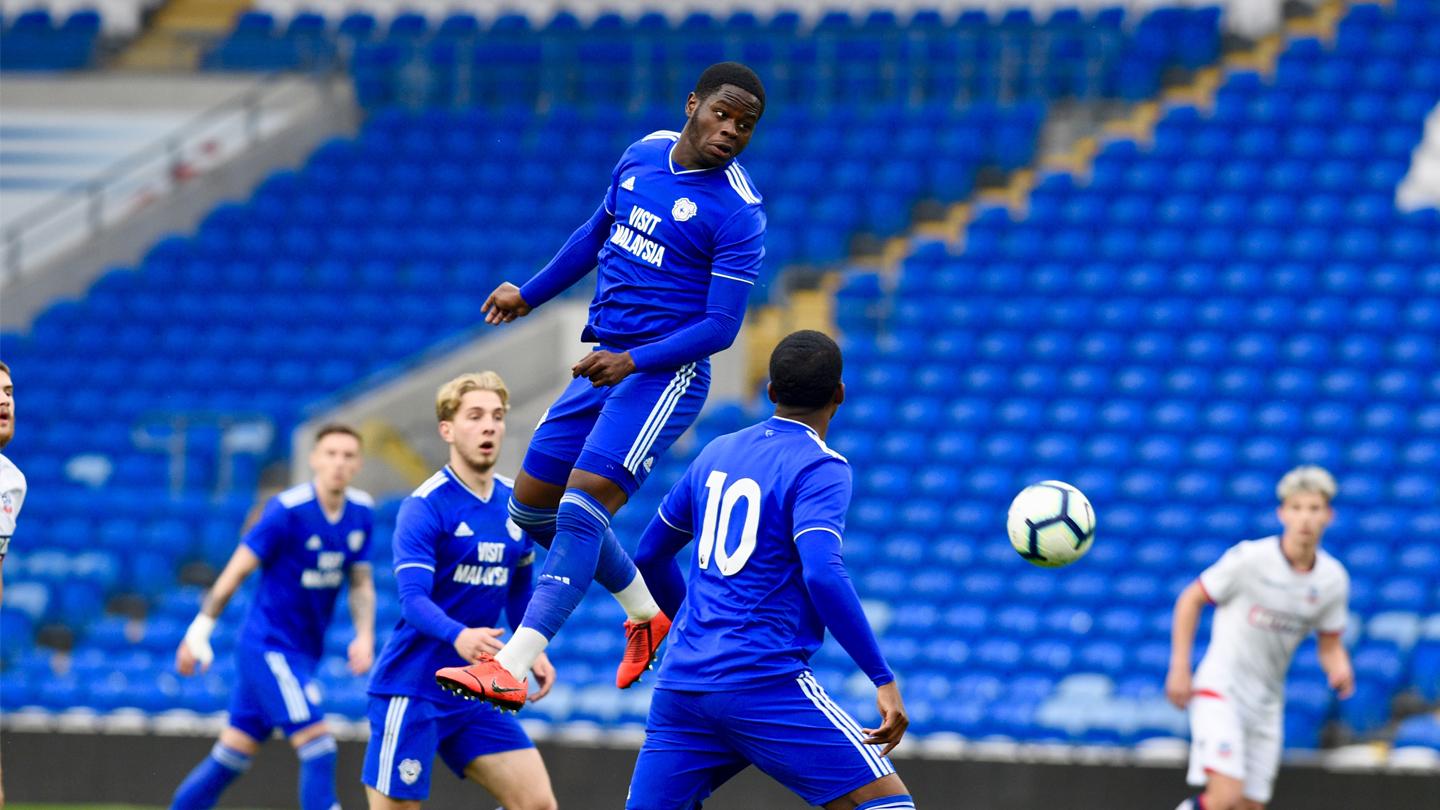 Goals from Samuel Faniyan, Shamor Moor and Danny Ward give Cardiff City all three points in their final league encounter of 2018/19.

Cardiff City started on the front foot and were almost ahead after just two minutes via an effort from the lively Danny Ward. The former Rotherham striker produced a powerful low strike from 25 yards which was saved by the diving James Aspinall.

City’s defence needed to remain resilient though when the Whites were inches wide of an opener, with 18 minutes gone. Ronan Darcy played a neat one-two inside the area before seeing his effort on goal deflect wide following a timely block by the alert Joel Bagan.

The Bluebirds resumed their attacking start by grabbing the first goal of the game. Ward sliced a pass to the surging Cameron Coxe on the left who whipped in a pinpoint delivery for Samuel Faniyan to head home.This was Coxe's fourth assist of the season, having recently returned from injury.

Harvey’s men continued to excite the Bluebirds faithful in attendance when they doubled the lead after 34 minutes. Jazz Richards played Shamor Moor through on goal, who struck through the legs of the ‘keeper to make it 2-0.

Bolton Wanderers turned on the pressure in the second half. Darcy yet again looked dangerous against the hosts but his curled drive from 20 yards glanced wide of the far post.

The second half was far quieter in terms of chances created from both sides. Coxe remained a threat for City with his rampant runs and dangerous deliveries from the left side.

With 77 minutes played, Ward earned himself a deserved goal to extend the lead. The striker won possession inside the area before dribbling past several opponents and hammering home into the far corner.

The Trotters responded less than a minute later by reducing the deficit. A free-kick delivery from 30 yards out by Joe Muscatt appeared to have found its way into the back of the net via a deflection.

A late comeback seemed a possibility when the lead was pegged back to 3-2 with three minutes remaining. Harry Brockbank’s swerved pass inside the area was met by Connor Hall to slide the ball home at the near post.

Despite four minutes of added time, City held on to come away with all three points from a tough contest between two highly competitive sides.