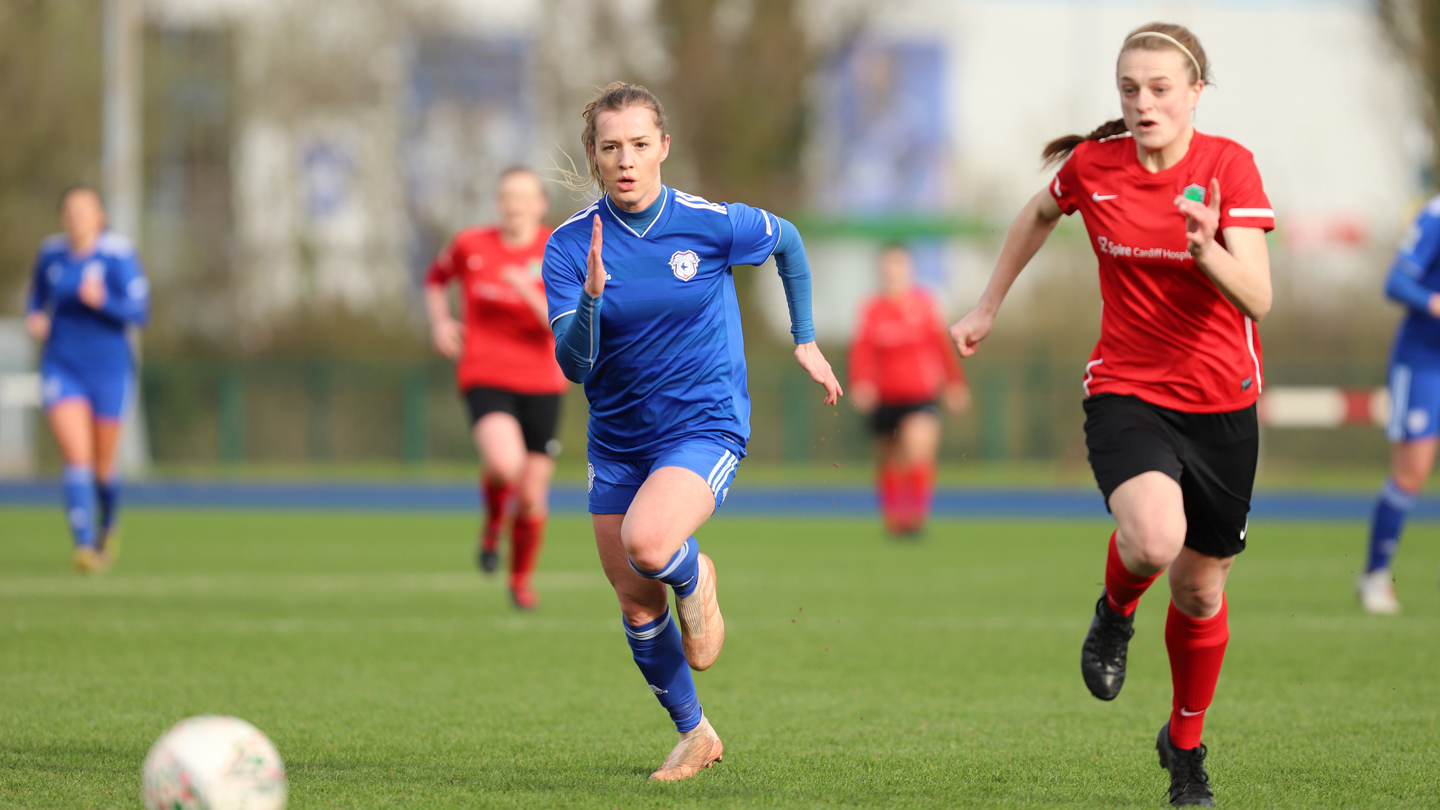 Lisa Bird opened the scoring after 12 minutes, prior to Catherine Walsh heading home a second shortly after. The match tightened in the second period, although City went on to secure a sixth clean sheet in the WPWL and moved up to second in the standings.

“The message in the dressing room before the game was to get a win and a clean sheet,” began Joel following the final whistle. “We’re very happy with the three points, but we were far from our best in the second-half and need to be much better next time out.

“The conditions didn’t really suit us in the second period and we played into Cyncoed’s hands a bit, but we had to deal with that in the first-half, so there’s no excuse for it. Overall, it’s positive going into the FAW Women’s Cup Semi-Final next Sunday.

“It was great for Lisa Bird and Catherine Walsh to score because that’s what they’re capable of. Catherine does a lot of stuff that goes unnoticed by working hard off the ball and helping link up play, but I’m always saying to her to try and get in the box to score, so she did that and I’m pleased.

He concluded: “Both goalkeepers have played well when given the opportunity and there’s been competition for places all the way across the park. Claire Skinner was good with her distribution and dealing with crosses, while battling against the elements at times.”

Skinner kept a clean sheet in her tenth appearance of the campaign against her former club and she added: “It’s always a bonus getting a clean sheet because it’s like scoring a goal for me and we’re trying to better our goal difference, so that was positive. We missed a few chances that we could’ve finished, but gaining three points was the main thing.

“Now, we go into the Semi-Final against Abergavenny and if we perform to our best, we shouldn’t have a problem getting through to the Final. Winning the FAW Women’s Cup would be as great as winning the WPWL.”

It was the goalkeeper’s first match since appearing twice for Wales against Republic of Ireland in Marbella and the 22-year-old concluded: “I’ve just come off camp and I loved every second of it, so I’m still in the mindset of fighting for the Wales no. 1 spot. I was very nervous ahead of the first game, but got over that very quickly, got a start, kept a clean sheet and was awarded player of the match, so that was amazing.”

Keep up to date with the latest news at @CardiffCityFCW!