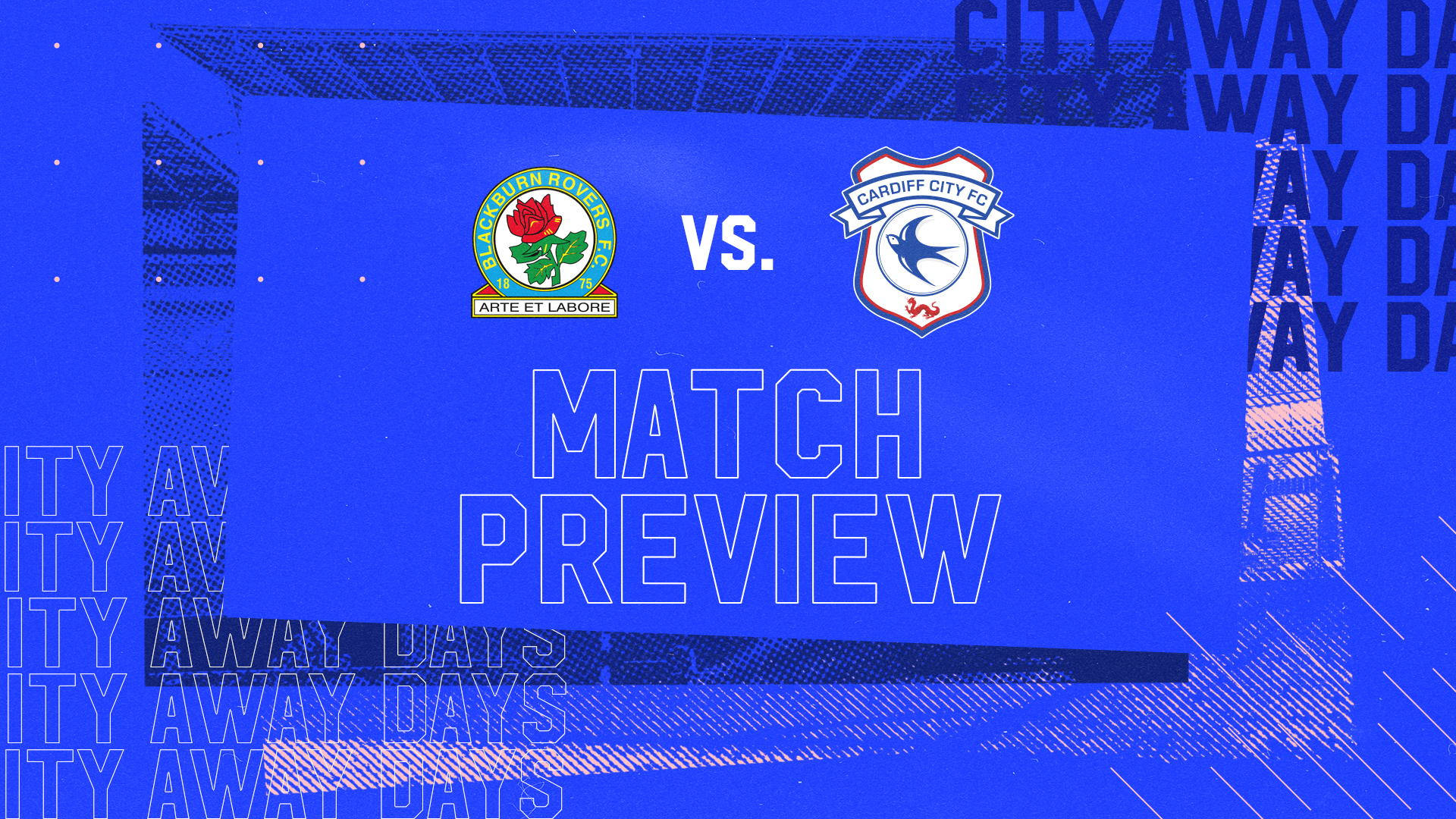 The Bluebirds are back on the road this weekend, travelling to Ewood Park on Saturday, September 25th. Mick McCarthy’s side take on Blackburn Rovers, with a 3pm kick-off in Lancashire.

While tickets are no longer available for purchase from Cardiff City FC's Ticket Office, supporters can purchase tickets from the away ticket office at Ewood Park ahead of kick-off on Saturday afternoon.

Click here to view our Away Days Info Guide.

Cardiff City TV will be bringing you the latest from Ewood Park as City face Rovers on Saturday afternoon.

Supporters based in the UK can purchase Audio Passes covering this match only for just £2.50! Alternatively, Monthly Audio Passes can be purchased for £5, or, for audio throughout the season, purchase an Audio Only Season Pass for £45.

Over the years, City have had many memorable meetings with Blackburn Rovers. From cup clashes to Goal of the Season-winners and more, we look at some of the highlights from these historic fixtures...

Tony Mowbray’s side have made a solid start to the season, and currently occupy sixth place in the Championship standings. Rovers have lost just one league match this season, to high flying West Bromwich Albion, with three victories and four draws from their other seven fixtures. With 13 points to their name, Mowbray’s men occupy a Play-Off place by the narrowest of margins, holding a +3 goal difference over seventh-placed Huddersfield Town’s +2, with Queens Park Rangers and Bristol City hot on their heels with 12 points.

Rovers kicked off their campaign with a 2-1 victory over Swansea City on opening day, with goals coming from Sam Gallagher and Ben Brereton Díaz. Chilean international Brereton Díaz was on target once again the following weekend, heading home an equaliser for Mowbray’s side against Millwall at The Den. After an away victory over struggling Nottingham Forest, Rovers suffered their first defeat of the campaign, falling 2-1 to the Baggies at Ewood Park.

Since that narrow defeat, Rovers have picked up one win and three draws, slowly but surely climbing the table to sneak into the top six. The Blackburn defence picked up its first clean sheet of the campaign during a 2-0 victory over Hull City, and followed that out with another shutout in a 0-0 draw with Barnsley last time out.

Tayo Edun joined Rovers on Deadline Day after enjoying an impressive 2020/21 campaign with Lincoln City. The London-born left-back began his career with Fulham in 2016, making two appearances for the Whites before joining Ipswich Town on loan. The 23-year-old moved to Lincoln on a permanent basis in January 2020, and went on to feature 63 times for the Imps, scoring twice and providing nine assists. Despite missing out on promotion to the Championship after Lincoln’s defeat in the League One Play-Offs, Edun got his move to the second tier by joining Blackburn, and has so far made one appearance for his new club.

Ian Poveda made 14 Premier League appearances for Leeds United last season, though the winger did not start a match for the Whites during the campaign. The 21-year-old has sampled life at many of the world’s top academies, turning out for the youth teams of Chelsea, Arsenal, Barcelona and Manchester City between 2007 and 2019. Poveda made his professional debut for Pep Guardiola’s side in January 2019, but departed for Elland Road a year later. Since arriving at Ewood Park on a season-long loan deal, the winger has featured in the Championship on two occasions, recording an assist against Middlesbrough in late August.

Leighton Clarkson also joined Rovers on a loan deal, making the short trip from Merseyside to Lancashire. Despite being born just outside of Blackburn, the midfielder joined Liverpool’s Academy at the age of six, progressing up the ranks to make his First Team debut against Aston Villa in the Carabao Cup in 2019. Clarkson has also played for the Reds in the UEFA Champions League, catching the eye in a group stage match against FC Midtjylland. Since joining his hometown club, the 19-year-old has made four league appearances.

Ben Brereton Díaz made headlines back in May, when, after being found to have half-Chilean descent thanks to Football Manager, the forward was called up to the Chile national team for their 2022 FIFA World Cup qualifiers, and was subsequently included in their 2021 Copa América squad. The 22-year-old has carried his impressive 2020/21 form into the new campaign, with four goals and an assist in eight Championship appearances thus far. Brereton netted in victories over Swansea City and Hull City, and also scored Blackburn’s equaliser in a 1-1 draw with Millwall.

Joe Rothwell has been a mainstay in Tony Mowbray’s team since his arrival from Oxford United in 2018. The midfielder has played over 30 league matches in all three of his seasons at Ewood Park, and has started all eight of Rovers’ fixtures this time around. A product of the Manchester United Academy, Rothwell already looks set to record a personal best in terms of assists; the 26-year-old has set up two goals this term, matching his assist tally from 2018/19 and 2019/20 and equalling half of his career-best 2020/21 amount.

Tyrhys Dolan signed his first professional contract with Rovers in July 2020, having come through the youth ranks at Preston North End. The winger has enjoyed plenty of first team action at Ewood Park, making 49 appearances for Mowbray’s men over the past two campaigns. Last term, Dolan netted three goals and recorded three assists in 37 league outings, a healthy return for the 19-year-old’s first taste of senior action. During the current campaign, the right-sided forward has featured in all eight of Blackburn’s league fixtures, scoring once, and also netted in Rovers’ Carabao Cup defeat to Morecambe in early August.