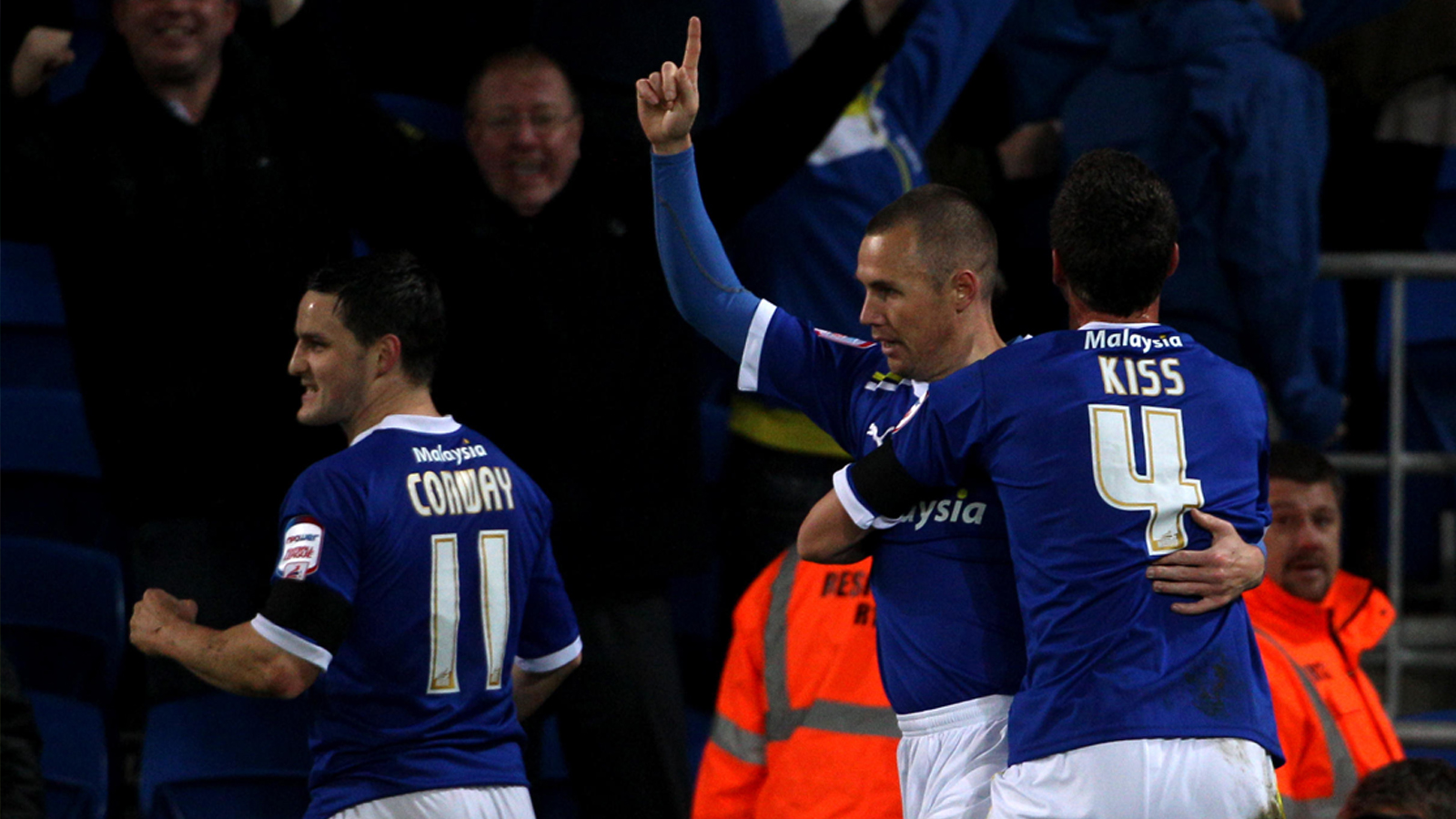 Over the years, City have had many memorable meetings with Blackburn Rovers. From cup clashes to Goal of the Season-winners and more, we look at some of the highlights from these historic fixtures...

In November 2011, the Bluebirds reached the Semi-Final of the League Cup for the first time in 45 years , as they defeated Premier League club Blackburn Rovers at CCS in the Fifth Round tie.

One of only two teams remaining in the competition at that time who were not in the Premier League (alongside Crystal Palace), City's match against Rovers got off to a great start, as early on Kenny Miller put the hosts ahead inside 20 minutes.

Aron Gunnarsson's pass found the Scotsman inside the area, before Miller struck home with his left foot, earning him his sixth of the season and first of the League Cup campaign.

Keeping up the press throughout the first half, Miller came close again only minutes after his opener, but was narrowly denied. The second half opened with City's sought-after second goal, and this time it was Filip Kiss getting his name on the scoresheet.

The Slovakian international - on loan from Slovan Bratislava - was on hand to deflect the ball over the line from Peter Whittingham's deep corner-kick, with teammate Anthony Gerrard's header helping the ball goalwards.

Holding out for the remainder and with the visitors unable to score past City's solid defence, the Bluebirds advanced one step further along a path that would see them eventually in their first ever League Cup Final.

Will Vaulks' (first) Goal of the Season!

Having joined the Bluebirds ahead of the 2019/20 season, midfielder Will Vaulks' first campaign in a City shirt saw him make 27 league appearances. Of the four goals scored during his debut campaign with the Club, there is no doubt that his finest was the one against Blackburn Rovers on July 7th, 2020.

In their fifth match since returning to Sky Bet Championship football  - following delay caused by the COVID-19 pandemic - Will opened the scoring with a goal from almost nowhere. Receiving the ball wide and on the edge of the area, Vaulks struck sweetly off his right foot, chipping 'keeper Christian Walton as the ball arched over and into the net at the far post.

Though the match would end in a defeat for City that evening, the Bluebirds would march on towards a Play-Off spot at the end of the campaign. Vaulks' opener would eventually win the Club's Goal of the Season, an award that he would pick up for a second time the following year, thanks to his own-half strike against Brentford on Boxing Day 2020!

Vote for your favourite of Vaulksy's Goal of the Season-winners here!

A first Ewood Park victory in over 30 years

Without a victory away from home against Rovers in over 30 years, the Bluebirds arrived at the Lancashire club in December 2012 at the top of the Championship table, and unbeaten in five matches.

Mark Hudson broke the deadlock with 30 minutes played, netting his fourth of the campaign with a header from Craig Noone's cross. When Joshua King managed to equalise early in the second half, the visitors answered in turn through Craig Bellamy's left-footed strike from close range.

David Marshall's terrific save from Dickson Etuhu's shot came before the visitors managed to add further to their lead. Substitute Joe Mason added to the tally, before Kim Bo-Kyung capped off the score with a fine effort from 18 yards out.

Four points clear at the top of the table following the final whistle, the Bluebirds would remain in their spot throughout the remainder of the campaign, eventually earning promotion to the top flight for the first time in 51 years.