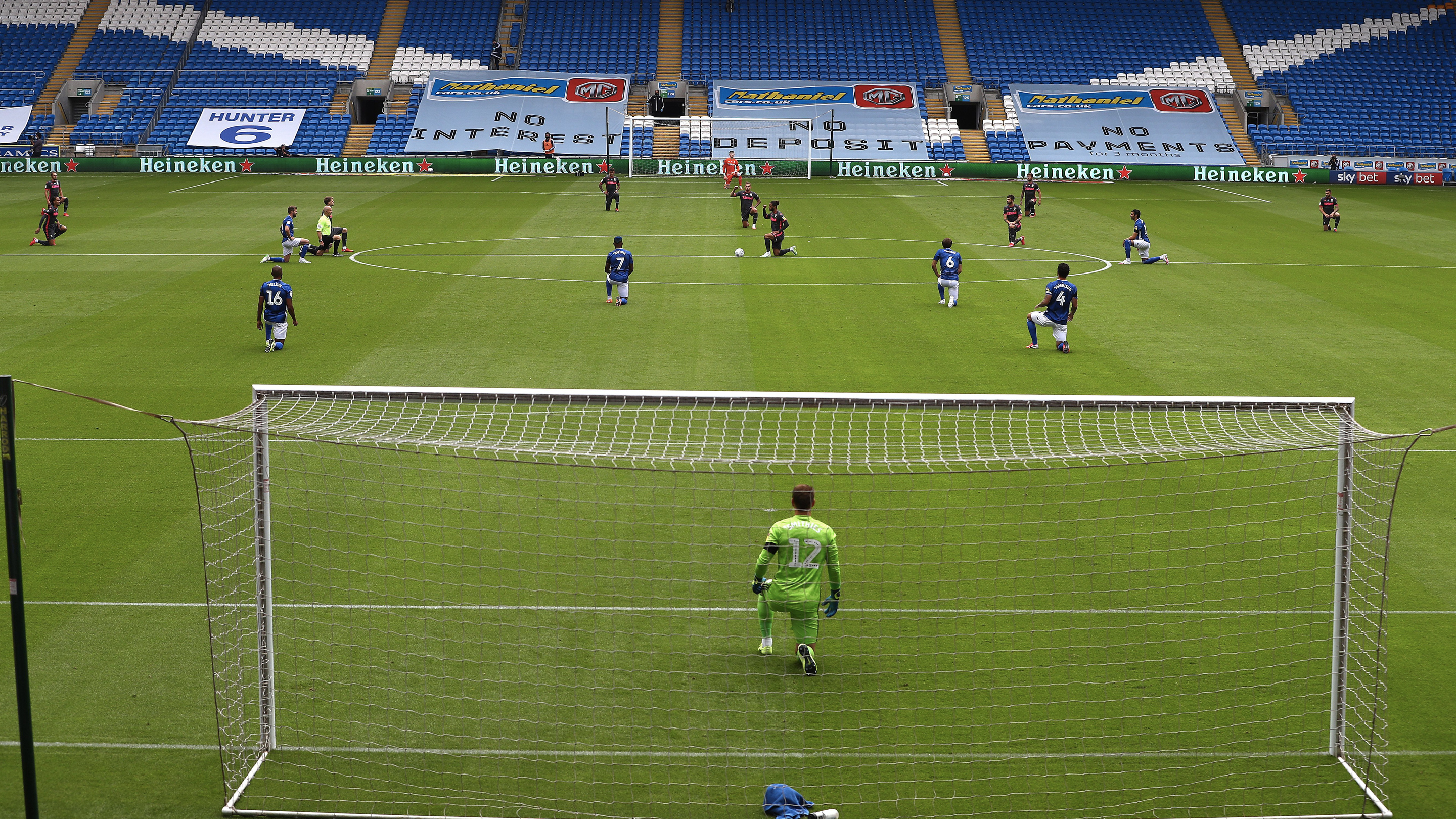 The Bluebirds showed their clinical side upon returning to action at CCS, defeating high flying Leeds United, 2-0 on Sunday, June 21st.

Before kick-off, players and officials, wearing black armbands, stood for a minute’s reflection in memory of Peter Whittingham, Leeds United heroes Norman Hunter & Trevor Cherry – and all those who have sadly passed on during the past three months.

Possession was controlled by the away side, who looked to impose their passing game on the road, but they struggled to break down Neil Harris’ determined Bluebirds.

The first real chance came just after the half hour mark, with City midfielder Will Vaulks acrobatically diverting Luke Ayling’s headed effort away from the far post.

Junior Hoilett gave the patient Bluebirds the advantage from distance three minutes later. The Canadian winger latched onto a misplaced pass from Kalvin Phillips just inside the Leeds half before driving forward, stepping over and firing into the back of the net from the edge of the area with his left foot. City’s No.33 paid a touching tribute during the celebration, holding aloft a ‘Whittingham 7’ shirt.

Leeds looked certain to level the match in added time at the end of the first half. On-loan winger Jack Harrison met Tyler Roberts’ cross from the right side, running onto strike the ball, only to be denied by his own player. Forward Patrick Bamford blocking the effort on the goal line while standing in an offside position.

Alex Smithies was in fine form before the three month break from action, and he showed why he’s rated so highly with a wonder save from Welsh international Roberts after 61 minutes. The former West Brom man met Bamford’s downward header five yards from goal, but Smithies somehow got across to push Roberts’ close range shot wide.

Neil Harris made a double change after 65 minutes, with Nathaniel Mendez-Laing returning from injury for the final 25 alongside Robert Glatzel, replacing Albert Adomah & Callum Paterson. The two sets of fresh legs combined superbly six minutes after entering the game to double the lead.

Mendez-Laing reacted to poor pass to recover the ball wide on the right side 30 yards out. His curled pass into Glatzel at the edge of the area was controlled with one touch by the German forward before unleashing a brilliant half volley that flew past Illan Meslier in the Leeds United goal via the post.

Marcelo Bielsa’s team continued their possession football, but despite their best efforts, were unable to beat the City defence and Smithies. Stuart Dallas, Bamford, Harrison and substitute Ian Poveda all having shots in the final 17 minutes of the match but they failed to test the City goal.

The impressive victory at Cardiff City Stadium sees Neil Harris’s side go level on points with Preston North End and the final play-off position, ahead of the match against Alex Neal’s Lilywhites next time out.