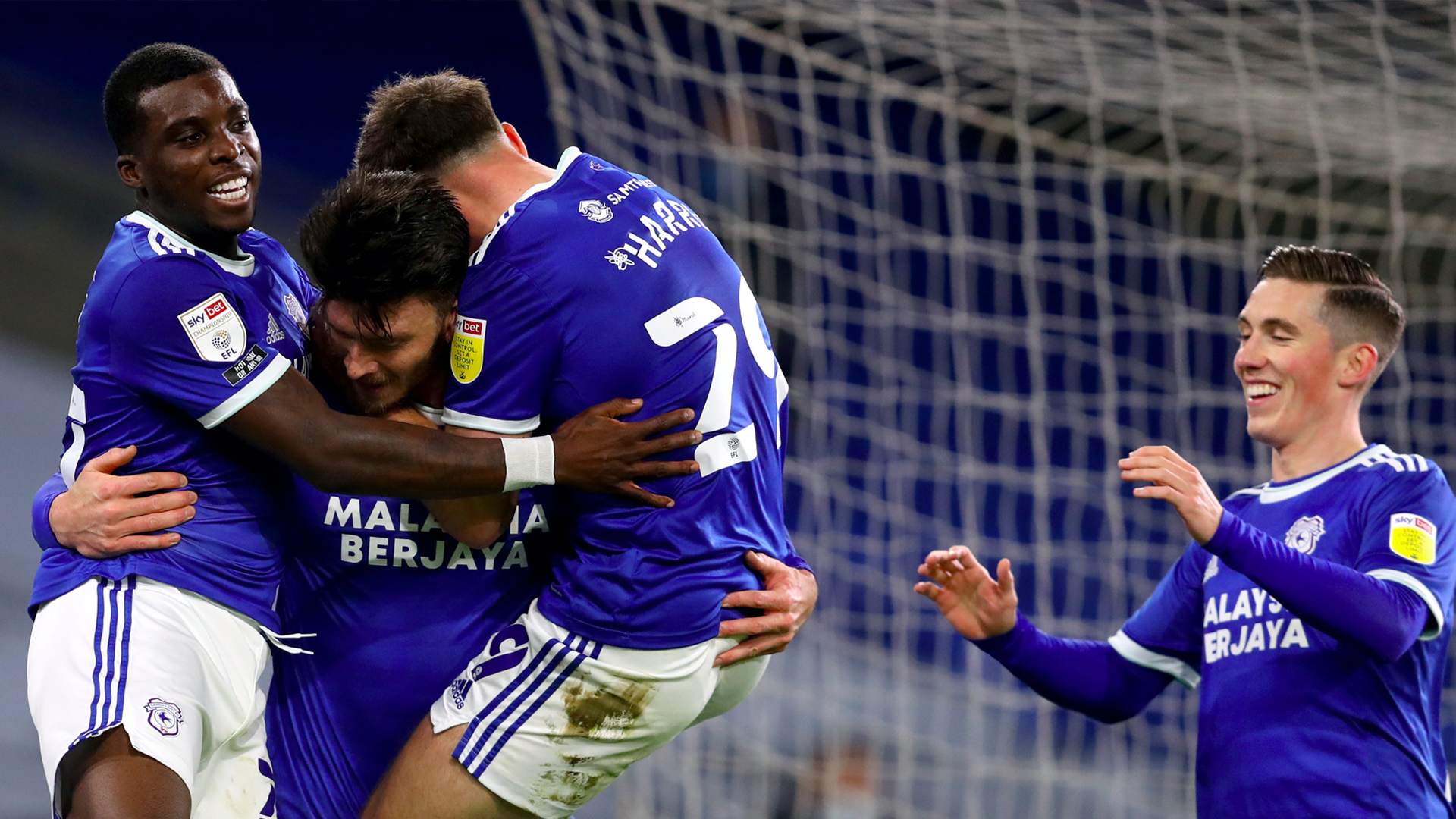 Cardiff City made it back-to-back home wins with a 3-0 victory over Huddersfield Town.

Kieffer Moore scored a goal in each half before Robert Glatzel’s emphatic third rounded off a comprehensive victory for Neil Harris’ men. 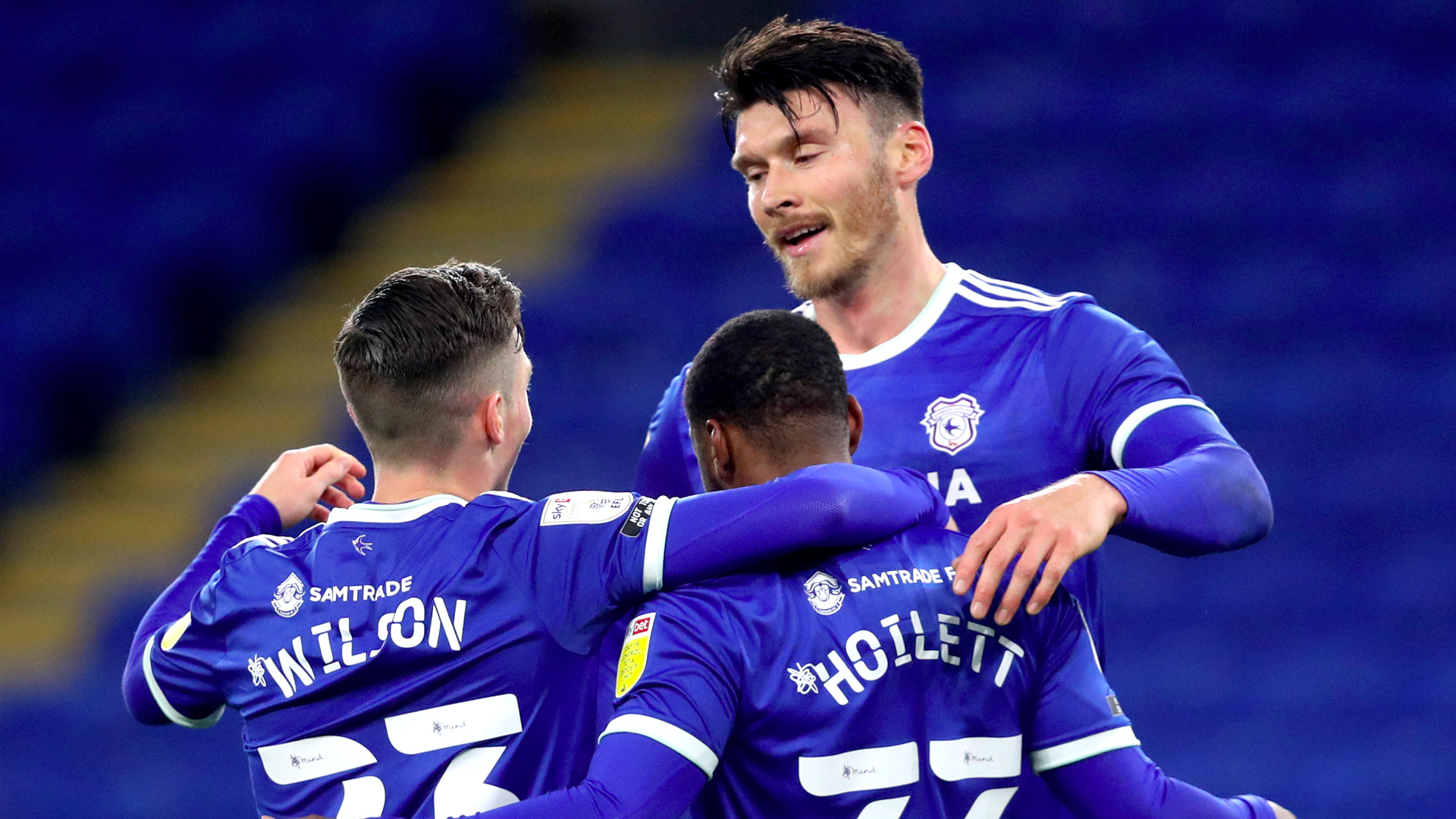 The City boss named an unchanged starting line-up from Saturday’s 4-0 victory over Luton Town, with Greg Cunningham recovering from injury to take a place on the bench.

The Bluebirds made a blistering start in that weekend win over the Hatters and they looked to repeat the feat on Tuesday night, winning an early corner that Moore glanced wide.

An excellent move from City saw them go close again, as Harry Wilson and Will Vaulks combined to free Joe Ralls on the right. His cross was knocked down by Sean Morrison to Sheyi Ojo, whose half volley flew over the bar.

While the Terriers racked up some first-half possession, it was City that looked the more threatening, delivering several dangerous balls into the box before Morrison headed wide from another home corner.

They came closer still after some patient play on the half-hour mark. Ojo chipped a cross in from the right and, after Moore flicked the ball on, Mark Harris was inches from bundling home at the back post.

Five minutes later, City had the lead their play deserved. Ojo found enough space on the left to deliver an inch-perfect cross for Moore to prod home inside the six-yard box.

The visitors made a change and grew in confidence after the interval. Two timely blocks from Curtis Nelson kept them at bay though, before Carel Eiting curled into Alex Smithies’ hands from distance.

Chances were harder to come by at both ends after the break, but the City stopper did have to be on hand to keep out Josh Koroma’s rasping effort from a tight angle. 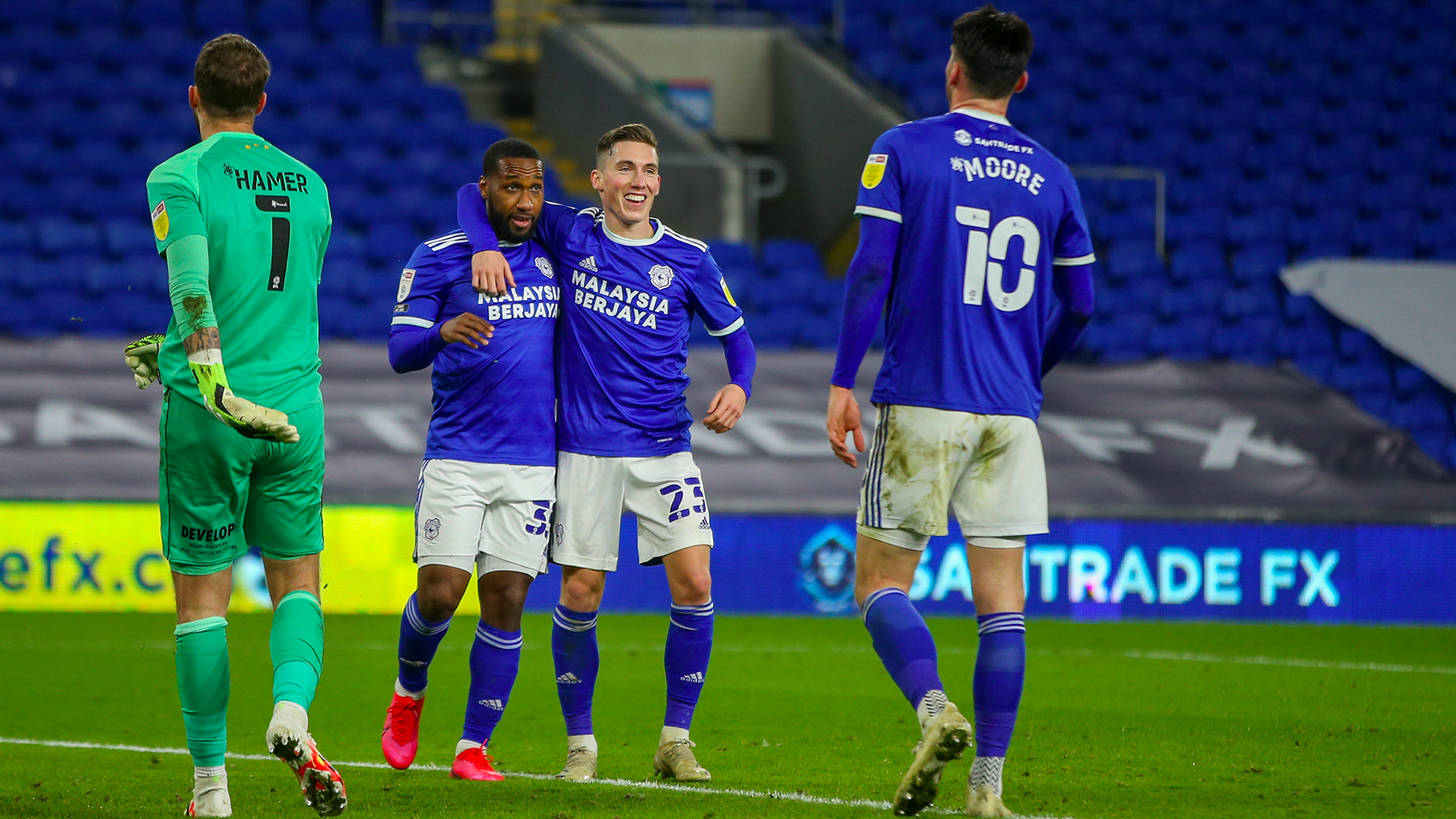 The Bluebirds brought on Junior Hoilett on the hour mark and his fresh legs made an impact almost immediately. The Canadian international’s pressure forced Naby Sarr into an error, allowing Junior to square for Moore to tap home his second.

And there was still time for City to round off another dominant home performance in style, as the newly introduced Robert Glatzel latched onto Ojo’s pass and rifled into the top corner of the net.