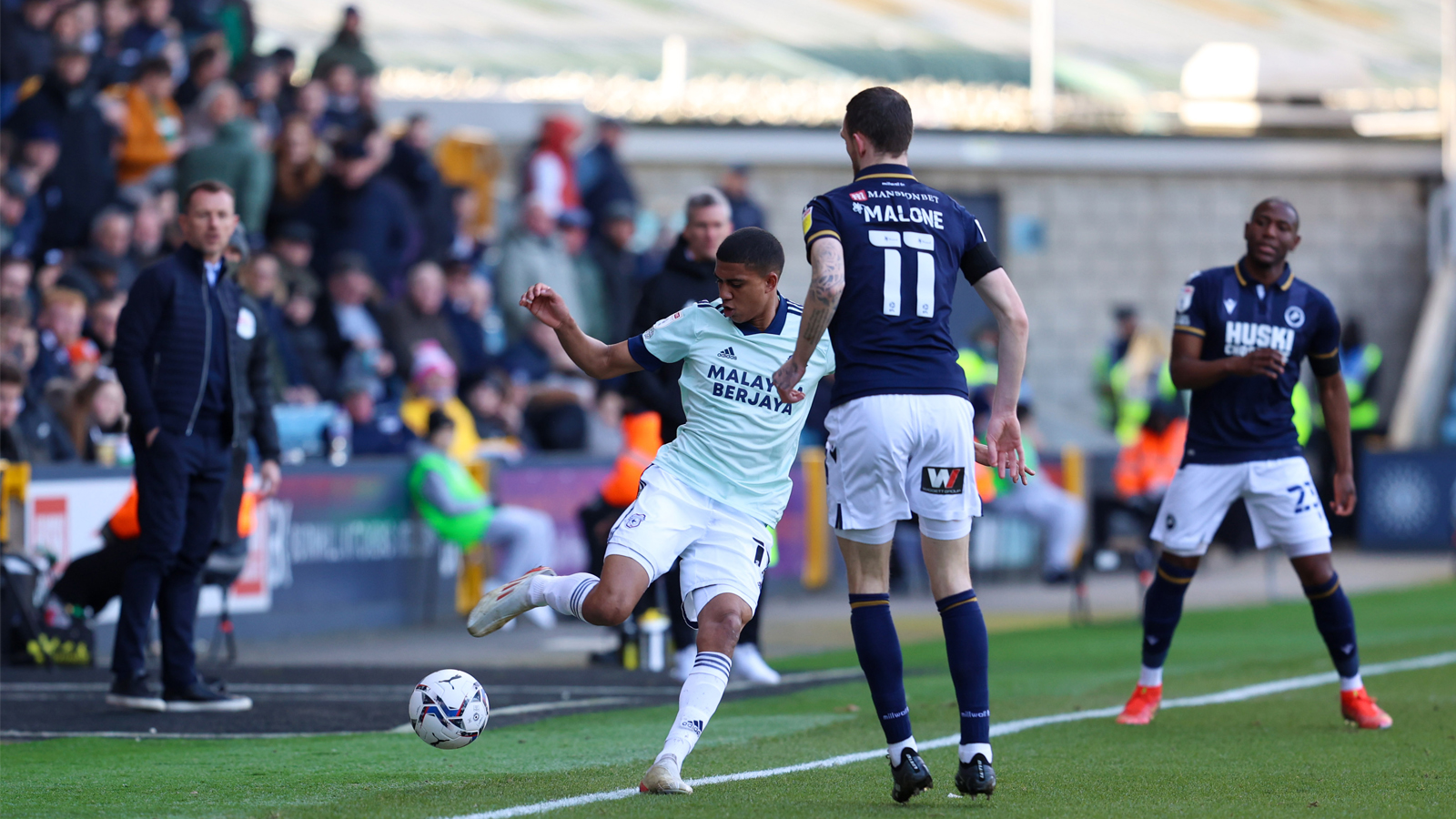 Cardiff City’s three-game winning run in the Championship came to an end on Saturday afternoon, as Millwall narrowly won 2-1 at The Den.

Steve Morison made one change from the midweek 4-0 victory over Peterborough United, as Mark Harris started in place of Isaak Davies.

The early exchanges were extremely cagey, with both sides struggling to create chances. It took 25 minutes for the first real opportunity of the match; attacker Harris fed the ball to Joe Ralls, whose powerful strike from just outside the box was saved.

That opportunity sparked the encounter into life, with the Lions having a pop at goal seven minutes later. Shaun Hutchinson’s effort was headed behind by Harris, and shortly after Alex Smithies denied Oliver Burke in a one-on-one.

City went on to force Bartosz Białkowski into action again with one minute of the opening 45 remaining. Tommy Doyle’s in-swinging free-kick from the left flank was punched clear by the goalkeeper, but neither side was able to make a first half breakthrough.

After the interval, it took two minutes for the Bluebirds to trouble the home defence once more. Midfielder Doyle’s strike from outside the area hit the arm of Jake Cooper - City protested, but no penalty was awarded.

The home support were excited when Benik Afobe found himself through on goal after 57 minutes, but the offside flag was raised prior to the striker turning the ball wide.

City responded by coming close the following minute. Fresh from the bench, 20-year-old Davies sped towards the opposition box and produced a low drive. His attempt was parried into Hugill’s path, but the striker couldn't turn the ball on target.

The Bluebirds determinedly continued in hunt of the lead and neared it with 62 minutes on the clock. 20-year-old Doyle’s corner was headed agonisingly over by 29-year-old Hugill, who had sped towards the penalty spot.

Millwall hadn’t crafted many opportunities, but took their next one 11 minutes later. Scott Malone’s corner travelled to Murray Wallace, who powerfully headed in from close range to send his team in front.

The hosts added a second goal after 82 minutes. Gary Rowett's substitutes linked up well, as George Saville’s cross was headed into the net from close range by Mason Bennett.

Left-back Bagan scored late on to reduce the deficit, poking the ball home from close range. City nearly levelled from a Mark McGuinness overhead kick, but stopper Białkowski’s save earned his side three points.