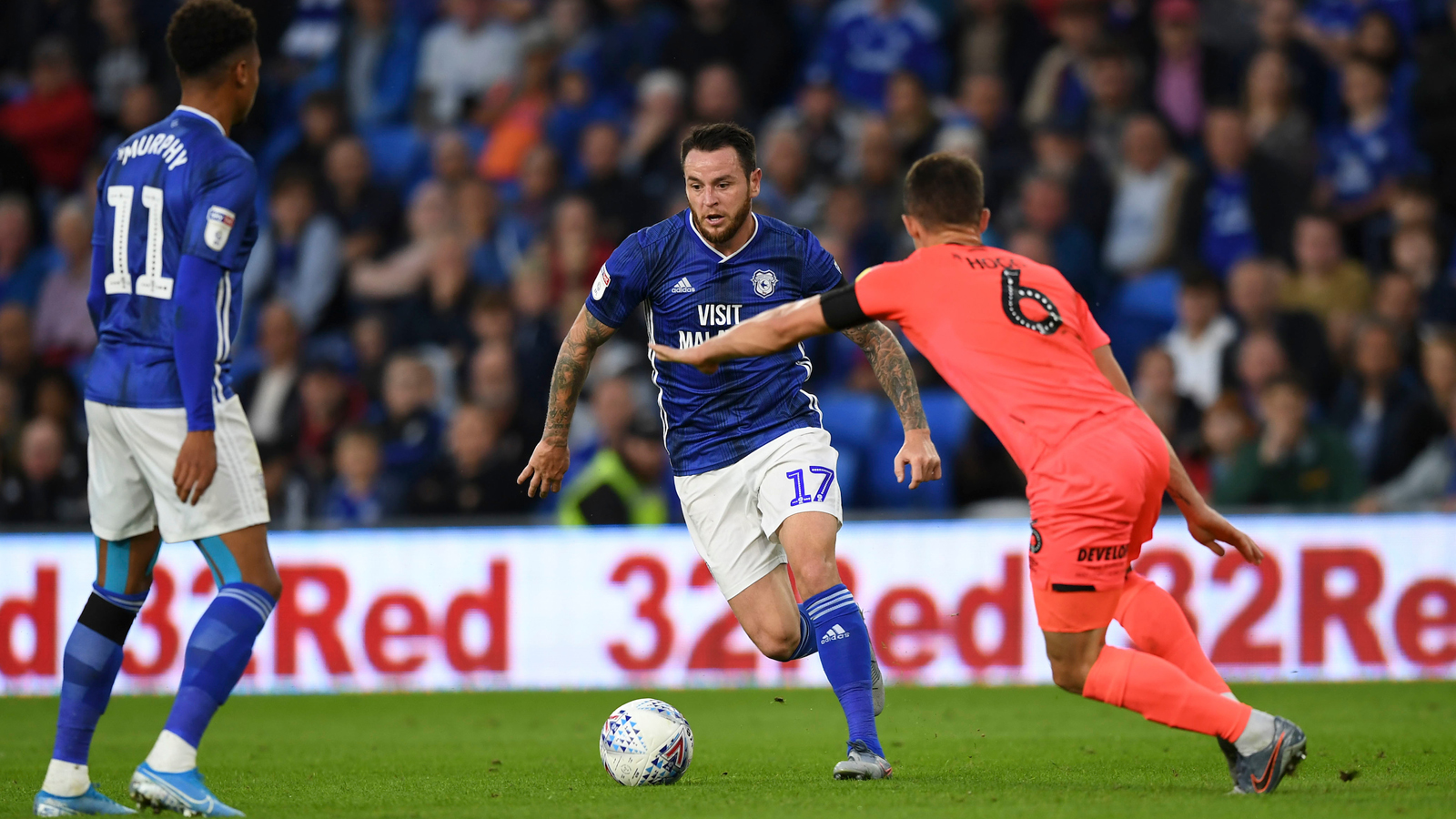 Having entertained the Cardiff City Stadium crowd in the process of the Bluebirds' second successive home win, he began by praising the backing he received on Wednesday evening.

“When we got promoted last time it was because this place was a fortress,” he said.

“Even before the game when my number was read out - [the fans] have been unbelievable and I can’t thank them enough for the support they’ve given me.”

Tommo combined well with Robert Glatzel in particular, as the Bluebirds recorded 24 shots on goal throughout the match. He went on to praise City’s no.9 and the team effort as a whole.

“You can see what sort of player [Glatzel] is," explained the midfielder. "I thought we worked really well together.

“I think we could have had one or two more in the first half - I could have done better on a few.

“It’s a good start for me though, and a great time for the lads to kick on now so early in the season. All in all, it was a really good team performance, which proves what a tight-knit group we are.”

That team spirit was evidenced by another late winner, as the Bluebirds recorded back-to-back home wins at the start of the '19/20 campaign. Tommo wasn’t giving too much credit to Junior Hoilett for his late winner though, joking: “Junior got the winner… Well, we’ve been calling it an own goal really and giving him a bit of stick.

"We’ve come out on top though, and that’s what you need to do week-in week-out.”

Watch in full on Cardiff City TV above!