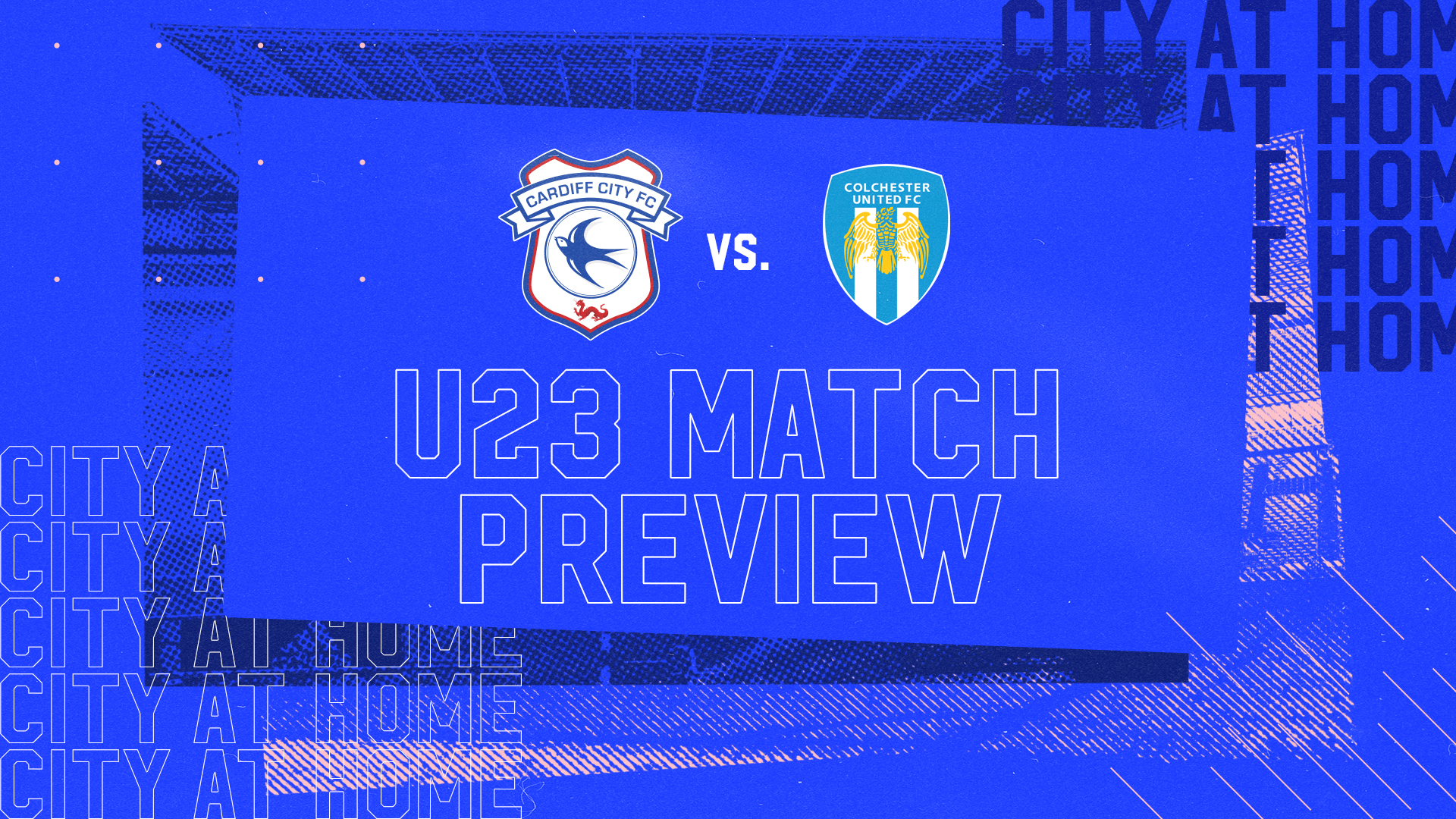 Cardiff City's U23 side return to Leckwith to face Colchester United on Tuesday, November 30th - kick-off at 1pm.

This fixture will take place in Cardiff International Sports Stadium, with free entry available for all! Cardiff City TV will be live streaming the match worldwide, and will be available to watch free of charge!

The Bluebirds will be looking to continue their impressive run of form against the U's in this U23 PDL fixture, following their most recent outing against QPR last week.

In that match, James Crole scored a first half opener for City from the penalty spot, before an equaliser late in the first half levelled the scoreline.

Captain James Connolly was on hand to bag a brace and secure the victory for the visitors, however. The defender retook the lead for the Bluebirds, before then doubling it himself with less than ten minutes remaining.

A much-improved second half performance saw the visitors push for dominance on the pitch, applying pressure consistently both in and out of possession, leading to the two goals from Connolly.

U23 | Highlights from Tuesday's victory over @QPR are available to watch now on @CardiffCityTV! 📺

Ahead of the fixture, coach Matthew Bloxham spoke to cardiffcityfc.co.uk to preview City's return to home ground:

“The biggest thing for the boys is to try to push the boundaries of their performances every week." he began. "Even though they’ve been getting the results so far this season, every week they’re still trying to get closer and closer to where they want to be.

“It can be easy to get complacent when you’re winning, so the message that we have for them is to keep doing what they’re doing, and not letting standards slip.

“It’s pleasing to see different players coming in and excelling, so that the focus is not on the starting eleven but on having a real squad mentality. We want to create an environment where players have to be ready to step up to the plate.”