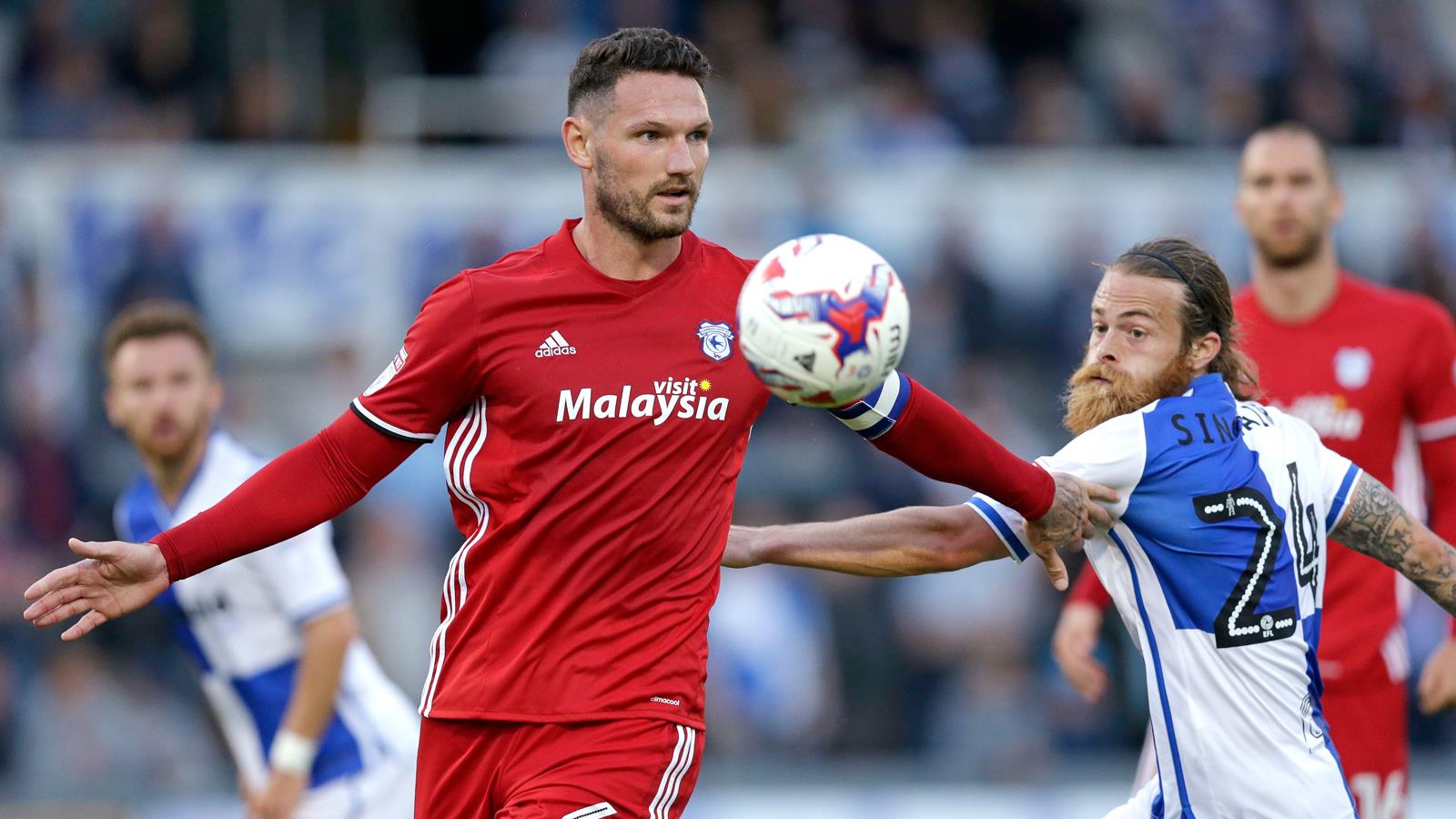 Cardiff City arrived at the Memorial Stadium for the final match of Round One of the 2016/17 EFL Cup, knowing that a win over Bristol Rovers would give them a Second Round tie away to Scunthorpe United.

The Bluebirds began the match with intent, pushing their attacking wing-backs up to pin the Gas in their own half. Snappy passing between Joe Ralls, Declan John and Aron Gunnarsson then led to Stuart O’Keefe’s early effort.

With almost 1000 travelling Bluebirds cheering them on, Trollope’s men were dominating possession early on, although Rovers did break to good effect on occasion – Chris Lines forcing Simon Moore into a comfortable save on fourteen minutes.

Kenneth Zohore then did superbly to break past two challenges down the right flank, before cutting in and firing a deflected effort at Steve Mildenhall in the Rovers goal.

However, the Bluebirds came incredibly close to conceding the game’s opening goal just before the half-hour mark, as Matty Taylor’s header back across goal was almost turned in by Stuart Sinclair, only for Sean Morrison to clear.

As the Gas looked to seize the initiative, James Clarke drilled a long-range effort past the post for the home side. But City had their best chance of the half shortly before the interval as Zohore earned a City free-kick thirty yards from goal.

Ralls stepped up with the top corner in his sights, but his whipped effort could only find the side-netting.

HALF TIME
City emerged from the tunnel for the second half with plenty of purpose, again forcing Rovers back into their own half. Craig Noone threatened to breach the Rovers defences on a couple of occasions – coming particularly close after an incisive pass from Jazz Richards.

The home side soon managed to build up some momentum with a succession of dangerous corners, while Morrison was again on hand to clear one loose ball in the area.

Ollie Clarke then tried his luck from distance – his strike not troubling Moore in the City goal – before some excellent interplay between O’Keefe and Ralls led to a curling effort from Noone which whistled past the post.

The introduction of Frédéric Gounongbe on seventy-four minutes seemed to give the Bluebirds more balance in the final third, and it almost paid dividends as Anthony Pilkington rifled into the side-netting from close range after darting into the box.

While Rovers had a number of efforts from outside the box, it appeared that extra time could be on the cards at the Memorial Stadium as the clock ticked down. After an injury-time rocket from Richards flew past the post, we moved on into an additional half-hour period…

EXTRA TIME Two headers from Gounongbe threatened to give the Bluebirds the goal that they desired at the start of extra time. The first looked likely to trouble Mildenhall, but was blocked, before the striker nodded over the bar under pressure in the six yard box.

At the other end, Manga was booked for a foul just outside the box, although he appeared to have won the ball. Rovers fired the resulting free-kick comfortable over though, before Pilkington troubled Mildenhall with a couple of strong efforts on target.

At the beginning of the second period, the Bluebirds twice had to rely on Moore to keep the Rovers at bay. The young stopper produced an incredible one-handed stop to keep out Taylor’s deflected effort, before also blocking with his feet following a nervy goalmouth scramble.

In the 112th minute came a decisive moment in the game as O’Keefe went down for treatment and couldn’t continue, leaving City with ten men remaining on the pitch.

Now with the numerical advantage, the home side struck just four minutes later. Lines set his sights from thirty yards and picked out the very top corner with a curling strike.

City had one last chance to win it in the final moments, but when Pilkington ran in behind, controlled the ball and fed Gounongbe, City’s number nine could only strike the left-hand post.