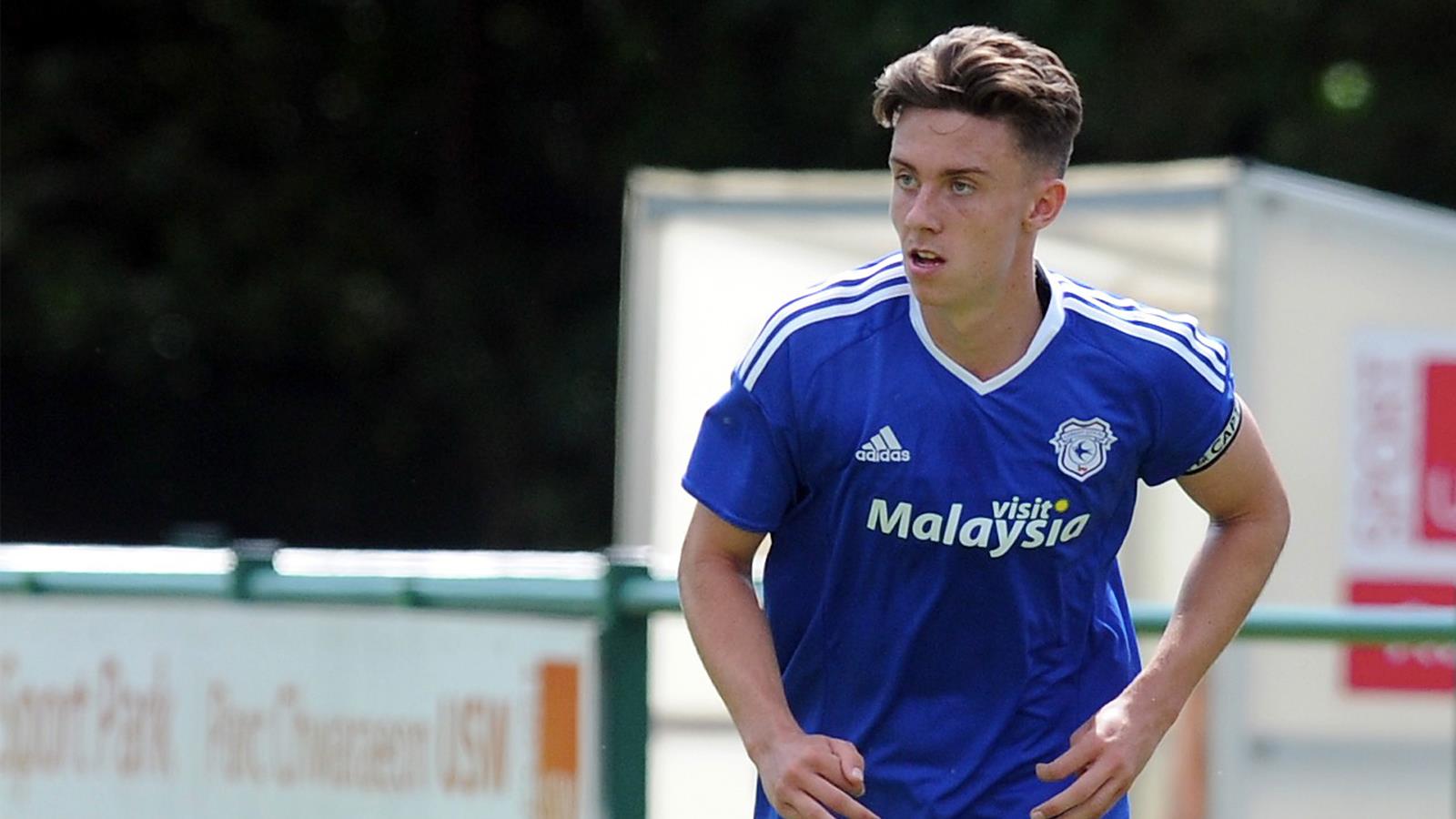 Club News
13th August
Cardiff City’s U18 side defeated Hull City, 4-3, in a highly entertaining opening fixture of the 2016/17 Professional Development League Two campaign.
The young Bluebirds began their first competitive match of the season strongly, with second year apprentices Jarrad Welch and Mark Harris both going close to opening the scoring inside the first ten minutes.
Cardiff were dominating possession, but were almost caught out on 14 minutes. Tyler Hamilton crashing an effort off the crossbar for the Tigers. While against the run of play, it was the away side who took the lead – Marc Kelledy hitting the back of the net. Jarred Harvey & Matthew Bloxham’s side had every right to feel aggrieved with this first goal, not only coming while Cardiff were on the front foot but also with a handball decision going against the boys-in-blue during the build-up.
The determined Bluebirds didn’t let this early setback halt their early momentum though, with Welch and Ibby So Sani both having attempts drift just over before the home team were given a chance to level the match from the penalty spot after 35 minutes. U18 captain Cameron Coxe with a strong run from the left wing-back position before being bought down in the box. Coxe took the responsibility on his own shoulders, sending the Hull City goalkeeper Johnny Saltmer the wrong way to deservedly equalise.
City pushed on further after this leveler, and took the lead after 42 minutes as James Waite was on hand to confidently slot home Welch’s defence splitting pass.
The Bluebirds will have been disappointed to not enter the break in the lead after an impressive first-half performance. Hull’s Billy Chadwick clinical from distance with two minutes remaining in the opening period.
Cardiff City captain Cam Coxe had another chance to score from the spot just two minutes into the second half, after again being fouled inside the area. Coxe made no mistake, grabbing his second and City’s third of the match. Within seven minutes of the restart, it was four as attacker Harris latched onto a through ball from Coxe to fire past Saltmer with his left foot.
Following the fourth goal, both sides made changes with City looking to continue their control over the match while Hull were searching for a way back into it. Fresh off scoring twice for the Cardiff City U16 side in their win over the Tigers, midfielder Sion Spence was introduced, coming off the subs bench along with Keiron Proctor, who had entered earlier in the half.
The hosts continued to look dangerous at USW Sport Park but it was to be a nervy final few minutes when Kelledy netted his second of the match from the penalty spot. Despite just a single goal separating the two teams, and with Hull pressuring, the young Bluebirds were confident, comfortably holding on to secure a well-earned three points in PDL2 on opening day.
U18 FINAL SCORE: CARDIFF CITY 4-3 HULL CITY (Coxe 36’ & 47’, Waite 42’ Harris 52’; Kelledy 18 & 82, Chadwick 43’)
Cardiff City: Coughlan, Kelly (Proctor, 60), Coxe, Young, Madden, Bodenham, Wootton, Welch (Spence, 75), Harris, So Sani, Waite. Subs Not Used: Williams, Burwood, Sharif.
Hull City: Saltmer, Akbas, Salam, Kelledy, Duxbury, Ritson (Thacker, 64), Prudhoe (Holmes, 64), Sheaf, Wilson-Rhiney, Chadwick, Hamilton. Subs Not Used: Andrew, Lewis-Potter, Taylor.
Highlights of every Cardiff City U18 league match are available on Cardiff City Player HD. For more information on our premium TV service, click here.