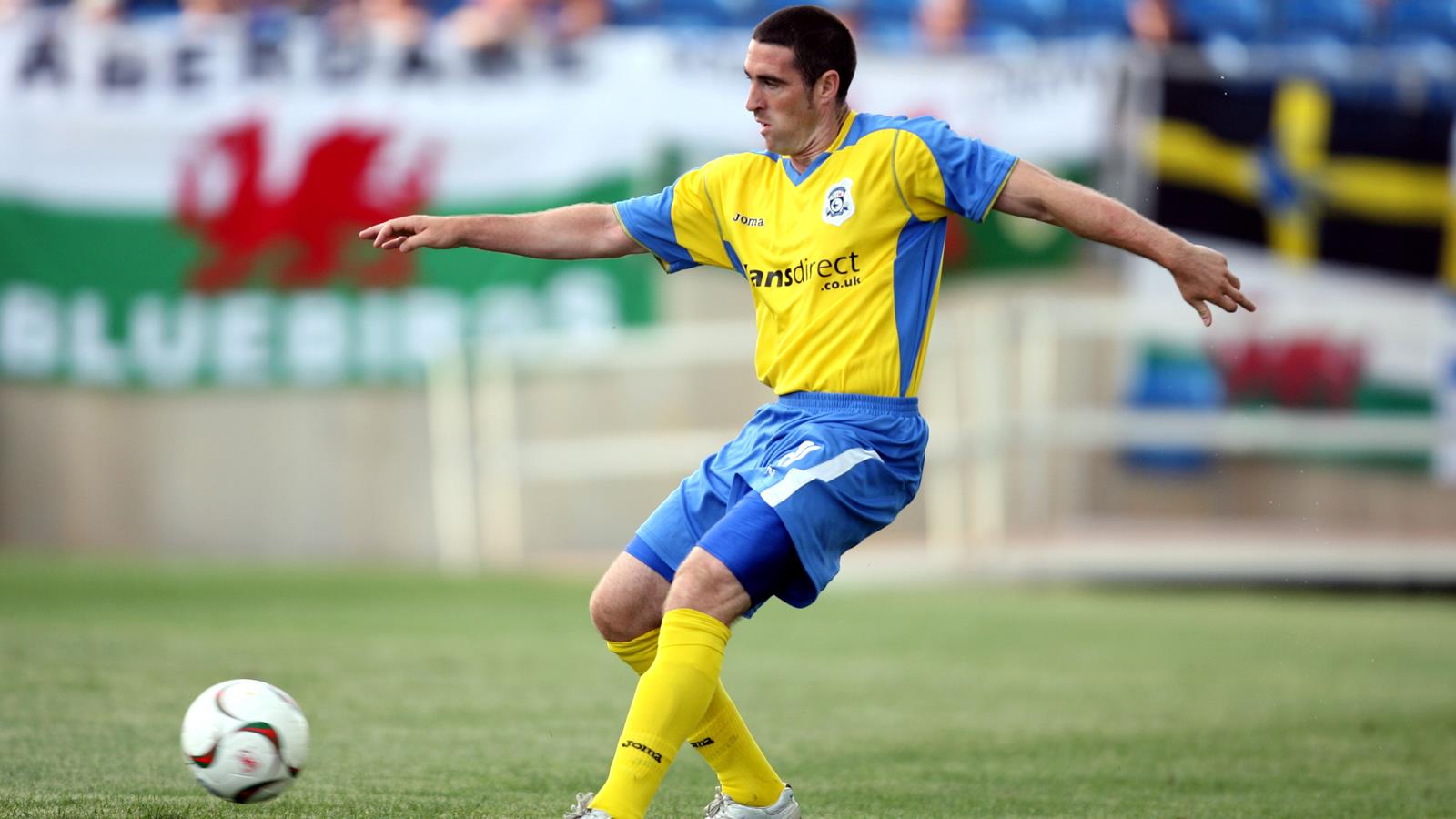 Following Saturday's 4-0 victory over Shrewsbury Town, the Bluebirds will be dusting off their passports this week as they head off on their pre-season tour to Germany.

City have lined up stand-alone fixtures against RW Ahlen and VfL Bochum, either side of the Osnabrück tournament - in which Paul Trollope’s men will face FC St Pauli and VfL Osnabrück on Saturday, July 23rd.

Now a common feature of modern pre-season schedules, Connor Pearce has taken a look back at City's success in summer tournaments gone by…

2008 ALGARVE CUP
Mark Kennedy in action against Vitória de Guimarães, with travelling Bluebirds in the background

In the summer of 2008, the Bluebirds headed to Portugal to compete in the Algarve Cup, playing three games in testing conditions on the Iberian peninsula. In preparation for the tournament, Cardiff played out a friendly 1-1 draw with Vitória de Setubal, with striker Steve Thompson scoring for City.

Wearing a limited edition yellow and blue strip, the Bluebirds then began the competition with a 2-1 win over Portuguese side Vitória de Guimarães at the Estádio D. Afonso Henriques. A Ross McCormack double set the Bluebirds on their way, as they looked ahead to a subsequent clash with Celtic, who had drawn against Middlesbrough in the other match of the tournament.

On July 24th, (again wearing a special edition Joma kit) City defeated Celtic at the Estádio Algarve, with Joe Ledley scoring the only goal of the game after seventeen minutes. The local-born midfielder struck from the edge of the box to ensure that Bluebirds’ skipper Steven McPhail lifted the trophy.


Steve McPhail skippers the Bluebirds vs Celtic at the Estádio Algarve

2006 WHITECAPS NATIONS CUP Two years before our success in the Algarve, the Bluebirds were involved in another pre-season tournament, this time in Canada. The tour began with two warm up matches, firstly against Victoria United in Vancouver. The score was 4-1 to the Bluebirds, with goals from Kevin Cooper, Michael Chopra, Steve Thompson and Darren Purse.

Next up was a trip to Seattle to face the Sounders, which ended in a 1-1 draw, with that man Chopra on the score-sheet once again.

City began the tournament against somewhat unlikely opposition, in the form of the China U20 team. The Bluebirds were emphatic winners - winning 5-0, with Chopra bagging an early brace. The other goalscorers were Thompson, Purse and Paul Parry.

Our victory set up a final clash with the hosts, Vancouver Whitecaps, who had defeated the India national team 3-1 in their previous fixture. After a 0-0 draw, the match went to a penalty shootout. Unfortunately for City, the Whitecaps emerged victorious from the shootout, with only one Bluebird – new signing Kevin McNaughton – putting away his spot kick.

Some other one-off friendly games with added competitive value have been played over the years, most recently in 2008. After our success in the Algarve, the Bluebirds returned to Ninian Park to face Dutch stars Ajax in the Vansdirect Trophy, the last ever pre-season game at the famous stadium.

Despite players such as Luis Suárez and Klaas Jan Huntelaar being in the Ajax squad, managed by Marco Van Basten, a scoreless draw meant that the trophy was shared between ourselves and de Godenzonen.

The club also took part in a match against PSV Eindhoven as part of the ‘Festival of Britain’ in 1951. Throughout the festival, many British teams hosted European opposition across the country. Played at Ninian Park, the game finished in a 2-2 draw. The City side, containing Alf Sherwood and Derrick Sullivan, went on to gain promotion to Division One in the following season, finishing second in Division Two.