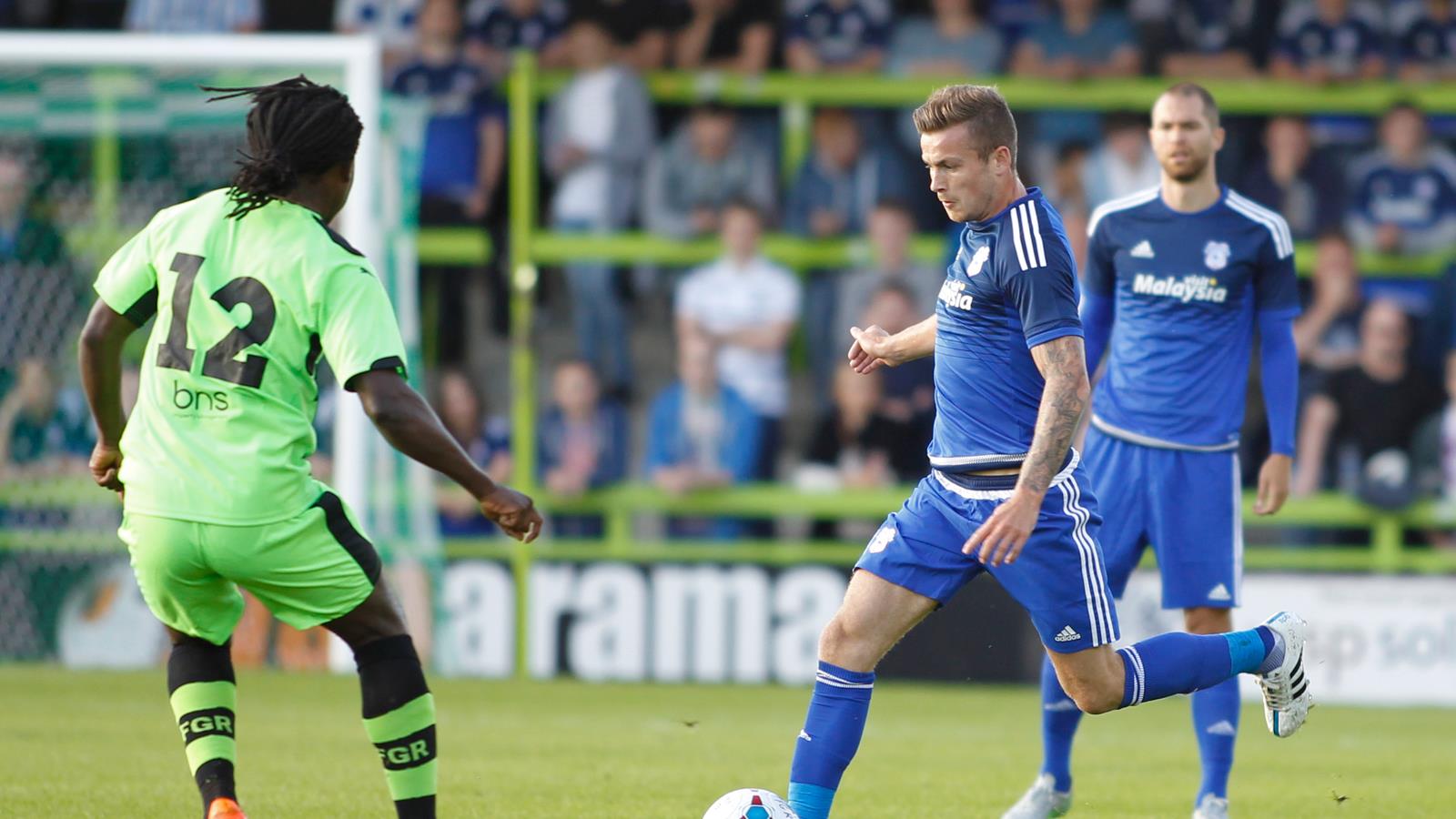 With the Bluebirds’ 2016/17 pre-season schedule kicking off tonight (Wednesday evening) at Forest Green Rovers, we take a look back at some recent memorable friendly match-ups from recent years...

Cardiff City triumphed in the Algarve Cup in July 2008, a competition which included Portuguese team Vitória de Guimarães, as well as Middlesbrough and Celtic. The Bluebirds began the tournament with a narrow 2-1 victory over Guimarães thanks to a brace from new striker Ross McCormack.

With Celtic drawing their opening match against Middlesbrough, City knew that a win would be enough to lift the trophy, as the winner was decided on a points system.

And Dave Jones' side certainly rose to the challenge, winning the match 1-0, thanks to a seventeenth minute strike from midfielder Joe Ledley. Kevin McNaughton then found Steven Thompson(pictured) and the big striker headed into the path of Ledley to fire home.

Cardiff held on to win the tournament and ensure they had a trophy to bring back from their Portuguese adventure.

Cardiff City and Chasetown had formed a unique relationship after the Bluebirds beat them 3-1 in the third round of the FA Cup in 2008. Chasetown were the lowest ranked team to ever reach that stage of the competition (a record that still stands) and City would go on to famously contest their third FA Cup Final the following May.

The bond between the two clubs was further enhanced when the Scholars were invited to be City’s first opponents at the newly-opened Cardiff City Stadium on July 10th, 2009. Jay Bothroyd(pictured) had the honour of becoming the first person to score at City’s new home, leaping high to head home Mark Kennedy’s cross.

Kennedy also set up the second goal, sliding a low cross across the box for Michael Chopra to make it 2-0 at half time. Cardiff made a raft of changes at the interval and scored two further goals thanks to strikes from Josh Magennis and youngster, Adam Matthews.

It was a game for the fans to enjoy and further strengthened a very special football relationship.

The Bluebirds went into their final warm up game ahead of the 2012/13 season looking to show their promotion credentials against Premier League opposition on August 11th, 2012. They certainly did that, running out 4-1 winners over a Newcastle United side that had finished fifth in the top flight the previous season.

Aron Gunnarsson opened the scoring in the first half with a smart volley from Peter Whittingham’s cross. Recent signing Jordon Mutch(pictured) then teed up Joe Ralls who swept home to double theadvantage.

The Bluebirds were in cruise control against their higher ranked opponents and were 3-0 up inside half an hour, Gunnarsson firing home a second with a neat finish.

Shola Ameobi pulled one back for Newcastle early on in the second half but with ten minutes to go, Etien Velikonja made it 4-1 to the Bluebirds to ensure an emphatic score line. This match proved to be a sign of things to come that season, as City romped to the Championship title.

City travelled to newly-promoted Premier League side AFC Bournemouth in their final 15/16 pre-season fixture, played at the Vitality Stadium on July 31st, 2015.

The Bluebirds began slowly and fell behind to a Tokelo Rantie strike, who had rounded Simon Moore in the Cardiff goal. City responded ten minutes later, however, with a fantastic Joe Ralls effort from outside the area. This lifted his side and they took the lead before half time thanks to a composed finish from Alex Revell.

Revell then extended City’s lead with another well taken goal to put the Bluebirds in the driving seat. Winger, Marc Pugh pulled one back for the Cherries but Cardiff held on to sign off their 2015-16 pre-season campaign in style.

City will repeat this fixture in the lead-up to their 2016/17 Championship season, as they travel to the south coast on July 30th.