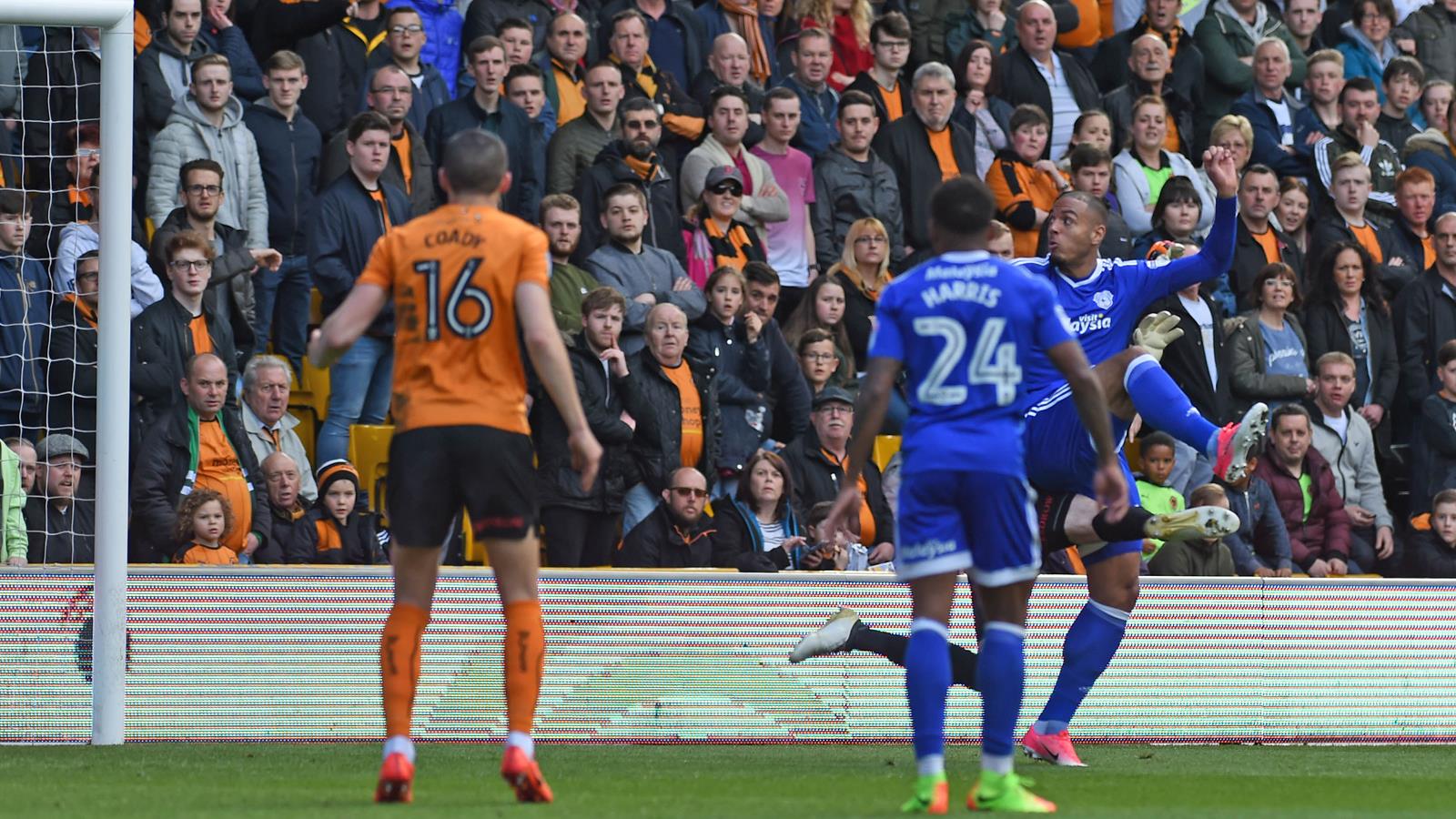 The Bluebirds began brightly at Molineux, lining up with Sol Bamba in the heart of midfield, in front of a defensive pairing of Sean Morrison and Bruno Manga.

But the opening goal came out of the blue, as the home side scored from their first foray into the final third. When Ben Marshall’s free-kick was nodded back across goal by Andreas Weimann, Danny Batth was on hand to head home the early opener.

The lead lasted just five minutes, however, as Neil Warnock’s men soon struck a deserved equaliser. As the ball came back in following a City free-kick on the right, Kenneth Zohore timed his run perfectly to find space and direct an instinctive header over Andy Lonergan in the Wolves goal.

City threatened to take the lead as Aron Gunnarsson’s trademark long throws caused havoc in the Wolves back line. Junior Hoilett went particularly close following one such throw, before Lonergan’s miscued punch from a corner left Wolves hearts in mouths.

While Helder Costa saw an effort deflected into the hands of Allan McGregor after bursting through for Wolves, City spurned a gilt-edged opportunity before the half hour mark. When the ever impressive Zohore drifted out to the left, he picked out the onrushing Gunnarsson, who side-footed the ball agonisingly wide of the post from close range.

The two sides continued to trade punches in an entertaining first half but, unfortunately for the Bluebirds, it was Wolves who went in ahead at the break. Again, home skipper Batth won an aerial battle in the City box, this time powering a header home from Marshall’s cross to make it 2-1.

City came out of the tunnel in determined spirit as they looked to battle their way back into the game. Indeed, Joe Ralls went into the book for one over-eager challenge in the hotly contested clash.

Wolves could have stretched their lead though, had David Edwards controlled the ball after drifting unmarked into the box. Warnock soon looked to shift the momentum of the match, introducing both Peter Whittingham and Craig Noone to the action.

Noone, of course, has fond memories of playing at Molineux, and he almost made an instant impact once again. The winger cut in from the right and deceived Lonergan with a disguised effort that rebounded back off the near post.

With City committing men forward, Wolves looked to hit the Bluebirds on the counter. On one occasion, the home side had five men over, with only Jazz Richards back to defend. They somehow failed to capitalise, however, with McGregor quick off his line to gather the ball.

With full-time approaching, the home side managed to score a decisive goal to secure a 3-1 win. Costa picked the ball up in the box, and the Portuguese winger’s turn deceived both Morrison and McGregor, allowing him to turn home with ease to seal the points for Wolves.