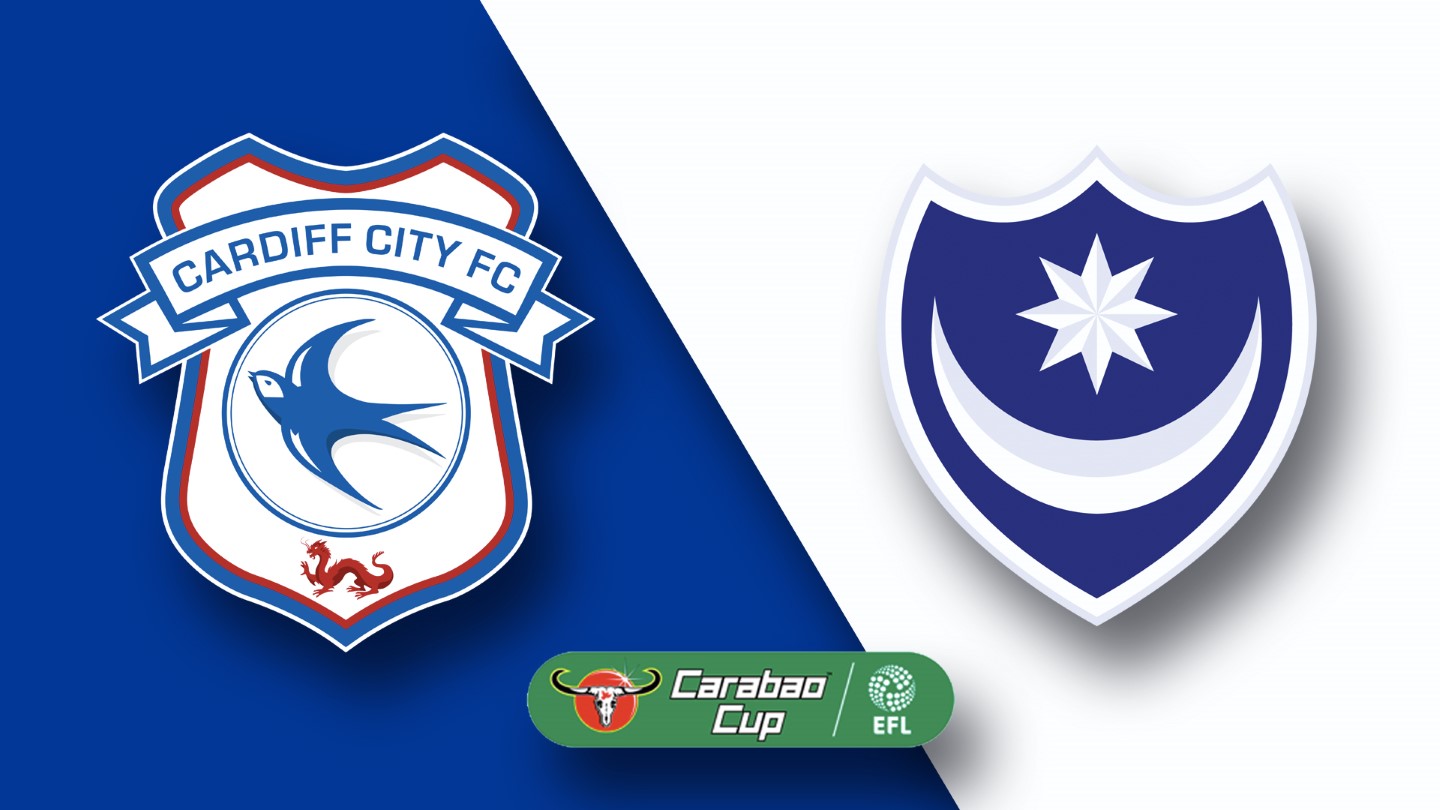 Match preview for Cardiff City vs Portsmouth on 08 Aug 17

The Bluebirds host Kenny Jackett’s men in the first round of the newly reformed Carabao Cup on Tuesday, 8th August 2017.

Neil Warnock’s men return to South Wales brimming with confidence after a successful opening to the season following their 1-0 win over Burton Albion at the Pirelli Stadium.

What to expect from Pompey…

City welcome the newly promoted League One outfit to the Welsh capital just three days after their opening victory against Rochdale. Jackett’s men managed a convincing 2-0 win on their return to League One with new signing Brett Pitman netting twice on his debut.

Jackett – who replaced Paul Cook after he departed for Wigan Athletic – has had many a trip to CCS, with his former sides such as Wolverhampton Wanderers and Millwall.

The ex-Welsh international does have a number of dangerous players at his disposal, including Pitman, who arrived in July from Ipswich Town. Having scored twice in one appearance and captaining Pompey in their opening day victory, Pitman also made sixty-one appearances for the Tractor Boys over two years, scoring fourteen goals.

Winger Gareth Evans is also one of the standout players for Pompey, and has been at the club since 2015. The twenty-nine year old has taken the armband on a number of occasions and was an important piece in the promotion puzzle during their successes of last season.

Kyle Bennett has also been with Pompey since 2015, and has been a star player since his arrival. The attacking midfielder is known for his pace and close ball control, and scored six goals as well as assisting on five occasions during the path to promotion last term.

The visitors’ transfer window so far…

Jackett’s first transfer window on the South Coast has seen him bring in four players since he was appointed at the beginning of June.

Along with striker Pitman, Pompey have brought in ‘keeper Luke McGee from Tottenham Hotspur after he impressed on loan at Peterborough United last season. Nathan Thompson arrived at Fratton Park on a free transfer after his contract with Swindon Town expired, and Tareiq Holmes-Dennis has signed on a season-long loan deal from recently promoted Huddersfield Town.

The most recent fixture between City and Pompey saw Craig Conway score an incredible injury-time winner at CCS as the Bluebirds fought back from 2-1 down to claim an extraordinary 3-2 victory. Current Bluebird, Greg Halford, had put Pompey 2-1 up at one stage in the game, but City's goals from Kenny Miller, Mark Hudson and Conway sealed the win.

Cardiff are unbeaten in the last four meetings against Tuesday’s opponents (three wins and a draw), with Pompey’s last victory in this fixture coming in the FA Cup Final back in 2008.

As mentioned, City no.15 Greg Halford is the most notable player to wear blue for both clubs. The thirty-two year old spent the 2010/11 season on loan before signing permanently at the end of the campaign.

Defender Colin Sullivan also played for both City and Pompey in his career that spanned through the 80s. The Englishman made sixty-three appearances for the Bluebirds, before appearing for Pompey from 1981/84. Striker Kevin Bartlett made three appearances on the South Coast before moving to Cardiff and scoring twenty-five goals in eighty-two appearances over a successful three year period.