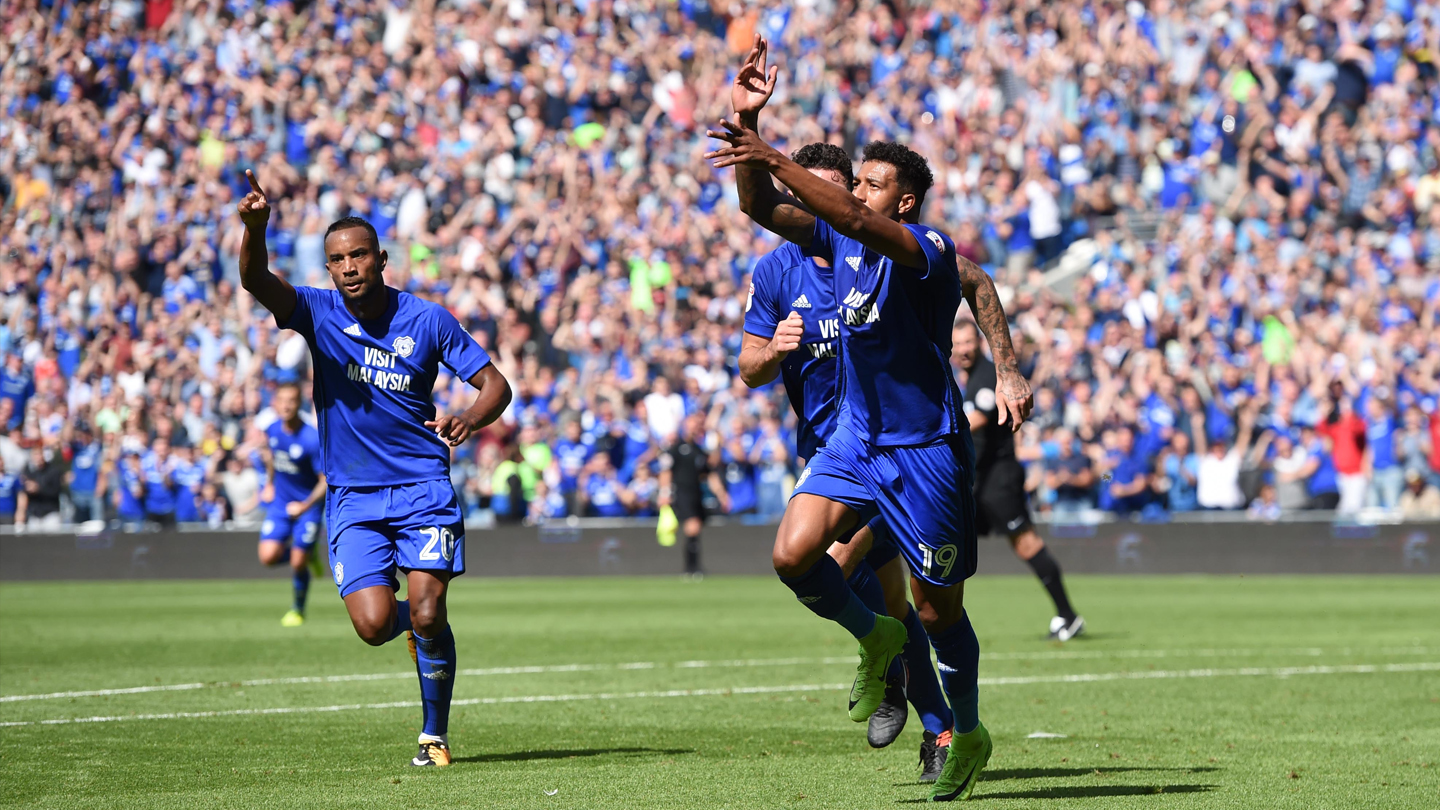 A superb performance from the Bluebirds saw them beat Aston Villa by three goals to nil in their first home league game of the season at Cardiff City Stadium.

Nathaniel Mendez-Laing got on the score-sheet twice and was named man of the match on his full début, while a sublime piece of skill from Kenneth Zohore set up Junior Hoilett for City's other goal.

The sun was beating down on Cardiff City Stadium as Joe Ralls kicked-off proceedings in the first Championship home match of the season.

Villa’s Scott Hogan had the first chance of the match, but a brave rush from Neil Etheridge stopped the the visitors in their tracks.

It didn’t take long for the Bluebirds to get on the front foot though, with a fierce Hoilett shot from distance coming close to going in after a fumble from Samuel Johnstone, but the panicked Villa ‘keeper did just enough to keep hold of the ball on the line.

Zohore went close in the fifteenth minute with City playing out from defence, the forward using his strength and pace to beat the defender for a shot on goal that was saved.

Soon after, Hoilett worked his magic on the wing to turn Alan Hutton inside out in the penalty box, his cross whipping across the face of goal with no City player able to get a touch on it.

The first score came after some confusion just outside the box – the lively Hoilett latching onto a bouncing ball to launch a lofted cross to the back post with Mendez-Laing on hand to head down to grab the lead.

Both sides had chances in the remainder of the half. A header over the Villa defence led to Zohore breaking free to fire off a shot on goal which was blocked - the rebound falling to Loïc Damour whose shot beat the ‘keeper but was cleared by visitors.

Villa had a strong start to the second period with Gabriel Agbonlahor dangerous in the box before Aron Gunnarson got rid of the ball. The resulting corner led to a break up field started by Sol Bamba, with Mendez-Laing unfortunate not to score.

Minutes later Zohore was again clear, holding off Wales international James Chester for a shot on target which was blocked again by the formidable Johnstone.

Not long after, Chester had a chance of his own, racing into the City box to meet a Henri Lansbury corner. He couldn’t take advantage; however, and his header bounced off the ground, thudding into the bar before being cleared.

City were gaining the upper hand and the Bluebirds made this dominance count by doubling their lead. A Damour pass through to Zohore led to the big Dane using his strength to power past flailing defenders, before chipping a sublime pass to the unmarked Hoilett who tapped in from short range.

The momentum was with the home side and Villa were kept on the back foot through some poor play, Mendez-Laing coming close to adding City’s third thanks to a misplaced pass but Johnstone did well to save once again.

He didn’t have to wait long to grab another goal though, nonchalantly wrong-footing the defender to curl into the top-right corner in sensational style.

The rest of the match was dominated by Cardiff, with several chances including efforts by Zohore, Mendez-Laing and Damour who had all been persistent thorns in the side of the Villa defence.

The referee’s full-time whistle brought an end to a sublime start to the home league season at Cardiff City Stadium - the Bluebirds enjoying their third win in a week and sending a large crowd home happy.