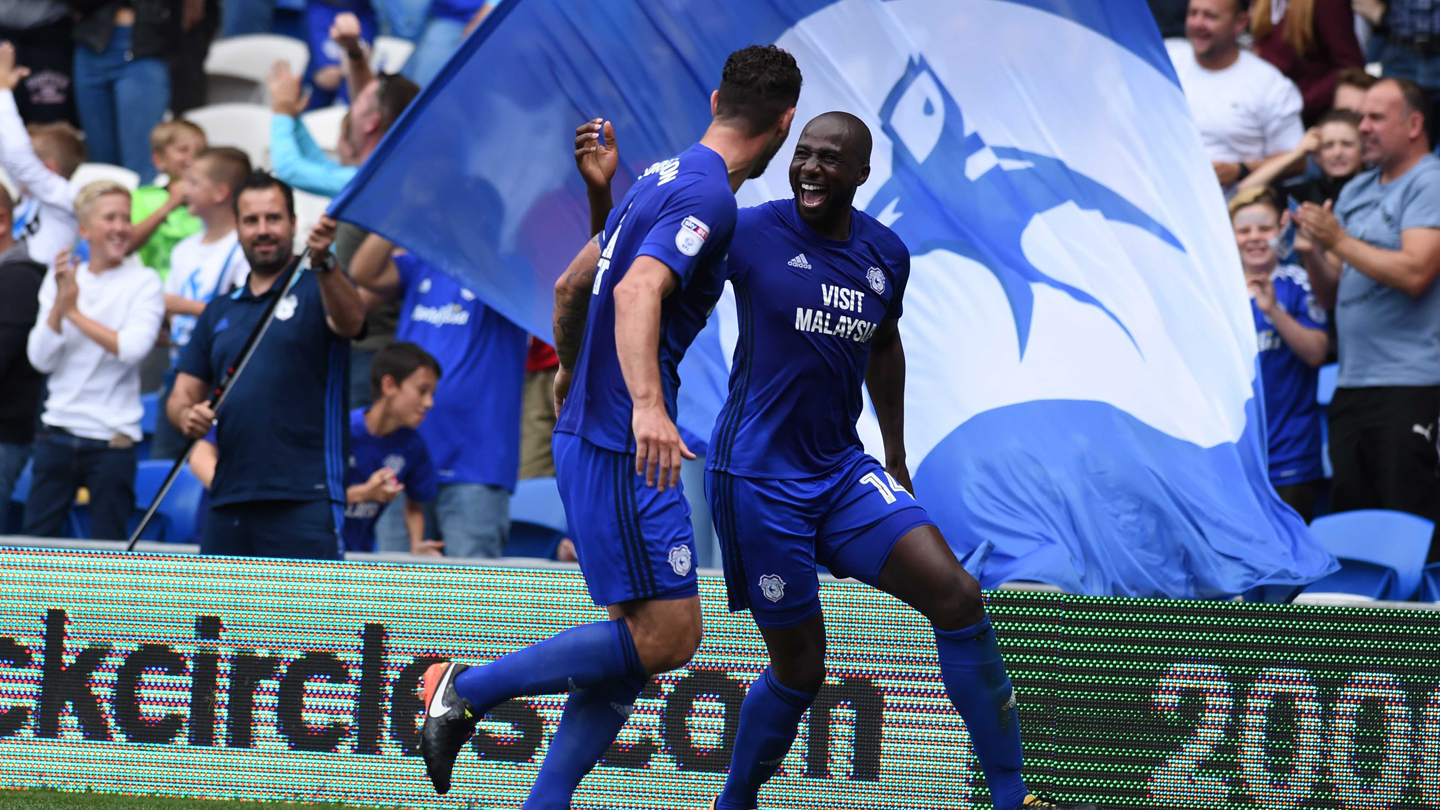 Cardiff City fought back against QPR to secure their fifth win from five league matches, with former Rs winger Junior Hoilett and Sol Bamba both on the score sheet.

Cardiff City's 100% record in the Sky Bet Championship puts them three points clear at the top of the table.

City went into their fifth game of the season looking to preserve their remarkable record so far this season. Neil Warnock made one change from last weekend’s victory over Wolverhampton Wanderers, as Joe Bennett made his return from injury, replacing Jazz Richards.

The Bluebirds started the stronger side, but it was Ian Holloway’s side that took the lead against the run of play. Matt Smith turned in Luke Freeman’s cross from the left hand side with fifteen minutes on the clock.

City responded well though, and Bennett’s cross from the left hand side was expertly chested down by Hoilett, but his turn and shot was held by Alex Smithies in the QPR goal.

Hoilett got his goal six minutes later after wonderful work from Kenneth Zohore. The Dane’s tireless work rate caused a mix-up between former Bluebird Steven Caulker and Nedum Onuoha, before Onuoha’s back pass was charged down by Hoilett and the Canadian international’s block from Smithies’ attempted clearance rebounded into an empty net.

Hoilett and Zohore both had chances to give City the lead a few minutes later. First, Hoilett’s cut-in from the left hand side was deflected just wide of the far post, before Zohore had a goal disallowed for a foul on a QPR defender.

Two minutes before half time Nathaniel Mendez-Laing almost scored his sixth goal of the season. Cutting in from the right and going past two defenders before Smithies did well to tip his powerful effort behind.

But City didn't have to wait for their second - fresh from signing his new deal on Friday, Bamba expertly headed the resulting in-swinging corner in from a tight angle.

Just after the half-time whistle, City should have had a third. Brilliant work once again from Zohore and Mendez-Laing saw Hoilett tap in from close range, only for it to be disallowed once again for an alleged foul on Darnell Furlong.

Mendez-Laing again almost added a third as the ball fell to the 25 year-old on the edge of the six yard box, and his powerful effort cannoned off the crossbar before Hoilett had yet another attempt tipped over by Smithies.

QPR’s ‘keeper kept his side in the game during the second half, as he saved strong attempts from both Joe Ralls and Sean Morrison, before Hoilett found space on the edge of the box and his curling effort was deflected wide.

Zohore was the next to try his luck for City. Smithies saved two attempts in quick succession, one at point blank range after good work from Loïc Damour, and then the 23 year-old curled a right-footed effort a fraction just over the bar.

The Bluebirds dominated the closing stages; with substitute Danny Ward inches away from making it 3-1 and scoring his first competitive goal, but his sliding effort was cleared off the line.

Bruno Ecuele Manga came on to solidify the City back line in added time, as Neil Warnock’s side claimed their fifth win of the season and remain top of the Sky Bet Championship table.