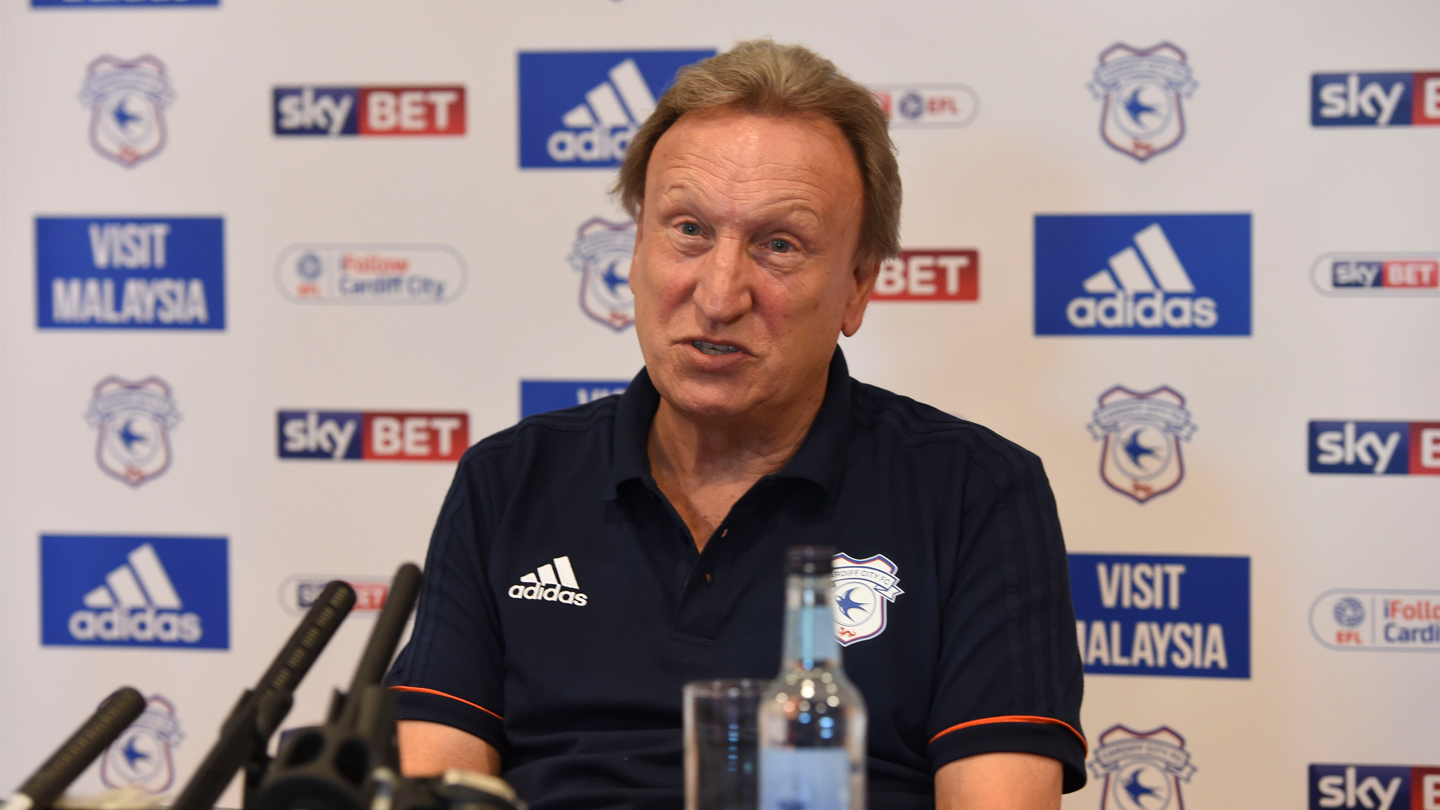 NW: "I've never been so confident with a group of lads."

The Gaffer reflected on pre-season and revealed how excited he is to get the new season underway.

“I’m not really a pre-season manager,” he began. “I enjoy getting the lads together and everything, involving the supporters, but I just need that little bit of an edge in a match.

“I’m glad we’re up and running now! I’ve never been more confident with a group of lads that we can get a result anywhere we go now.

"I don’t think many managers can say that. Of course, we’ll still need a bit of luck - some things never change - but overall, I’m really optimistic."

Neil went on explain what he expects from Saturday’s hosts, Burton Albion, as the Bluebirds prepare to play in front of City’s sold-out allocation at the Pirelli Stadium.

“It’s a really friendly, family-oriented club and it always will be," he continued. "Burton will be just as difficult as Villa - because that’s how the Championship is. Every point you pick up in this division, you earn it.

“I don’t think they’ve got quite as much accolade as they should have really - I think it’s the miracle of the last ten years personally, and all credit to them.”

Watch much more from Neil Warnock in his press conference, and a further exclusive interview, on iFollow Cardiff City.