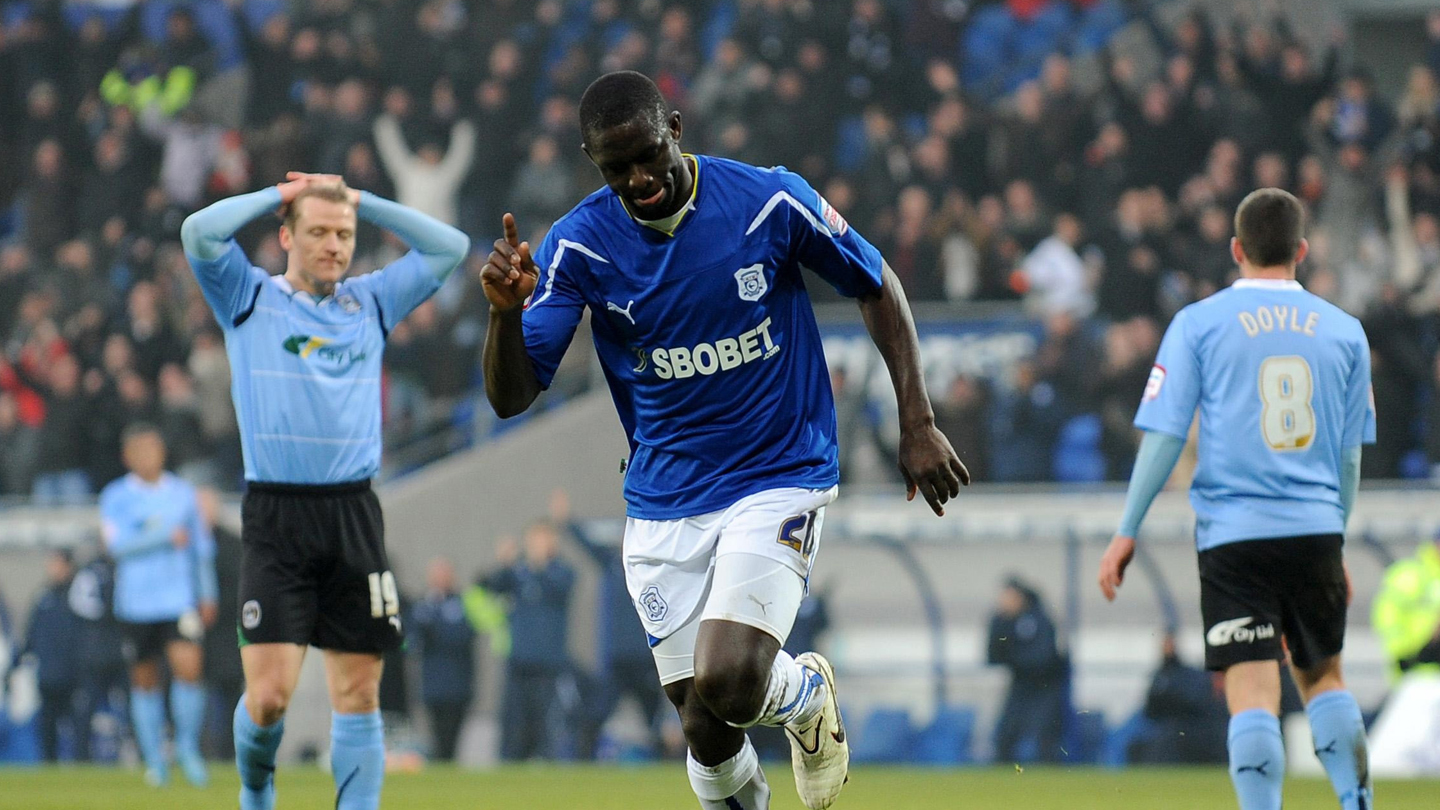 Ahead of the game, we take a look back at some of our favourite Boxing Day clashes.

It was a South Wales derby for Boxing Day of 1951 as Swansea Town (as they were formerly named) travelled to Ninian Park. The Bluebirds were aiming for promotion that year and a 3-0 victory over their close rivals aided that dream. Billy Baker, Wilf Grant and Mike Tiddy scored in front of over 45,000 people in attendance.

The 1951/52 season was an extremely successful campaign for Cardiff City Football club. Cyril Spiers’ side were promoted to Division One after finishing second behind Sheffield Wednesday.

In 1967, the Bluebirds took on the Villans at Ninian Park for another Boxing Day clash. Jimmy Scoular’s side emphatically beat the midlands team 3-0. Leslie Lea (2) and John Toshack (pictured below) both netted in the Division Two match.

That season Cardiff City enjoyed their most successful ever journey in European competition by reaching the semi-final of the European Cup Winners Cup.

Dave Jones’ Cardiff City hosted the Sky Blues for a Boxing Day encounter in the 2010/11 season. Home fans went away in high festive spirits as the Bluebirds won 2-0. Seyi Olofinjana grabbed the opener, before Craig Bellamy sealed the three points late on via the aid of a deflection.

Fans may remember that Olofinjana famously celebrated his goal by putting snow on his head before doing the ayatollah!

Chances continued at either end before the hosts found a winner with 17 minutes remaining. Club stalwart Aron Gunnarsson headed in via the underside of the bar to put the Bluebirds five points clear at the summit of the table. The game would also be fondly remembered for the frustrating time Kevin McNaughton gave to the in-form Wilfried Zaha!

Cardiff City would then go on to gain 87 points which was enough to win the title and gain promotion to the top flight. Going in to that Boxing Day fixture with Palace they were on 47… the same number of points the Bluebirds have to their name ahead of today’s clash!

Check out the above iFollow video for more Bluebirds Christmas moments...