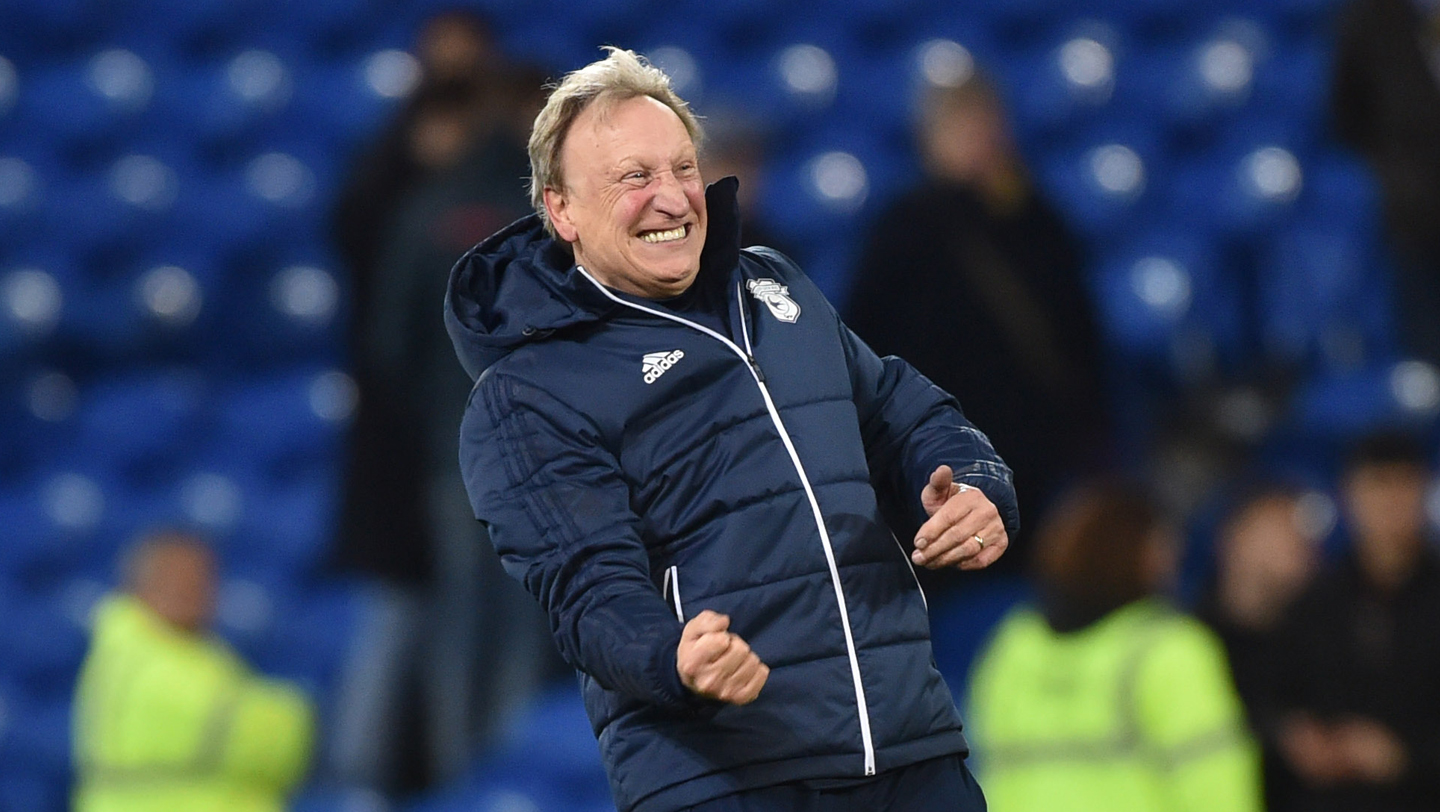 Neil Warnock praised ‘Man of the Match’ Sol Bamba for another stoic performance that “epitomised” the passion of the Cardiff City fans.

Bamba’s 57th minute header secured the points for a Bluebirds side depleted by injury, but saturated in an ever-growing team spirit.

And as the clock ticked towards the 90th minute, those in attendance at Cardiff City Stadium sang back to the stand-in skipper with a George Michael-inspired ode that will live long in the memory.

“Sol was a colossus again – the epitome of the spirit of Cardiff City supporters,” said the Gaffer in his post-match press & media conference.

“I wouldn’t swap Sol for anybody in the Premier League, let alone the Championship. I don’t think Bruno [Ecuele Manga] was far behind him either, he goes un-noticed at times. I’m lucky to have those two and of course [Sean Morrison].

“But Sol is just a genuine and honest player; he gets those legs wrapped around the ball like an octopus and the other lads respond to the way he plays.”

City moved back to within four points of leaders Wolves and edged four clear of Bristol City – who won at home to Nottingham Forest earlier in the afternoon.

The Bluebirds have now won five of their last six fixtures and go into the festive period with an away trip to Bolton Wanderers next weekend preceding back-to-back home fixtures with Fulham [Boxing Day] and Preston North End on December 29th.

“We knew Hull had big lads at the back, but for the first time we didn’t really know how we were going to do with Pilks [Anthony Pilkington] up top and Tomlin having to play from the start [due to a slew of injuries],” the Gaffer reflected.

“But at half time I said to them that I thought we’d had our best 15 minutes leading into the break and could go up a gear.

"I told them it was clear that we knew what we needed to do at that stage and that we could step up; I didn’t think they [Hull] could - I thought they were playing to their maximum.

“In the circumstances, that was our best three points of the season to date."