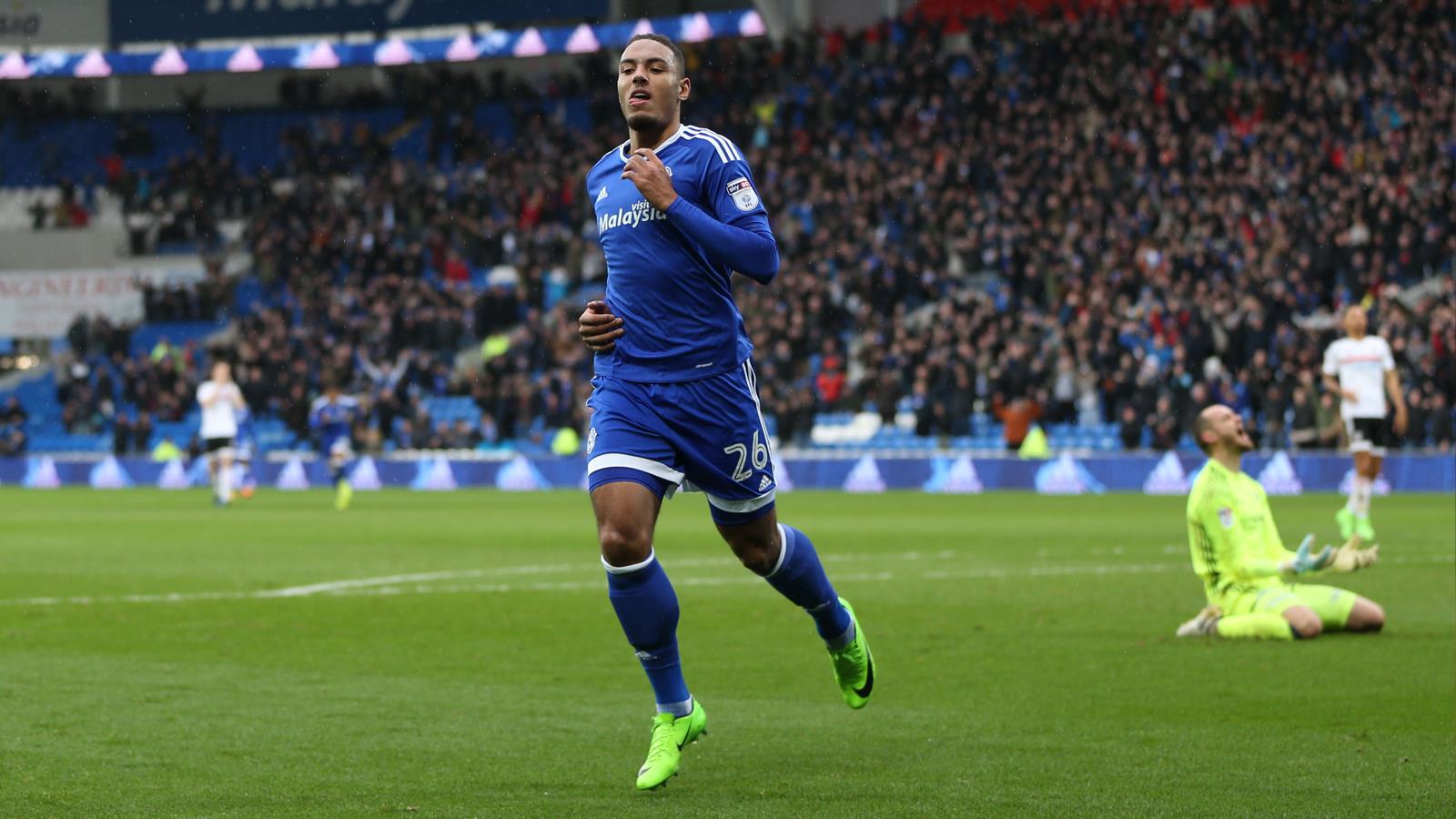 Two in-form sides met at a damp Cardiff City Stadium, with the first twenty minutes showing just why both the Bluebirds and the Cottagers are high up the Championship form table. Junior Hoilett enjoyed the first Cardiff opportunity, beating the offside trap and dribbling towards goal, before firing over from inside the area. A minute later, a corner kick fell to Sol Bamba at the back post, with the defender’s shot bringing a fine reflex save from David Button in the Fulham goal.

A break down the left flank provided the Bluebirds with their next opportunity, as Kenneth Zohore raced towards the by-line. His pass found Hoilett in the box, who was thwarted by the impressive Button. The resulting counter-attack gave a glimpse of Fulham’s attacking ability, with Sone Aluko forcing a fantastic reflex save from Allan McGregor. Four minutes later, the Whites took the lead, making no mistake from a second breakaway. Stefan Johansen raced into the box and slotted home for his second CCS goal this year.

The Bluebirds continued the entertaining start to the match – equalising seven minutes later. Good pressure from Joe Ralls forced a poor pass between the Fulham defenders, with Zohore racing through to meet the loose ball with an excellent touch. He showed great pace to draw away from the defence, before calmly slotting past Button to level the scores.

Both sides enjoyed good chances to take the lead, with Jazz Richards heading off the City line and McGregor producing a good block, before another Zohore one-on-one this time went the way of the Cottagers. Late efforts from full-backs Scott Malone and Ryan Fredericks both flashed wide of the upright, sending the sides in at the break on level terms.

The Whites started the second half well, with Floyd Ayite firing over from inside the box. Minutes later, a similar chance fell to Craig Noone, who couldn’t keep his shot down after Zohore’s lay off.


THE POINTS ARE SHARED

Ten minutes into the second period, Zohore doubled his tally with an incredible strike. A lofted Sean Morrison header looped over the Fulham defence, with Zohore immediately giving chase. He latched onto the ball before unleashing an incredible strike from the right hand side, which was too powerful for Button to keep out.

Fulham grabbed an equaliser with twenty three minutes to go, through substitute Neeskens Kebano. After an excellent Aron Gunnarsson tackle, the ball fell to Tom Cairney, who expertly slid in Kebano. A tidy finish from the Congolese forward got the visitors back in the game, and swung momentum in their favour. The final twenty minutes saw the Whites create more chances, with Richards and Bamba expertly delivering last-ditch tackles to deny Aluko and Fredericks respectively.

City had one final chance to snatch it, through substitute Declan John. An excellent cross from Zohore found the Welsh left-back, whose low strike hit the foot of the post. The match finished with the points shared, a fitting and fair end to an enthralling contest.