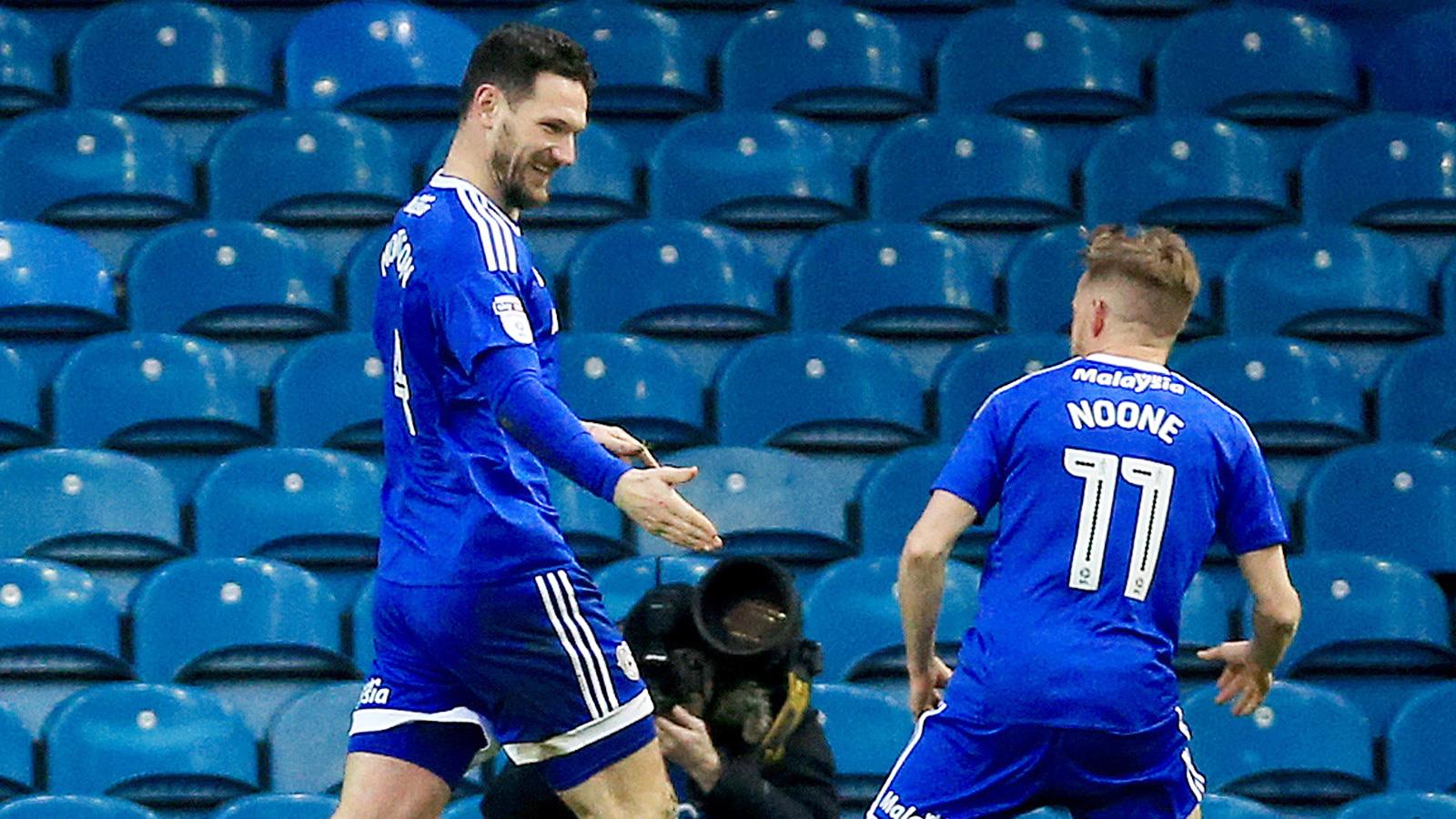 Cardiff City captain Sean Morrison played a crucial role in Cardiff City's excellent 2-0 Sky Bet Championship win at Leeds United on Saturday. The Yorkshire side had been in fine home form leading up to the contest, winning their last six at Elland Road.

The central defender put City in front early in the second half, and was an integral part of a defensive performance that resulted in an impressive clean sheet.He spoke to the press & media following this victory.

“I think we’ve been playing well in recent weeks”, Sean began. “We’ve battled away but we’ve not always been able to do it in the final third or keep enough clean sheets.

“It was the perfect performance, we were solid, hard to beat and we grew into the game. I thought they started the the better team which they were always going to with 30,000 fans behind them.

“We stuck to the game plan, knew what we had to do, got our first goal from a set piece and then Ken [Zohore] put it to bed by making it 2-0. So we’re absolutely delighted!”

Morrison admitted he was happy to get on the score sheet for the Bluebirds and believes that the team will gain a lot of confidence from the result.

“I’ve had a lot of chances this season so it’s nice to see one go in the bottom corner”, he continued. “Nooney [Craig Noone] put a great ball in, it was on a plate for me really, and I couldn’t miss it to be honest.

“To come to a place like this and get a clean sheet and a win when Leeds are on a terrific run shows we’ve got nothing to fear in this league.

“We believe in ourselves, we always have done, under the gaffer we’re very solid and we know what we’re capable of. If we can keep putting in performances like this, then we’ve got every chance of finishing as high as we possibly can.

“We’ve got Derby away on Tuesday which is going to be a very difficult game but if we go up there and put in a similar performance then we’ve got every chance of coming back with at least a point and possibly all three.”