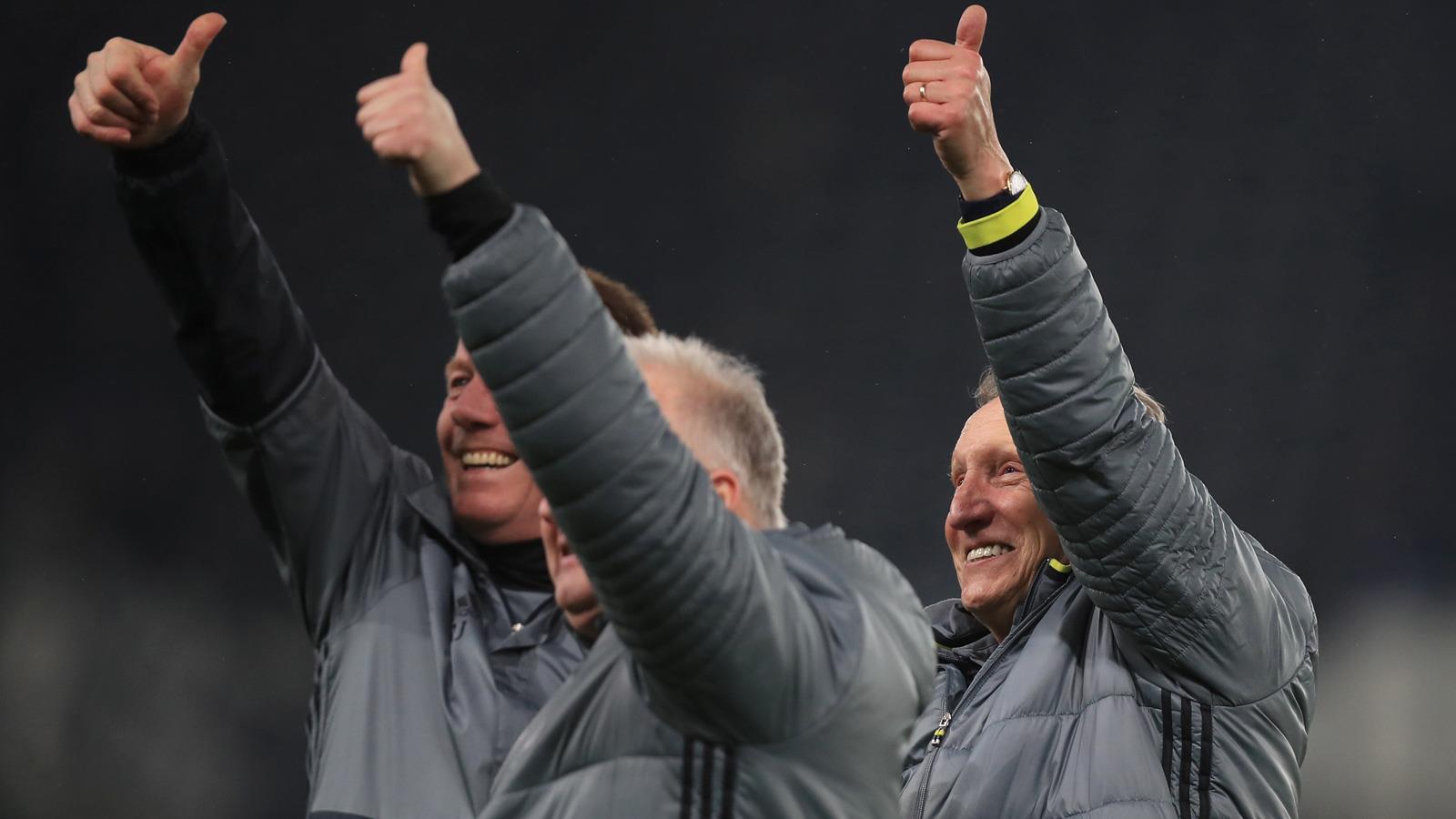 WARNOCK: "WE CAN GIVE ANYONE A GOOD GAME"

The Bluebirds fought back to win after conceding two early goals at Pride Park.

“They were mistakes from us," Neil admitted. "It wasn't how good Derby were, it was how poor we were and you can't legislate for it after the performance at Leeds.

"I was just hoping to get to half-time at 2-0 and change it because I always thought the next goal could change things because you could feel the apprehension in the crowd.

"The goal helped us enormously and I told them at half-time, let's not think about drawing, let's win it!"

After fighting back to level early in the second period, the Bluebirds took the lead before County managed to net their third of the match. It looked as if Warnock's men would gain a strong point on the road before Rhys Healey was fouled in the area as normal time ran out.

“Of course, when it became 3-3 you wish you were on the bus and take the draw but no-one told young Rhys.

“The game had a bit of everything – it's what you call old fashioned football and it's why I love the game: the oohs, the ahs, it's why I love being involved, especially when you come out on the right side of it.

“I’ve said before we can go anywhere and give anyone a good game – and this proved it again."