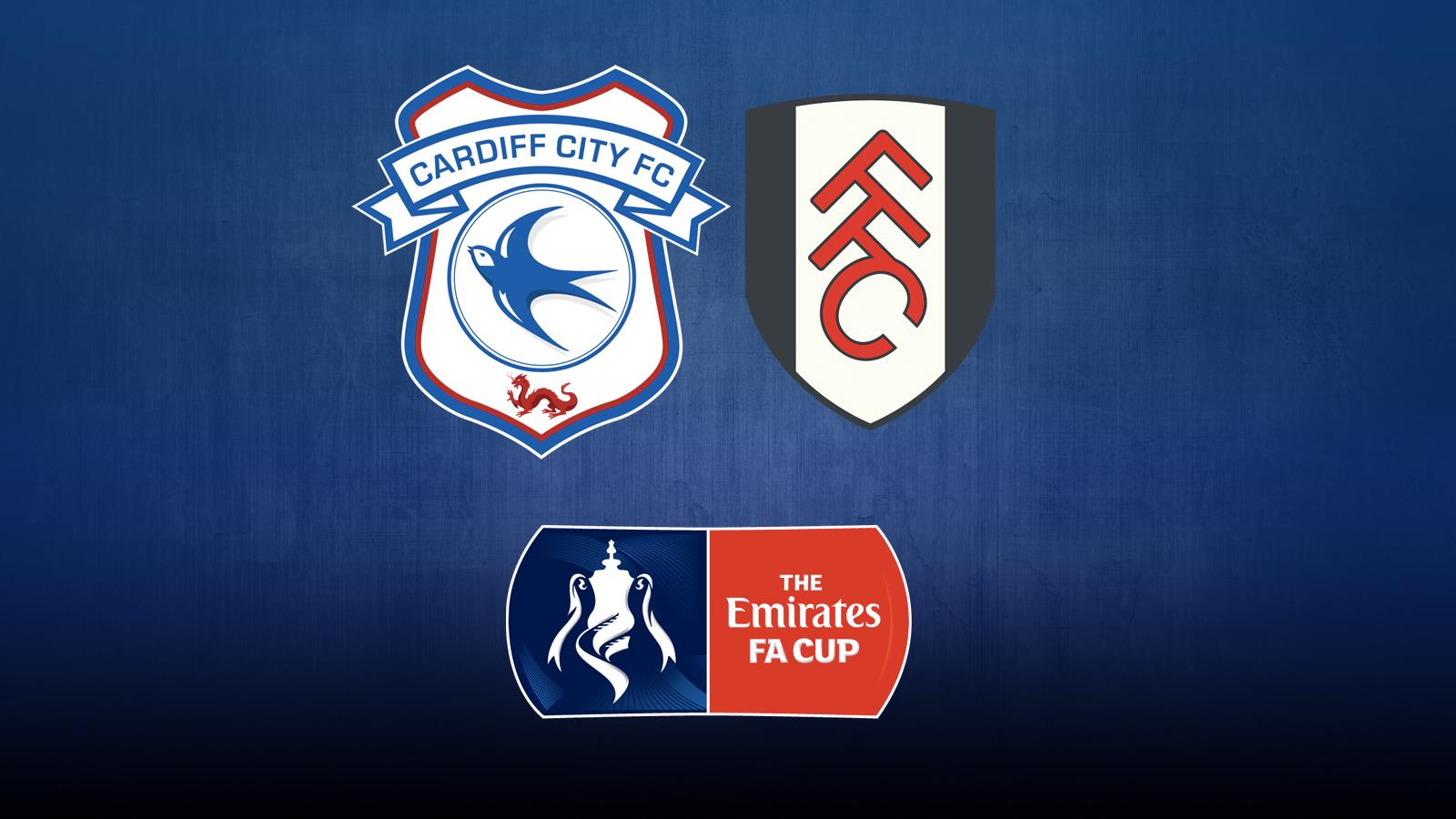 Cardiff City welcome Fulham to South Wales on Sunday as Neil Warnock's men take on the Cottagers in Emirates FA Cup action. The Third Round tie at Cardiff City Stadium kicks off at 11:30am.

Last season, the Cottagers saw their FA Cup participation come to an end at the third round stage against Sheffield Wednesday at Hillsbrough. Goals from Barry Bannan and Atdhe Nuhiu were enough to see the home side through in a 2-1 victory.

Turning to the current campaign, Sunday’s opponents are enjoying a good run of form, having only lost one of their previous six Sky Bet Championship games. There have been some eye catching results in this run, including a 5-0 home win over promotion-chasing Reading at the beginning of December and a 4-4 draw with Wolves at Molineux.

Last time out, however, Fulham lost 2-1 to league leaders Brighton and Hove Albion. Lucas Piazon put the Cottagers ahead after half time but two quick fire goals from Tomer Hemed and Lewis Dunk ensured that the Seagulls took three points back to Sussex.

Jeff Eckhardt joined Fulham in 1987 and the extremely versatile player went on to play 270 times for the Cottagers, scoring 25 goals. After a spell with Stockport County, he arrived at Ninian Park in 1996. Jeff remained in the Welsh capital until 2001 and played nearly 150 times for the Bluebirds.

The Bluebirds and Fulham were involved in summer transfer activity, with Wales international Jazz Richards joining the Bluebirds and left back, Scott Malone going in the opposite direction to ply his trade at Craven Cottage.

Other players who have represented both the Bluebirds and the Cottagers include Eddie Johnson, Heidar Helguson, Junichi Inamoto and Ross McCormack.

MEMORABLE CUP MEETINGFulham and Cardiff previously met in the competition way back in the 1920s, on 31st January 1925.

The Cottagers arrived at Ninian Park for their Second Round match and were greeted by monsoon-like conditions that undoubtedly had an effect on the contest.

The Bluebirds, managed by the legendary Fred Stewart, made an unconvincing start to the game and both sides were struggling to create clear cut chances. As the match progressed, the weather worsened and this led to the referee taking the decision to suspend play for ten minutes until the teams agreed to carry on.

Eventually, City got their goal through all time record goal scorer, Len Davies, who struck to give his side a slender advantage. Despite the conditions, the Cardiff defence held firm and a place in the Third Round beckoned.

The Bluebirds would go on to defeat Notts County, Leicester City and Blackburn Rovers to set up a first ever FA Cup Final appearance on 25th April 1925. Unfortunately, Stewart’s men narrowly lost 1-0 to Sheffield United at Wembley. Of course, the Bluebirds would only have to wait two more years to become the first team to take the cup out of England...

LISTEN: Supporters can listen in live on Cardiff City Player HD* for all the action from City vs Fulham.