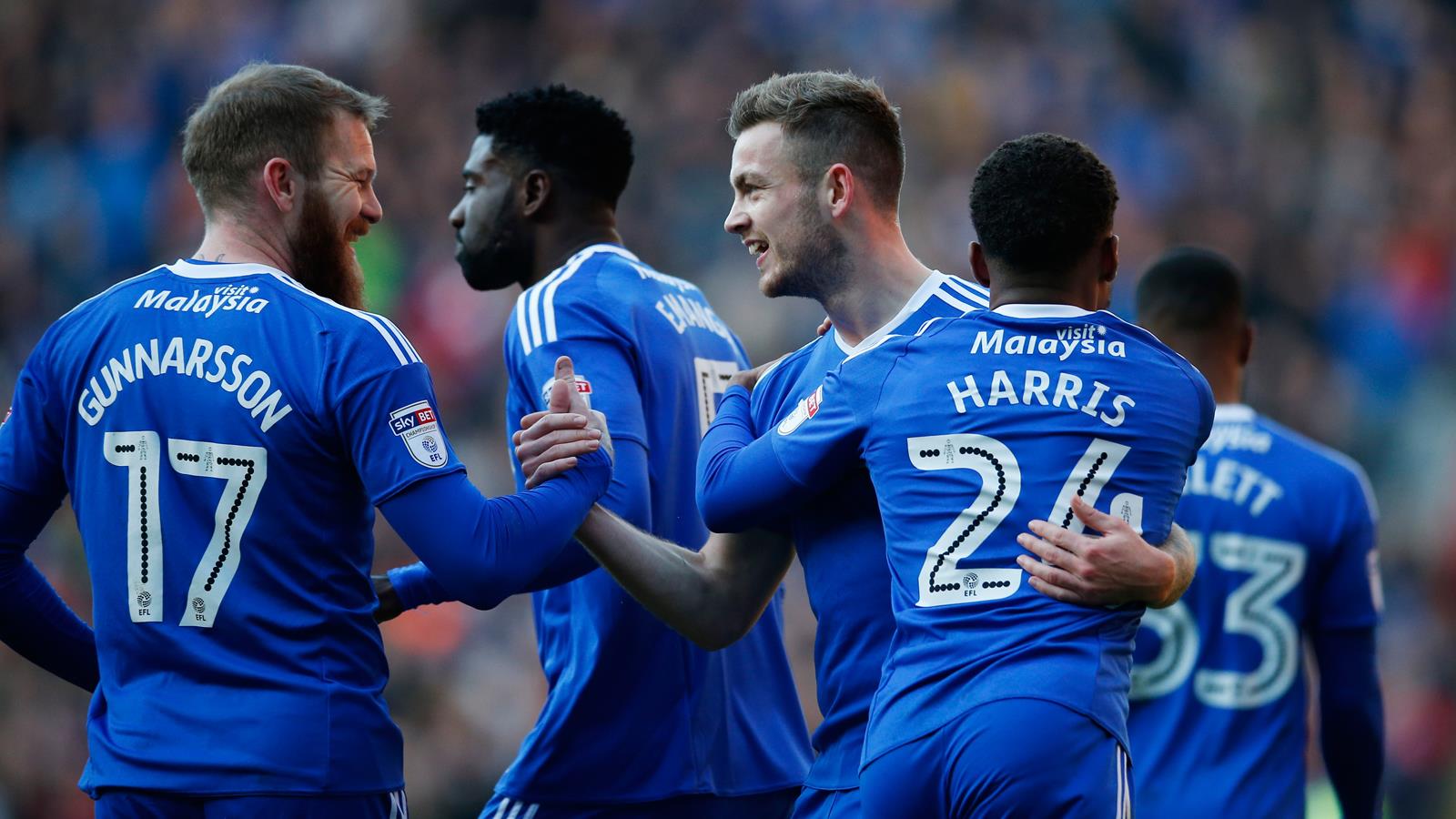 Joe Ralls' first half strike at CCS saw the Bluebirds kick off the New Year with a battling victory over Steve Bruce's Aston Villa.

After dominating the opening minutes, the Bluebirds got their deserved opener through Joe Ralls. A succession of set-pieces delivered by Joe Bennett gave the Villa defence a scare, before the midfielder finally found the net from a corner. The low ball evaded Sean Morrison and Aron Gunnarsson, before Ralls tapped home into the bottom corner.

With City dominating through Kadeem Harris on the left flank and Kenneth Zohore up front, the home side went close again with another set piece. In the absence of Peter Whittingham, Bennett took up free-kick duties, with his low effort going narrowly wide of the post. Another good chance fell to Harris, who placed the ball over the bar from inside the box following a Lee Peltier pull-back. At the other end, Villa’s best chance fell to Ashley Westwood, who blazed well over from the edge of the area.

As the half drew to a close, there were significant chances at both ends. A last ditch Morrison block prevented a certain Villa equaliser following a cross from the right flank. Minutes later, the impressive Zohore smashed a volley against the crossbar after a flick on from the Cardiff skipper. The Dane had another golden opportunity soon after thanks to some tenacious closing down, although he was denied by a valiant block whilst pulling the trigger, bringing the entertaining first half to a close.

The first real chance of the second period fell to Gunnarsson, who went past Nathan Baker and into the box, only to drag his shot wide of the mark. The visitors began to grow into the game, with Ross McCormack coming close. A superb free-kick from the former Bluebird crashed against the crossbar, as the Villans looked to get an equaliser. Thanks to some spirited defending, a quick counter attack saw Ralls have another effort on goal, this time saved by Bunn. Another excellent Brian Murphy save thwarted McCormack soon after, as the game moved into the final twenty minutes.

After a Man of the Match worthy debut at Brentford, keeper Murphy showed his class once more, stopping Gabriel Agbonlahor from close range with a great save. Last ditch defending from Ralls denied Albert Adomah from striking, before Leandro Bacuna fired over. The visitors had two hopeful shouts for a penalty, with Harris and Bennett involved, although both were waved away.

Superb, late interventions from the returning Sol Bamba and the defensive pairing of Morrison and Manga secured the three points, to the delight of the majority of the 21,391 strong crowd.

After the FA Cup visit of Fulham on Sunday, the Bluebirds head to Bristol City for a Severnside Derby clash in our next league fixture.