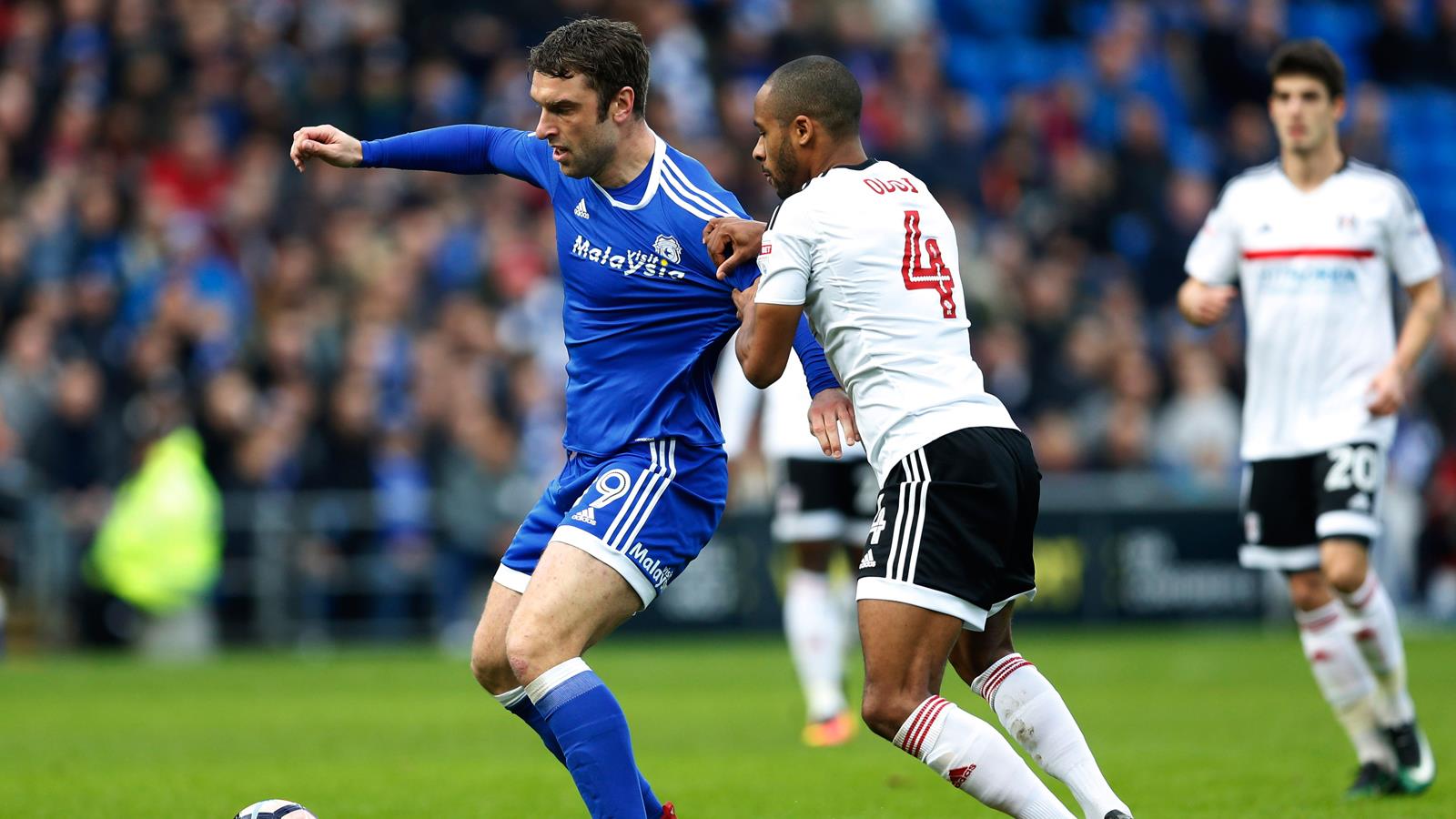 
Cardiff City bowed out of the Emirates FA Cup at the Third Round stage as Fulham came from behind to win 2-1 at Cardiff City Stadium.

City got off to an ideal start when Joe Ralls was brought down just outside the penalty area. Anthony Pilkington stepped up to take the resulting free-kick and saw his effort take a wicked deflection off the wall, wrong-footing Marcus Bettinelli to give the Bluebirds the lead.

Pilkington had a chance to double his tally soon after, but could not keep his effort down.

With the game approaching the fifteen-minute mark, Fulham’s Ryan Fredericks worked his way up the right flank and put in a dangerous low cross that found Stefan Johansen – the Norwegian firing in from close range to level the contest.

While Sol Bamba did superbly to keep tabs on Lucas Piazon and Sone Aluko at the back, Bettinelli had to be on hand at the other end to palm Joe Ralls’ strike to safety.

The visitors were beginning to build up a head of steam as the game reached the half hour mark. Indeed, after Aluko fired another warning shot straight at Murphy, Fulham soon found their second goal.

It came when Tom Cairney saw his shot bounce back off the bar,  but full back Ryan Sessegnon was first to tap in from close range.

After the interval, Emyr Huws got himself into a good position on the edge of the area, but saw his low effort well saved by the ‘keeper.

With just over twenty minutes to go, eighteen year old Mark Harris came on to make his Cardiff City debut. The Bluebirds’ Academy product is fresh from signing his first professional deal at the Club.

As the game approached the closing stages, some good play from the newly introduced Harris set Joe Bennett free. The full back drove into the box and appeared to be brought down, but the referee waved away the protests.

While five minutes of additional time were played, the Bluebirds were unable to find an equaliser to force a replay, seeing them bow out of the competition at the Third Round stage.