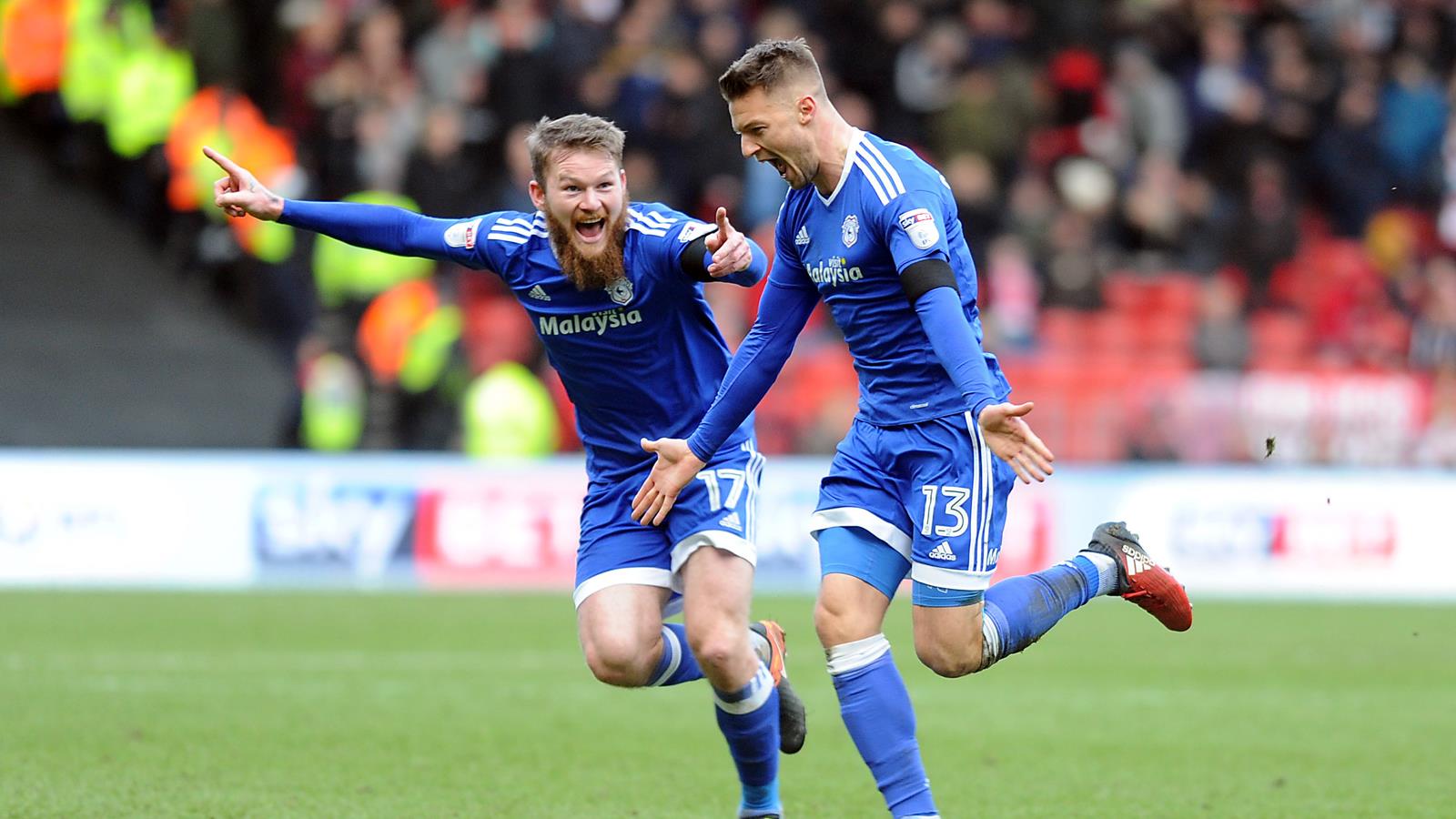 The Bluebirds came from behind twice at Ashton Gate to secure a dramatic 3-2 victory in the Severnside Derby.

Anthony Pilkington's penalty had levelled things up after Joe Bryan gave the home side the lead. Then, after Tammy Abraham struck back, Kadeem Harris' late header and Pilkington's wonder-goal turned things around in hugely dramatic circumstances on derby day.

The Bluebirds emerged from the Atyeo Stand tunnel underneath City's 2,098-strong travelling contingent, looking for a league double over their Severnside rivals.

City turned the Robins over in Neil Warnock’s first game at the helm in October, and they looked composed under the derby-day pressure once again, keeping the ball in the Bristol City half early on.

Kenneth Zohore was leading the line admirably for City, with Anthony Pilkington and Joe Ralls often first to pick up the pieces behind him.

The Bluebirds’ best chance of the opening half fell just before the ten minute mark, as an Aron Gunnarsson long throw was cleared to Peter Whittingham outside the box. Ten years and three days since he joined the club, Whitts struck a powerful half-volley which was cleared just over.

The Bluebirds had to deal with a couple of dangerous free-kicks from the home side, but the City back line threw their bodies in front of everything that came their way.

Just six minutes after the interval, the home side took the lead out of the blue. Joe Bryan struck from long range and, with Brian Murphy at full stretch to palm it against the woodwork, the ball was diverted into the back of the net.

With the score unchanged, the Bluebirds made a double change on the seventy minute mark as Kadeem Harris and Junior Hoilett replaced Whittingham and Joe Bennett.

City’s route back into the game came soon after, as Ralls got to the ball first on the corner of the area. Despite taking the ball away from goal, he was clearly taken out to give City a spot-kick, which Pilkington converted confidently for 1-1.

The Robins struck back within five minutes as they flooded the box in search for their second. It came through their danger-man, Abraham, who converted from close range to restore their advantage.

However, City weren’t fazed after their opponents regained the lead, as Warnock's men went all out for a response in the final ten minutes.

The late drama began in the eighty-second minute, as the Bluebirds' two substitutes combined. Hoilett swung in an inch-perfect cross that Harris met with a bullet header to find the back of the net.

The late leveller looked likely to send the Bluebirds fans back across the Severn Bridge with smiles on their faces, but there was still more to come at Ashton Gate.

After Gunnarsson saw his drilled effort whistle past the post, City saw an opportunity to get the winner.

With just five minutes left, Pilkington picked the ball up thirty yards from goal and let fly. His strike picked out the very top corner of Fielding’s net, sealing an incredible come-back, and writing yet another chapter in the Bluebirds’ Severnside Derby folklore.