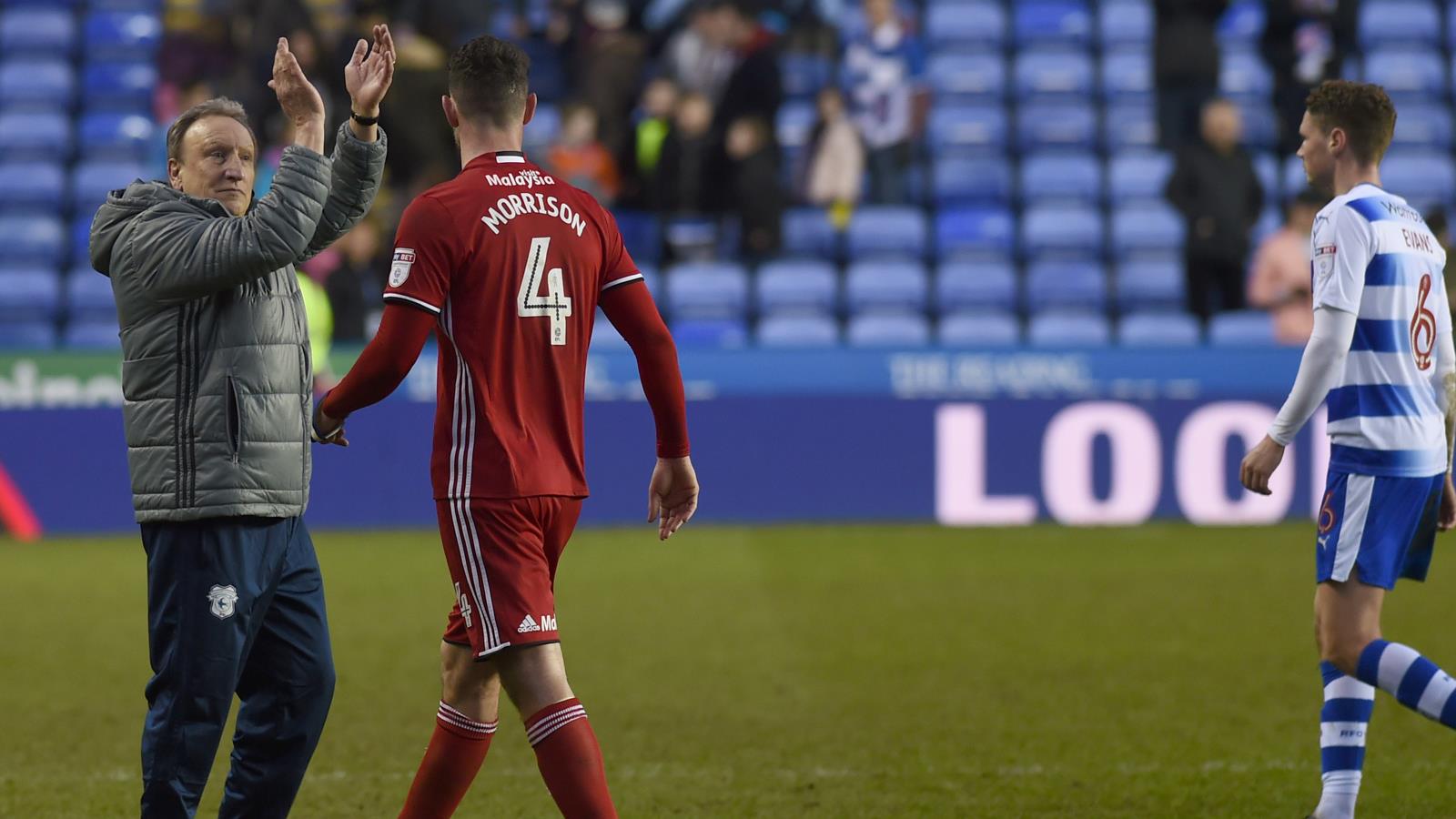 WARNOCK POST-READING: "A GOOD LESSON FOR US"

After a narrow defeat to third placed Reading on Saturday, Bluebirds boss Neil Warnock gave his thoughts to the assembled press & media at the Madejski Stadium.

“We put it all in again, same as on Tuesday night, and lost to a goal that shouldn’t have been,” Neil began. “I thought the goal today shouldn’t have been, so it’s frustrating. We’ve got another three or four tough games, and I’d rather play rubbish in the next few weeks and get a few wins under our belts.

“I thought it was a free-kick, but I wasn’t happy with how it went in. There were a number of incidents, but those things haven’t lost us the game. I think it’s a great lesson to us all. We’re not far away really, probably nearer than I thought.”

Joe Ralls’ penalty had levelled the scores before half time, but the Royals earned the win in the second half, holding out against a flood of late City attacks.

“I thought we had all the chances, especially in the second half when we stepped up a gear. But we're where we are because we don’t score goals when we’re on top. We got in some good positions today, but reactions weren’t quick enough in that penalty area, and that’s what you need at the Championship level.”

Neil concluded with an assessment of the overall performance, with his sights set on the next few games, starting against Preston North End on Tuesday.

“We’ve got honest players, who all worked hard today, everyone gave their all. I thought the fans were brilliant again today, they turned out in numbers, and we need it. I don’t think we’re far away from being a very good side. I’ve got a lot of time for the people above me, and I think the fans are really behind me. We’ve got to look after ourselves, put our own house in order. We’ve got a good spine, you don’t get many better than what we’ve got.”