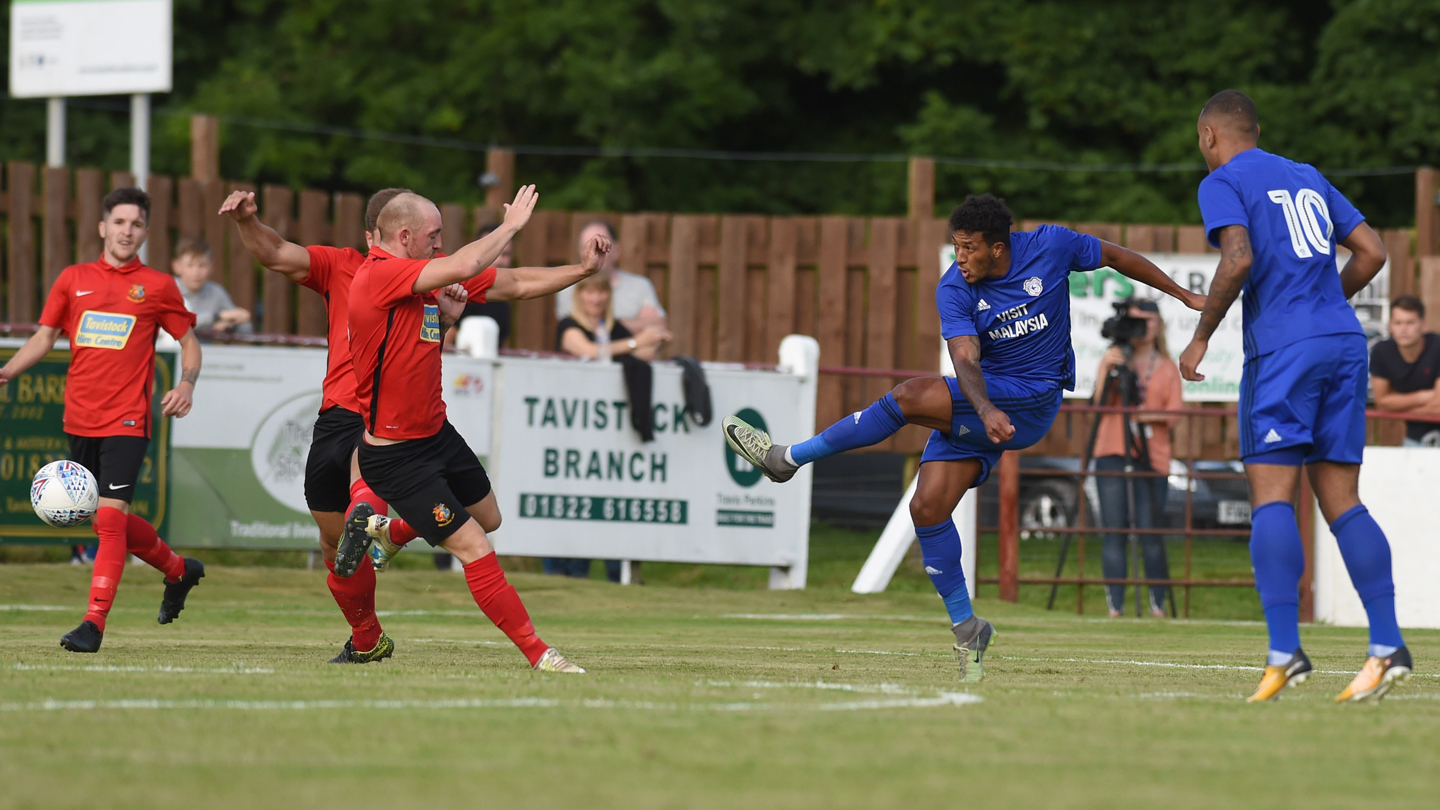 City’s pre-season continued with a convincing 7-2 victory over AFC Tavistock in Devon on Monday evening.

The Bluebirds started with intent, playing with a greater pace and purpose than at the more relaxed run-out at Taff’s Well last Friday. Indeed it bore fruit very early on in the game, as when the ball fell to the feet of Nathaniel Mendez-Laing, the wide man struck home via the aid of a deflection with just two minutes on the clock.

There was no let up during the opening ten minutes as Mendez-Laing, Kenneth Zohore and skipper Sean Morrison came close to extending the lead. But despite being denied at this stage, a second goal seemed inevitable - and it came after 13 minutes. Excellent wing-play from Mendez-Laing saw the former Rochdale man square a pass to Idriss Saadi, allowing the striker to slot home from close range.

Some lovely work between Mendez-Laing and Lee Peltier almost saw the latter strike home on the volley after 18 minutes, though it wouldn't be long before City’s third came. Terrific play from Kadeem Harris and his subsequent cross allowed Zohore to rise highest and head home via the aid of the post.

Adam Carter’s 25th minute goal for the hosts wasn’t in the script, though he did well to evade the offside trap and strike home confidently past Brian Murphy. But it was soon back to business as normal, Zohore getting his second of the game following a terrible back pass; the striker strode through the helpless Tavistock defence, slotting home confidently with his left foot on the 30 minute mark.

Despite finding a goal, Tavistock seemed beaten by City’s fourth. The Bluebirds were clinical time and again - registering a close-range fifth through Saadi and then a sixth as Mendez-Laing burst into the area and slotted home a composed effort. By half time, the route had been confirmed.

There were wholesale changes for City at the break and although the regularity of goal-scoring had diminished, there were still good opportunities for Joe Bennett and Matty Kennedy early on in the half.

Danny Ward had a couple of good opportunities too, having found excellent space in the area, though it was Tavistock who scored next from the penalty spot. Bruno Ecuele Manga had been adjudged to have taken Adam Carter down in the area and the Tavistock striker stepped up to slot home his and his side’s second of the game.

The game slowed dramatically in the closing exchanges, as would be expected in the July heat in Devon. But there would be a final say from the Bluebirds, as Joe Ralls fired home left-footed to make for a final score of 7-2. Pre-season would read two games out of two for City - with Bodmin next up on Wednesday.