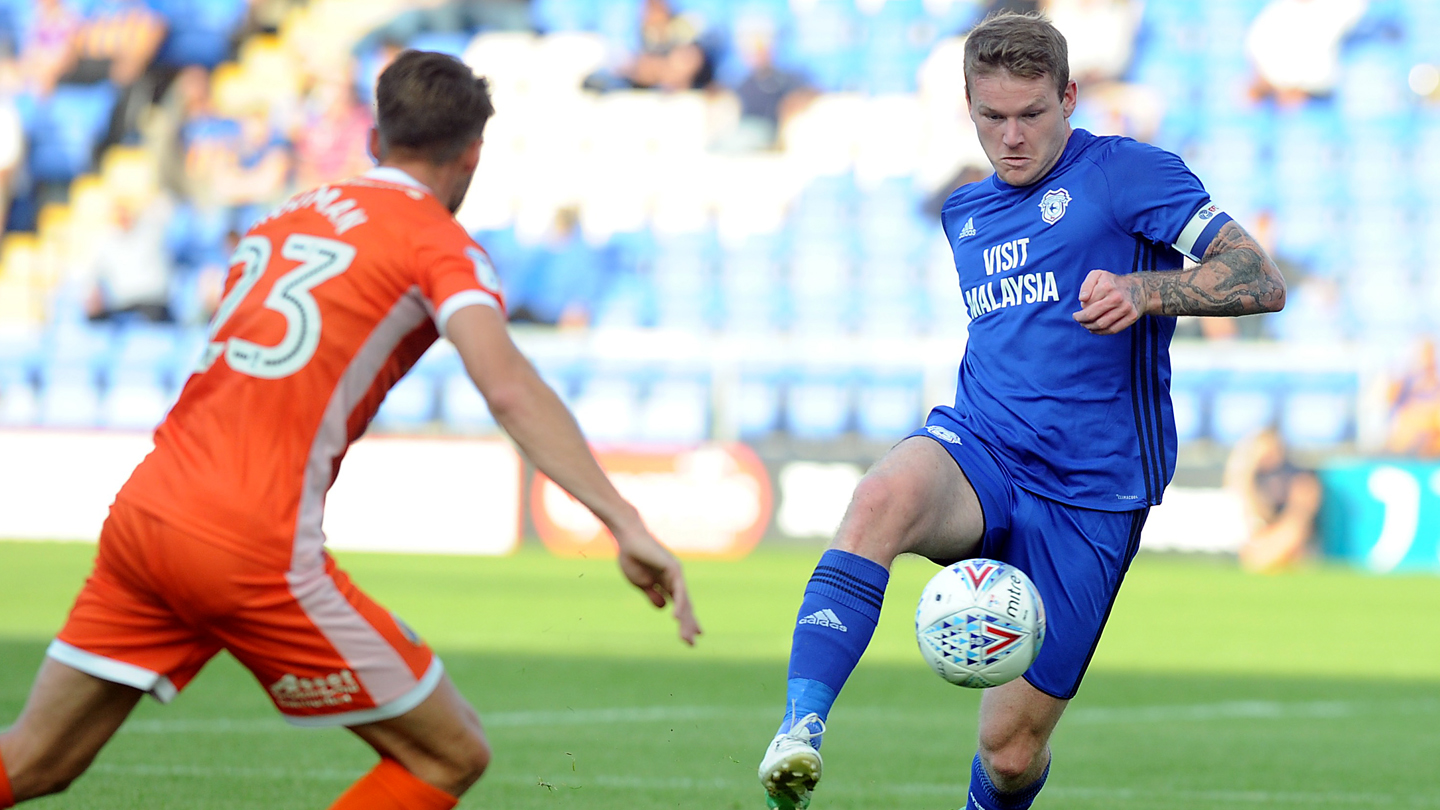 The Bluebirds fell to their first defeat of pre-season at the Montgomery Waters Meadow, with two quick-fire second half goals enough to win it for Shrewsbury.

The Bluebirds started brightly in the opening period, going close through Nathaniel Mendez-Laing. Striker Kenneth Zohore played a clever reverse pass which released the summer signing in the Shrews box.

After cutting inside his man, Mendez-Laing was unable to find the target with the finish, seeing the ball cleared away. From the resulting throw-in, Zohore saw an effort from inside the box blocked by Salop keeper Dean Henderson.

The two attacking Bluebirds combined again after thirteen minutes, through a move that began with an exquisite Lee Tomlin pass. His outside-of-the-boot ball found Mendez-Laing on the far flank, before a pass to Zohore ended in a corner kick.

Tomlin again showed his quality six minutes later, with a free kick which dipped narrowly over the crossbar.

Despite some better play from the hosts later on in the half, City took a deserved lead a minute before the interval. Tenacious work from Zohore saw him win back a seemingly lost ball, before cleverly spinning his man in the area. On hand was Mendez-Laing, who neatly applied the finishing touch to put Cardiff ahead at the break.

Shrewsbury built on their improved play towards the end of the first half, coming quickly out of the blocks in the second period. Their efforts were rewarded after only five minutes of the half, when Lee Peltier was adjudged to have brought down Shaun Whalley inside the City box. The same player stepped up moments later to convert the spot-kick, despite the best efforts of Neil Etheridge who got a touch on the ball.

Almost instantaneously, Salop completed the turnaround through Louis Dodds. Whalley was again instrumental, seeing his first effort from inside the box saved. However, Dodds was on hand to follow up, smartly slotting the ball into the net.

In response, the Bluebirds had a number of chances; namely Anthony Pilkington’s free kick which deflected narrowly wide, and Danny Ward’s fiercely struck late effort, which again was inches away from the top corner.

However, it wasn’t enough to prevent a first defeat of the summer, with Livingston up next at CCS for our final friendly before League action gets underway.