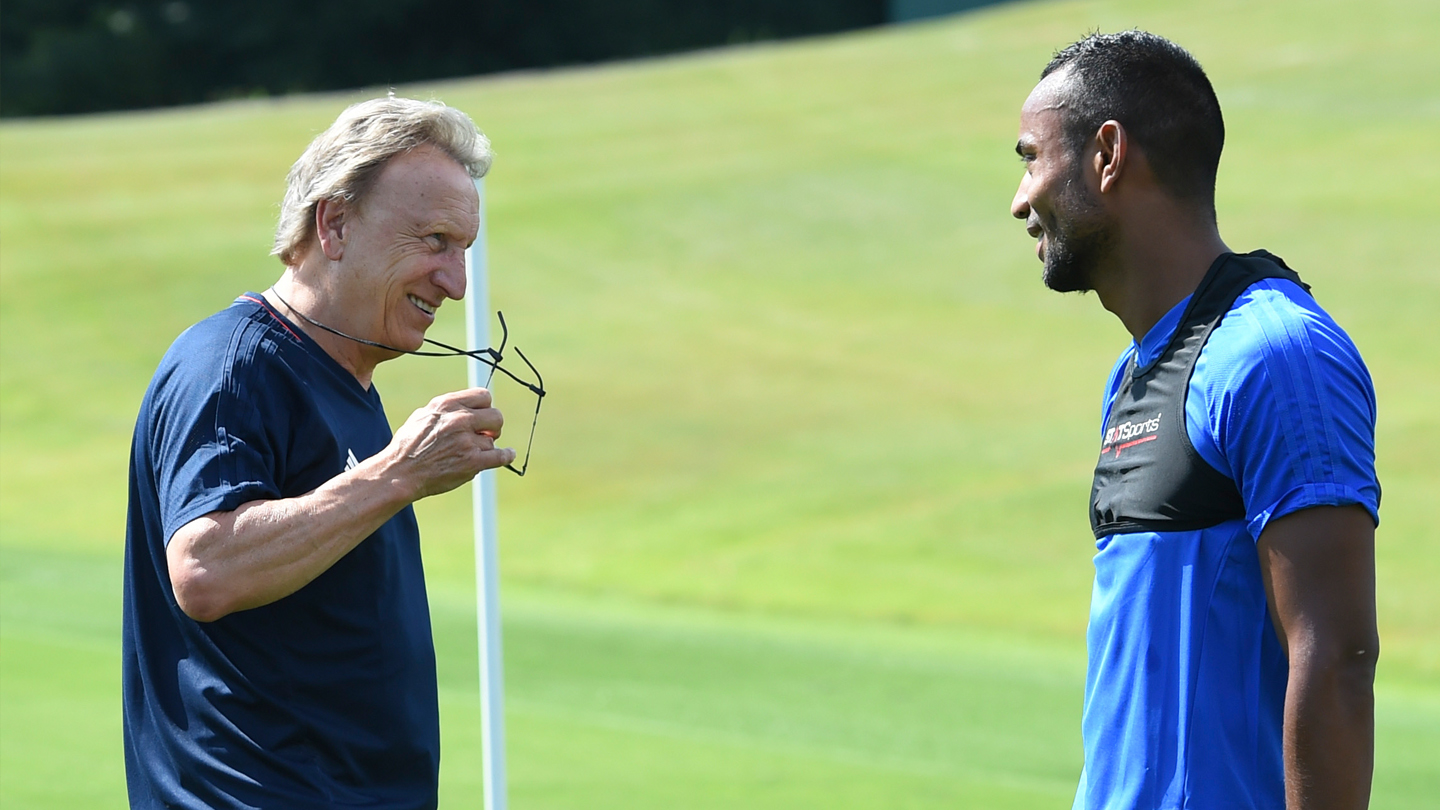 Neil Warnock spoke exclusively to iFollow Cardiff City at the end of the Bluebirds’ fourth day of pre-season at The Vale Resort.

With preparations coming along nicely, Neil explained what he expects from his troops during the opening days of pre-season.

“Nowadays it’s a little bit different, the lads generally come back in decent condition,” began the Gaffer. “They know they will be straight into it, as you’ve seen today – that was a tough session really.

“I’m not a big believer in double sessions in pre-season, where they have to cool down and start warming up again. I think it asks for a little bit of trouble with the injury situation. The lads are working hard, but they’ll enjoy the rest as well.”

Looking forward to City’s upcoming pre-season tour to Cornwall, Neil revealed more of the Bluebirds’ plans for the week, including an open training session.

“There’s three decent pitches and then it finishes with Plymouth Argyle on the Friday, so it doesn’t affect the weekend,” he continued. “I like getting them all together.

“Later in the week we’re going to be training at a place called Duchy College on the Thursday [20th July], and the fans are going to be welcome to come and watch us there.

“It’s in Stoke Climsland, and we’ll have an open day session there, so I’m sure the fans that are down there will come to watch us train, get a few autographs and see the new players.”

Finally, Neil looked ahead to City’s first home game against Aston Villa, another team who have been active in the transfer window this summer...

“We couldn’t wish for anything better, could we really? And for John [Terry] – I think it will be a good test for him, as Ken Zohore’s done really well in the last few months.

“I’m sure that Ken, and Danny Ward, will be looking forward to playing against such a great player as John.”