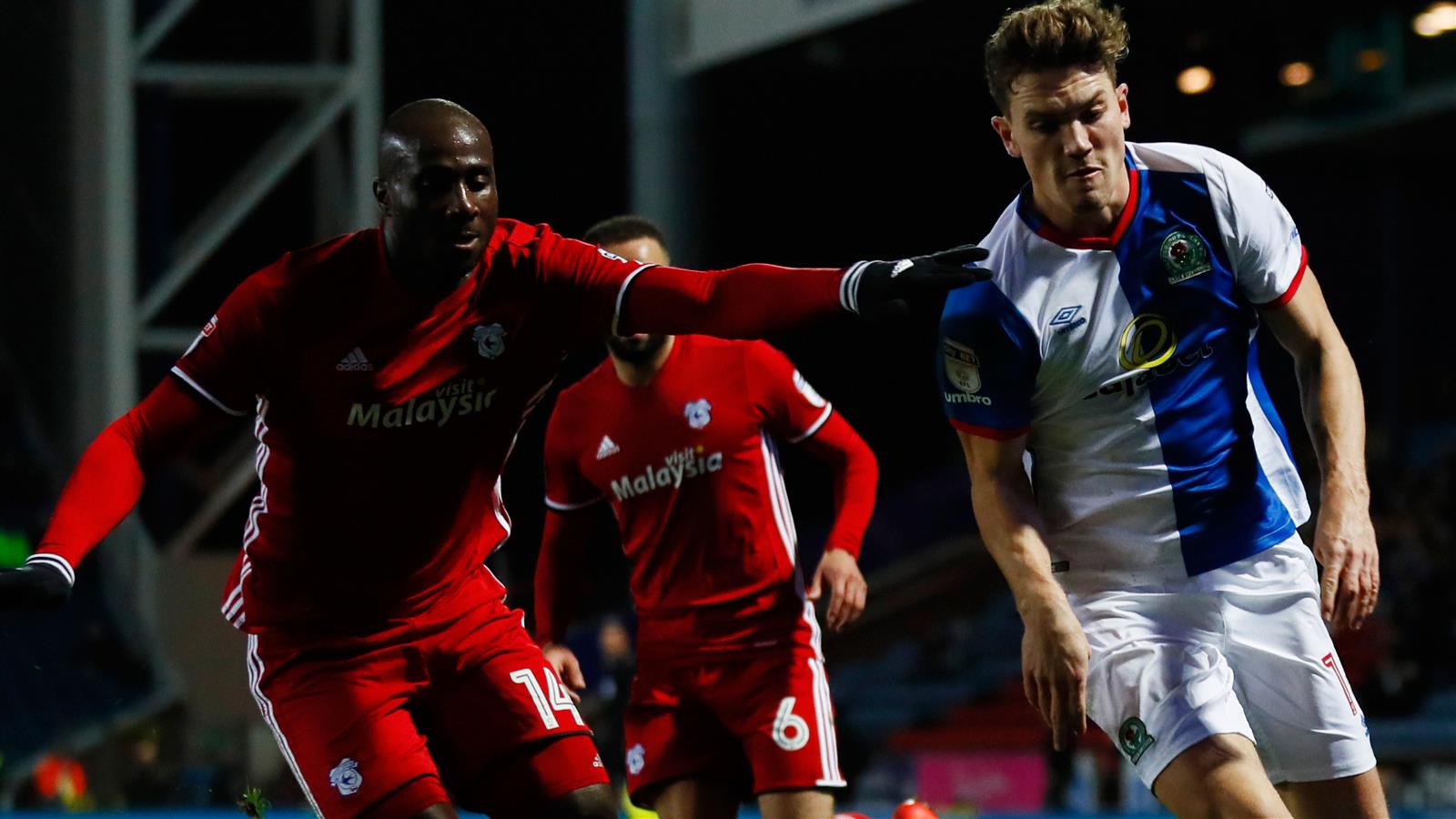 The Bluebirds drew 1-1 away to Blackburn Rovers in the Sky Bet Championship on Tuesday night. Kenneth Zohore netted for City in the first half but a last gasp goal from Rovers’ Derrick Williams ensured the game ended all square.

The home side had the better of the early exchanges, under the lights at Ewood Park. Rovers’ first chance of the game arrived after five minutes when Marvin Emnes found Derrick Williams, but the defender’s shot whistled just past the post. Moments later, Danny Guthrie sent in a dangerous cross for Blackburn, aimed at Liam Feeney, but Joe Bennett was alive to the danger and managed to head the ball behind.

Blackburn continued to press and won several corners, however the Bluebirds defence was equal to the aerial threat. With nearly half of the first period played, Kenneth Zohore went on a powerful run, leaving Blackburn defenders in his wake. The striker picked out Kadeem Harris in a good position but the winger was tackled before he could get a shot away.

Zohore had been looking dangerous and with the game approaching the interval he got on the end of a Greg Halford long throw and hammered an effort against the cross bar. He would not have to wait long to break the deadlock, though, as moments later he spread the ball out to Jazz Richards & Junior Hoilett on the wing. The Canadian international swung in a cross and Zohore met it at the back post, volleying the ball left-footed past ‘keeper Jason Steele to give his side the lead.

With the game approaching the hour mark, Blackburn’s Ryan Niambe carried the ball down the wing before finding Feeney with a dangerous cross. The midfielder headed the ball goal-wards but Richards was alert and brilliantly headed the ball off the line.

Minutes later, Richards was at it again, this time clearing a Danny Graham shot out of harm’s way after he was picked out by Marvin Emnes. The Bluebirds had soaked up some hefty pressure but they were still managing to create chances of their own. Sol Bamba drew a smart save out of Steele with an instinctive volley from the right hand side of the penalty area.

Rovers were throwing everything at City now, Emnes, who had been threatening all night, picked out substitute Hope Akpan with an accurate pass; but the midfielder could only fire wide of the post from just outside of the area.

Rovers got their goal with the game entering its final moments. Connor Mahoney picked the ball up on the wing before whipping in a cross that was expertly brought down by Derrick Williams. The defender then managed to prod the ball past McGregor from close range to level the contest. There was still time for former Rotherham man Halford to go close with a curled effort from outside the area, but the final whistle went moments later to signal a draw between the two sides.