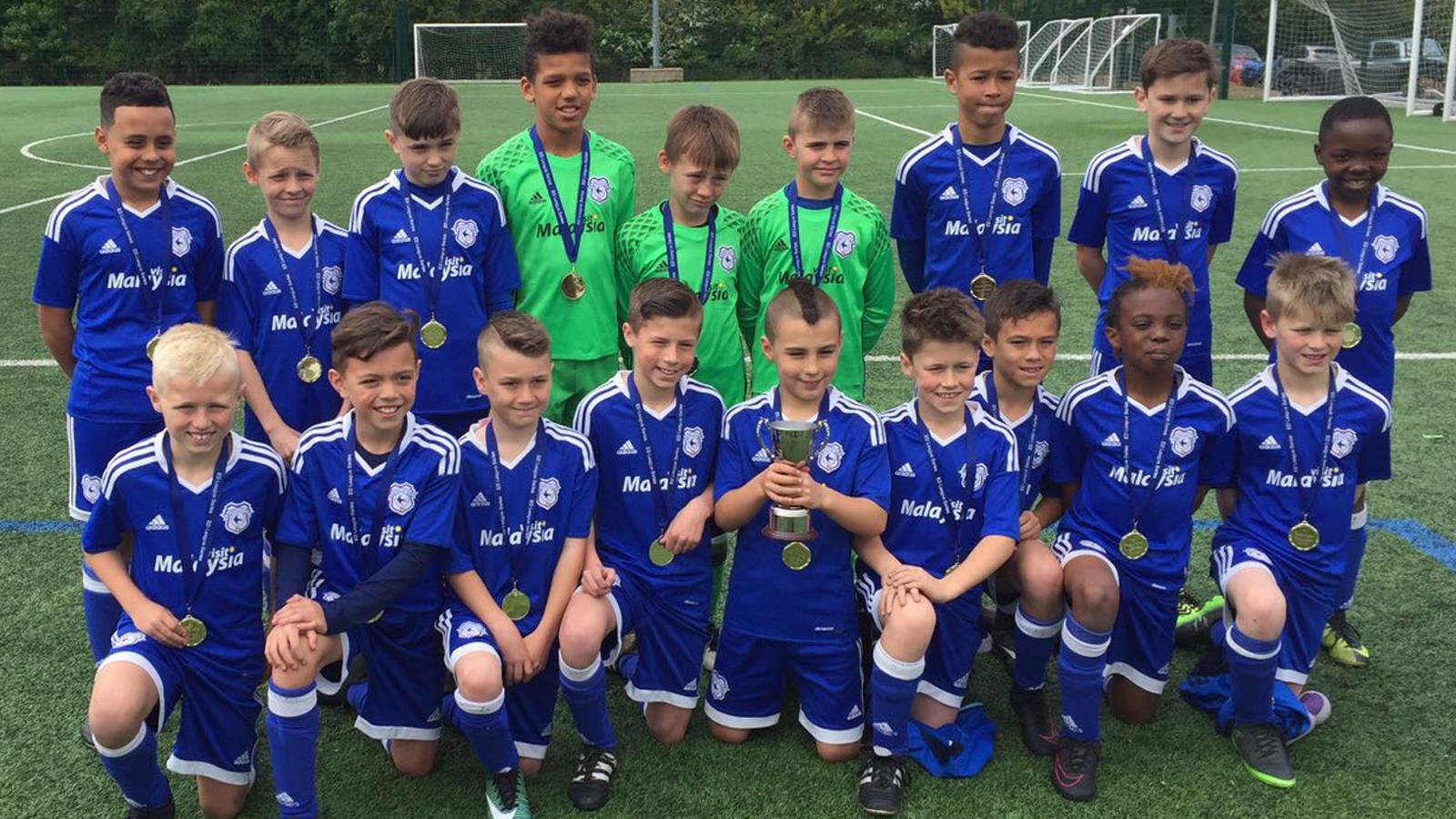 At the beginning of the 2016/17 campaign, Cardiff City Football Club’s Academy was delighted to be invited to be one of the founding members of the Eamonn Dolan League Tour Series.
Reading FC Academy Director Eamonn Dolan passed away in June 2016 following a courageous battle against cancer. Eamonn was an innovator in youth football and an inspiration to all who met him.
The Cardiff City FC Foundation Phase U9, U10 & U11 teams have participated across the season in six rounds of five fixtures against the likes of Reading, Swindon Town, Swansea City, Southampton & Bath Schools with the tour series designed as a way to introduce competitive league football to the younger age groups.
The Eamonn Dolan League Tour Series for 2016/17 concluded on Saturday, 29th April 2017 at Reading FC with Cardiff City’s U9 & U10 teams comfortably winning their respective leagues and our U11 side finishing in second place behind the Royals.
Speaking of the triumphs and lessons learned during a highly entertaining and creative tournament, Cardiff City FC Academy’s Lead Foundation Coach, Lawrence Hallett, said: “The EDLTS has proven hugely successful and gratifying for us at Cardiff City FC this year, although the longer-term benefits are even greater.
"Academy football has, traditionally, not followed a league format – something that competing in the EDLTS addresses.
"Our mainland European counterparts engage in competitive leagues from the age of six, whereas UK academies start at 18. The EDLTS allows us to plug that gap and enable the introduction of competitive match mentality much earlier in the Academy pathway.”