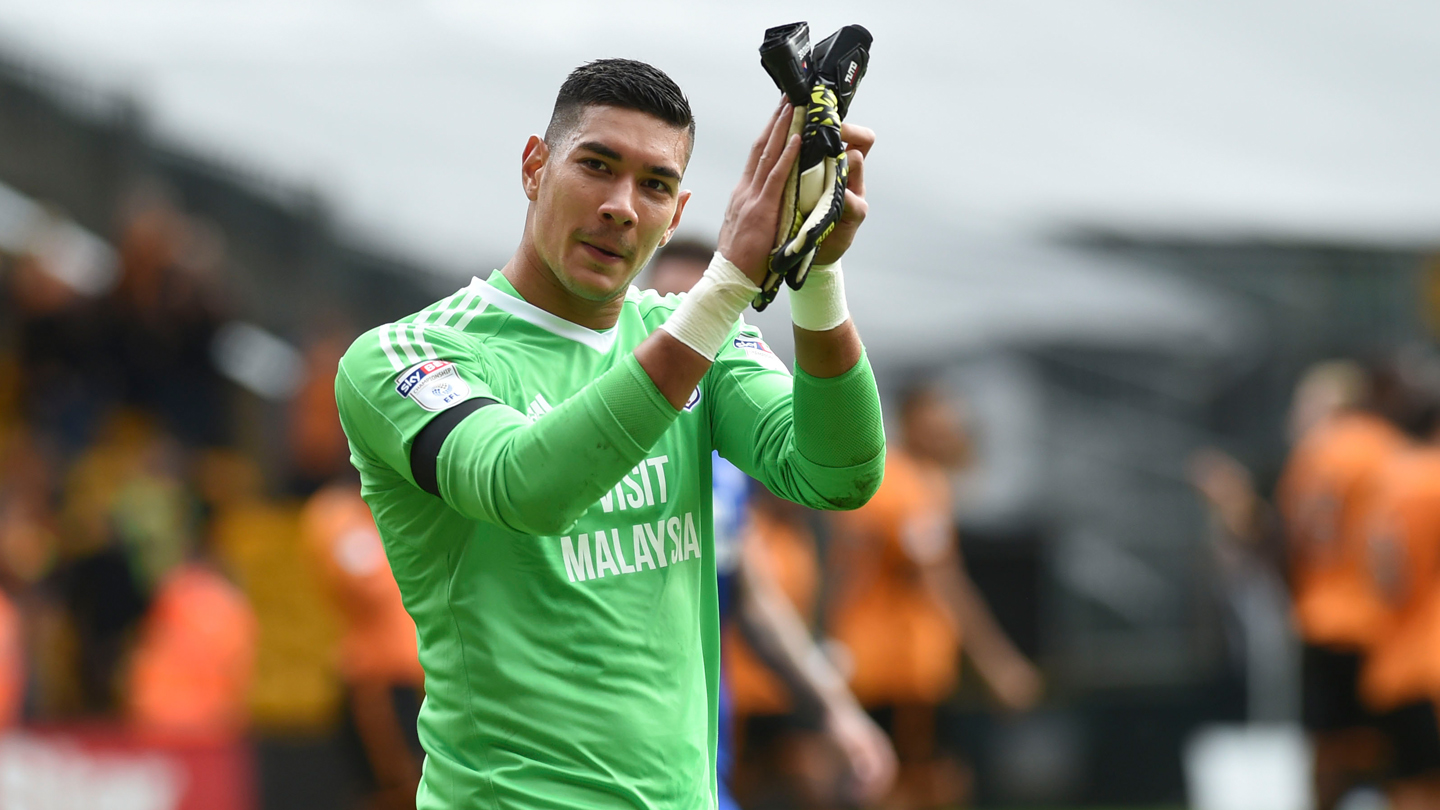 Etheridge: "There's even more of a competitive edge"

Neil Etheridge took on pre-match press conference duties on Friday morning as he looked ahead to City's weekend trip to Middlesbrough.

The 'keeper explained the atmosphere at the training ground, with the entire City squad determined to earn a positive result at the Riverside this Saturday.

"We've trained really well this week and there's even more of a competitive edge this week, to be honest," began Neil. "We know how important [Saturday's] game is away from home. We haven't lost two on the bounce so far, and we don't plan to tomorrow either.

"The players are a great bunch of lads, since I walked through the door. We've taken it upon ourselves, along with the Manager, to be as competitive as we can. That filters through down from the Manager to the players. We've showed that throughout the season so far and now Saturday is a massive game for us - we know that.

"We go out in every game looking to win, and this game is no different. We know that we have a squad deep enough to be where we are at the moment. Every player so far has played their part. We know how important it is to get a result at Middlesbrough to keep us at the top of the table."

A Philippines international with over fifty caps, Neil went on to explain the pride that he feels to represent his nation, who are currently excelling in Asian Cup qualification.

"I played for England U16s, and made the transition to play for the Philippines when I was eighteen," he continued. "I've been able to travel and see some fantastic places and different cultures. I've enjoyed every minute of it, haven't looked back and I've never regretted it.

"At the moment we're top of our group in the Asian Cup qualifiers and if we qualify it will be the first time in history.

"From international football going in to club football - I've seen so much and been blessed to play in front of large crowds, so there's not much I'm fazed by when it comes to the Championship, even though I have to say it's probably a much higher level."