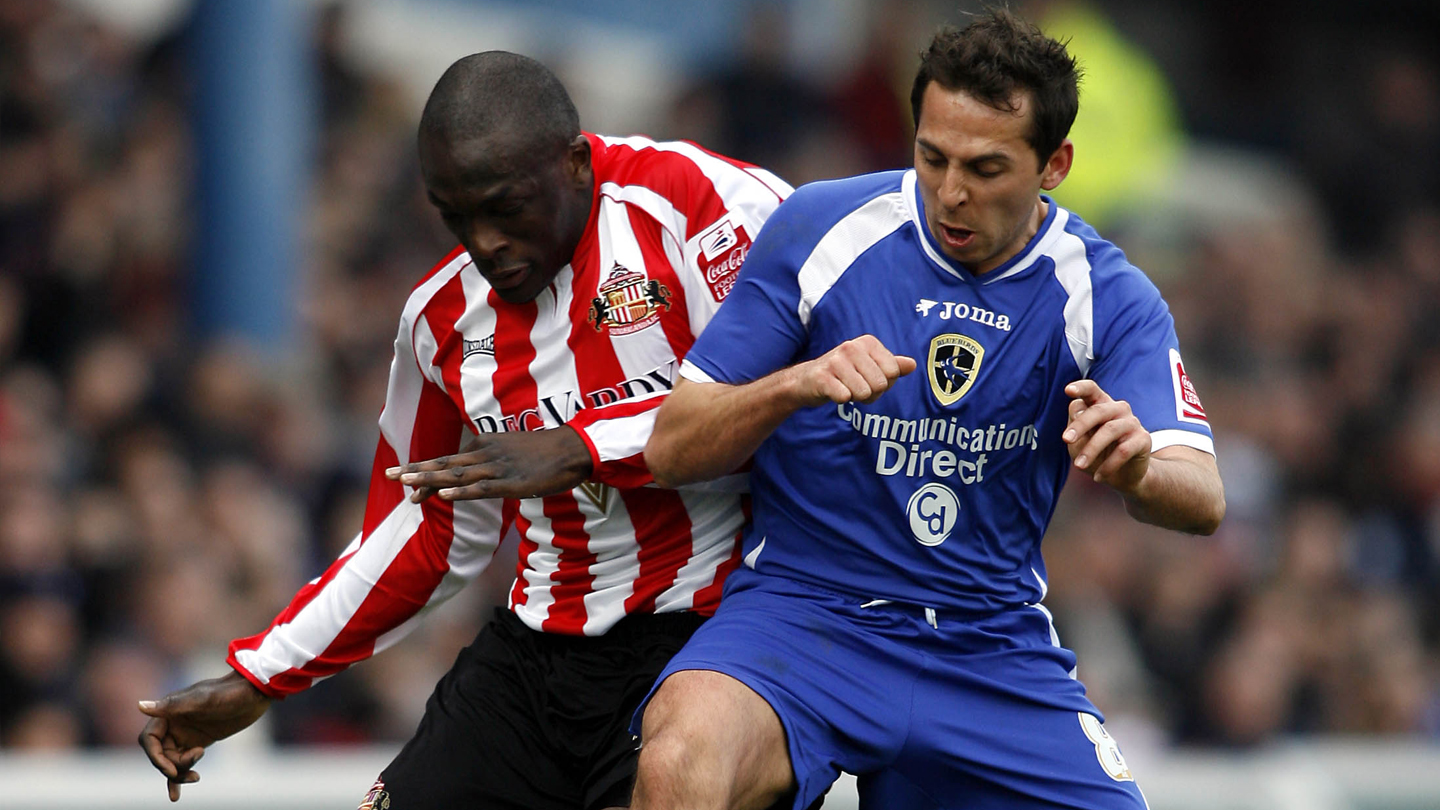 Club Links | Chopra: "This was the game I always looked forward to!"

On Saturday 23rd September, Cardiff City travel to the Stadium of Light where they take on Sunderland for their ninth Sky Bet Championship outing of the season.

Ahead of the game we spoke exclusively to former City favourite Michael Chopra, who played for both the Bluebirds and the Black Cats.

Of course, Chopra started his playing career with Sunderland's fierce rivals, and his boyhood side, Newcastle United. He made his senior debut for the Magpies on 6th November 2002.

However, after over thirty appearances in the black and white shirt, Chops signed a permanent deal with Cardiff City in June 2006.

It didn’t take him long to impress the City faithful, netting 22 times in 44 appearances for the Bluebirds. Indeed, a brace against Sunderland in October 2006 was just one of many moments to savour for the clinical striker.

“I remember the game very well - Roy Keane had not long been appointed manager of their club," Chopra told cardiffcityfc.co.uk.

“As an ex-Newcastle player and fan, this was the game I always looked forward to.

“I had a feeling that I was going to score - and I managed to score twice! It was a big thing for me, after I scored at the Stadium of Light six months earlier for Newcastle too.”

As a result of his fine form, Chopra was subject to Premier League interest at the end of the 2006/07 campaign. Among those chasing his signature were boyhood club rivals Sunderland, for whom he eventually signed in July 2007.

Chopra reflected on his move away from Ninian Park, explaining his choice to cross the Tyne-Wear divide.

“It was a difficult decision to make," he admitted. "But at the end of the day I'm a footballer and I'm not a fan anymore. I had to put to one side who I supported as a boy and think what is best for my career.

"The chance to play in the Premier League again and to work under a great player and manager like Roy Keane was too good to turn down.”

In his first season for Keane’s side, Chopra played a total of 34 games in all competitions, and remembers with delight his first competitive outing for the club.

“I played many games for Sunderland but the one that stands out was my debut against Tottenham Hotspur at the Stadium of Light," Chops said. "I was very disappointed not to start the game but when I got my chance I had to take it. That chance came in the 93rd minute...

“I scored and we won 1-0. It was so special, as I had to get the Sunderland fans on my side as quick as possible - especially as a former Newcastle player and fan. I had to show Sunderland I was committed to them.”

The striker's connection with the Bluebirds didn't end there, however. As just a year later, Chops was back in the Welsh capital. The Bluebirds managed to secure his return via successive loan deals in 2008/09, ahead of another permanent stint.

“I had a great time at Cardiff in my first season there and scored over 20 goals," he continued. "I loved my time there and loved how passionate the fans were. They made me feel so welcome and, with the team they were trying to build, it was right for me to come back to where I was loved.”

Chopra became renowned in the division for his goal-scoring exploits with Cardiff City and notched an impressive total of 63 goals throughout his entire time with the Bluebirds.

The former City number eight still has very fond memories of his time in the Welsh capital and hopes one day to return to cheer on Neil Warnock's men.

“I love the Bluebirds," he added. "I always look out for how well they are doing and hopefully I'll be able to get back soon.”

With two of his former sides clashing in the Sky Bet Championship this weekend, Chops thinks it's all set to be an exciting encounter.

“I think it's going to be a tough game," he said. "A lot of pressure is on Sunderland, having just been relegated and with a new manager.

"But with Cardiff doing so well at the moment, it’s going to be a very exciting game and I'm not sure which way it's going to go.”