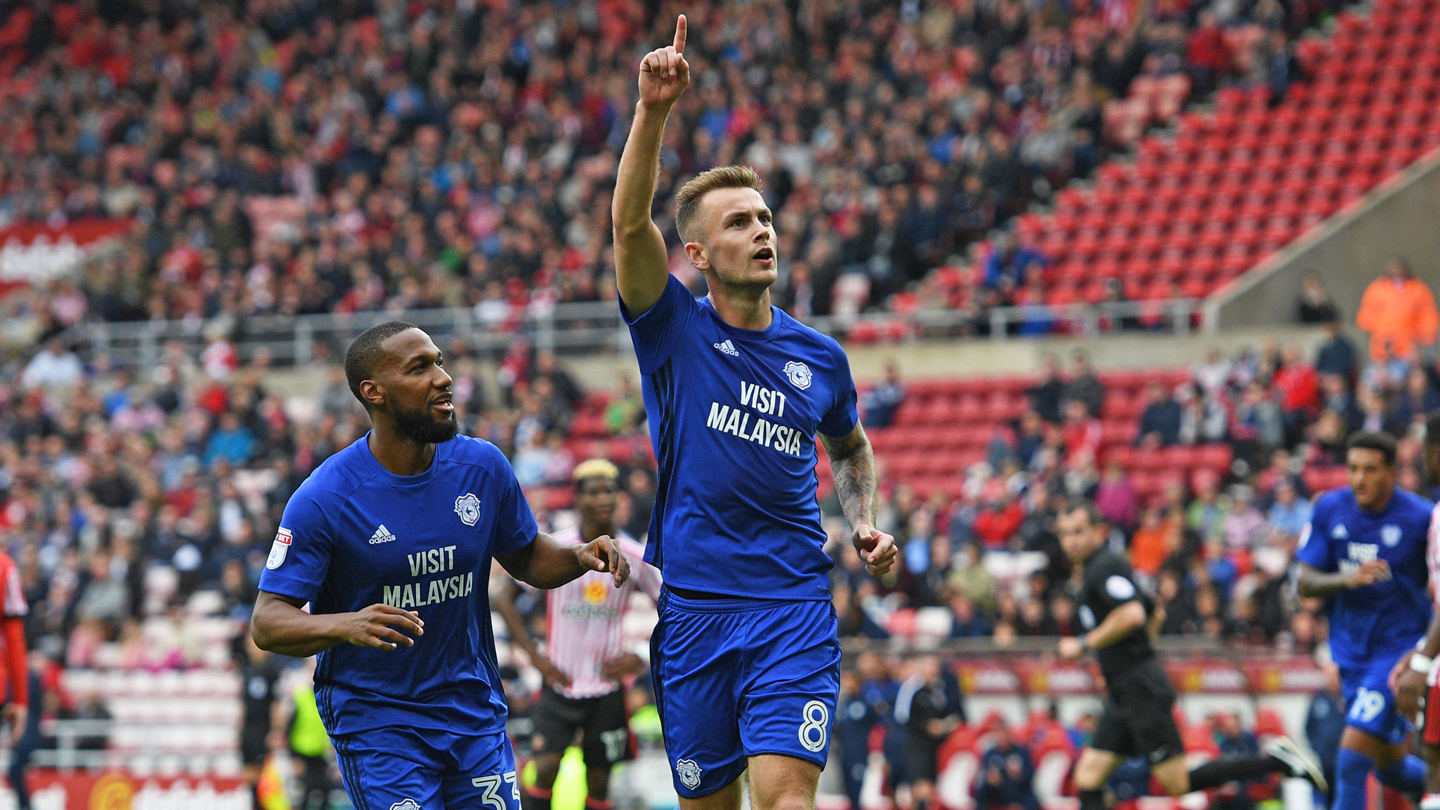 Joe Ralls steps up from the spot to earn City a deserved win on the road...

The Bluebirds started strongly in the North, and took an early advantage, scoring on seven minutes. Nathaniel Mendez-Laing flicked a long ball over his head towards the Sunderland goal, with on-loan midfielder Craig Bryson superbly reading the pass, and composedly placing the ball on the volley into the far corner of the net.

The away side continued this confident opening to the match, with Aron Gunnarsson and the impressive Bryson both going close to increasing the lead inside 15 minutes.

The Black Cats were restricted to long range efforts for the majority of the first half with Neil Etheridge saving well from Lyndon Gooch's curling shot on 21 minutes, before captain Sean Morrison made a smart block to deny Didier N'Dong four minutes later.

It looked as if Morrison was pulled down inside the opposition penalty box with ten minutes remaining in the first half, but referee Peter Bankes waved away City protests.

Bryan Oviedo very nearly levelled for the hosts on 43 minutes, curling a shot from 30-yards against the inside of Etheridge's left post, with the ball bouncing to safety.

Simon Grayson's side came out for the second half determined to show improvement against the dominant Bluebirds. Moments after being denied by Etheridge, USA international Lynden Gooch was felled in the penalty area by Morrison, earning Sunderland a spot kick. Gooch stepped up himself on 53 minutes to level the match, firing low into the bottom left corner.

This set-back spurred on Neil Warnock's team, who went immediately on the attack. Bryson & Gunnarsson again caused the away side problems, and both threatened the opposition goal. City were in control, but Sunderland looked dangerous on the counter. The third goal looked like it would be crucial in this encounter, and this proved to be the case.

After being denied in the first half, skipper Morrison was again bundled over in the box, with the referee this time deeming it worthy of a foul. Joe Ralls took on the responsibility from the penalty spot, and sent Robbin Ruiter the wrong way to give Cardiff City a deserved lead once again.

Sunderland tried piling pressure on the Bluebirds following this goal, but it was Warnock's side who looked most likely to score again. Substitutes Junior Hoilett & Omar Bogle unfortunate not to make the win more secure late on.